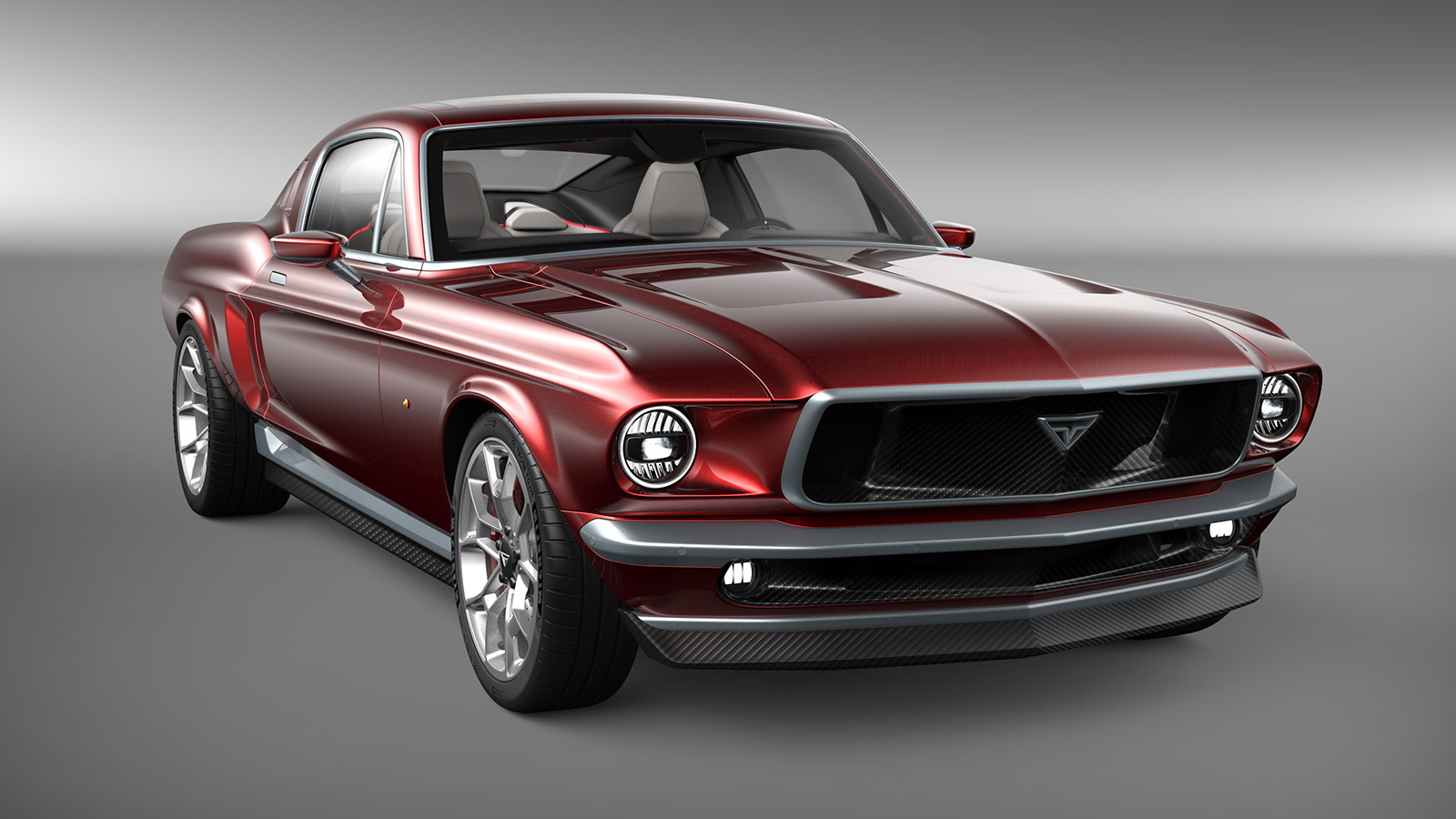 A classic Ford Mustang running on a Tesla Model S is the idea currently being developed by a Russian based company called Aviar Motors. Last week, Aviar Motors revealed a preview rendering of the finished product. Aviar calls the vehicle the R67 and says the car will be capable of 840 horsepower and use a 100kWh battery pack with two electric motors to reach 0-60 in less than two and a half seconds. The R67 looks like an iconic 1967 Ford Mustang, but the body is made of lightweight composite body panels to only look like a classic pony car. That means they are not using a donor ’67 Mustang as the body for this project. It will be a unique one of a kind vehicle using DNA from a Tesla Model S.

Tesla Model S parts will be visible throughout the R67 design. Most notably, Tesla’s large touch-screen infotainment system featured in the R67 interior. However, Aviar has designed the R67 with a new digital instrument cluster, round circular air vents for a hint of retro-nostalgic styling, and a bespoke three-spoke steering wheel. The exterior will feature a carbon fiber front grille and splitter, and carbon fiber side skirts. Aviar claims the R67 will be capable of a 315-mile range on a single charge, and because it uses a Tesla platform, the R67 is compatible with the Tesla supercharging network. The price has not been announced, but judging by all the labor involved, it’s safe to assume that it’s not going to be cheap.