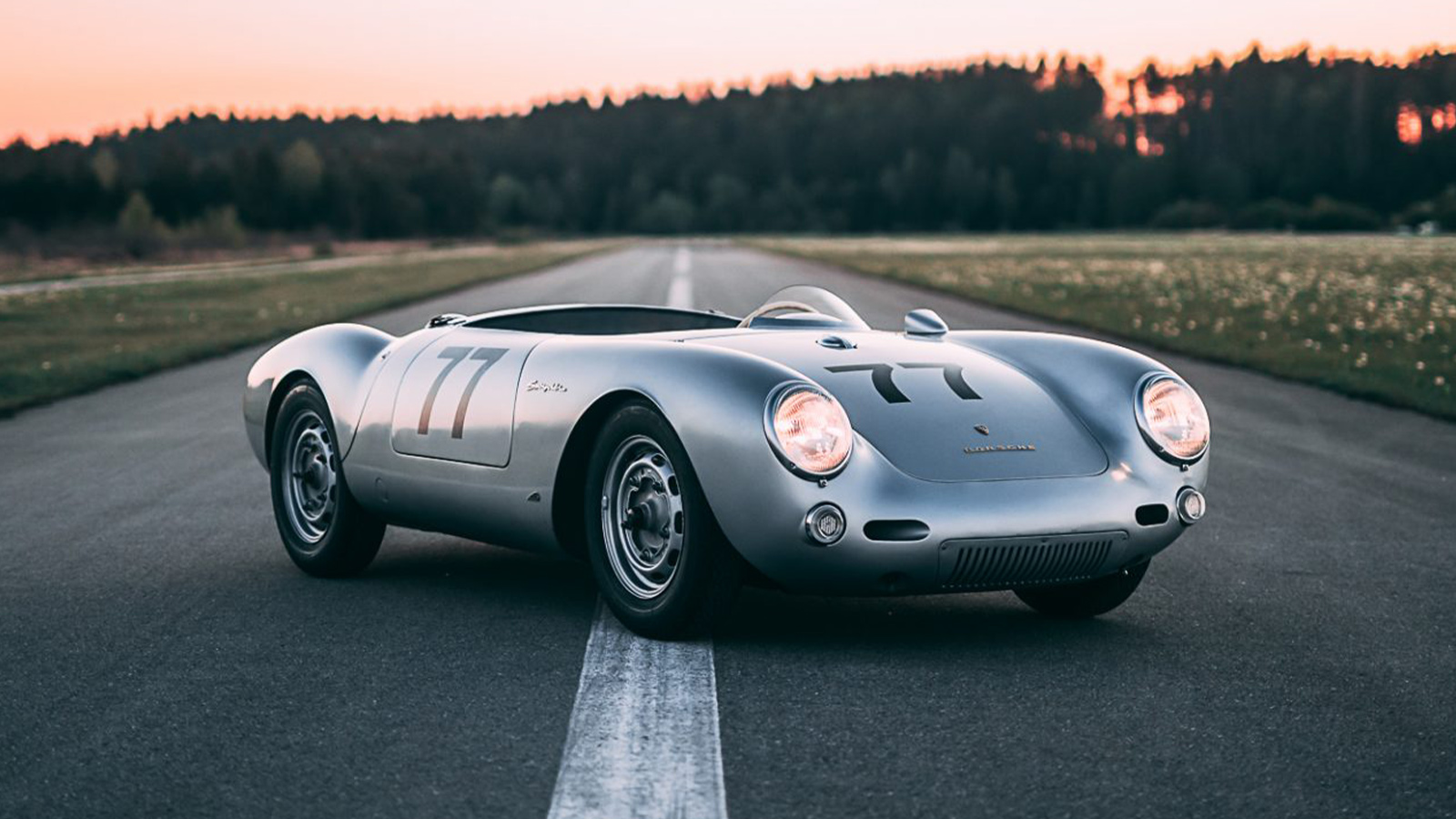 Collector car brokers Auxietre & Schmidt is currently offering a 1955 Porsche 550 Spyder. The price is only available to serious inquiries. This iconic sports car uses a 1.5-liter flat-four-cylinder engine producing 110 horsepower. In the hands of a capable driver, the Porsche 550 Spyder became known as a “Giant Killer” for its reputation of beating other cars with larger, more powerful engines. The secret was its lighter than air agility thanks to an approximate curb weight of just over 1,200 pounds.

In total, only ninety 550 Spyders were built from 1953 to 1956, making it one of the most desirable collector cars in the world. The car also has its own footnote in pop-culture thanks to its association with the death of Hollywood actor James Dean who was driving a 550 Spyder the day of his tragic accident. That particular Porsche 550 Spyder was believed to be haunted and its whereabouts are unknown to this day.