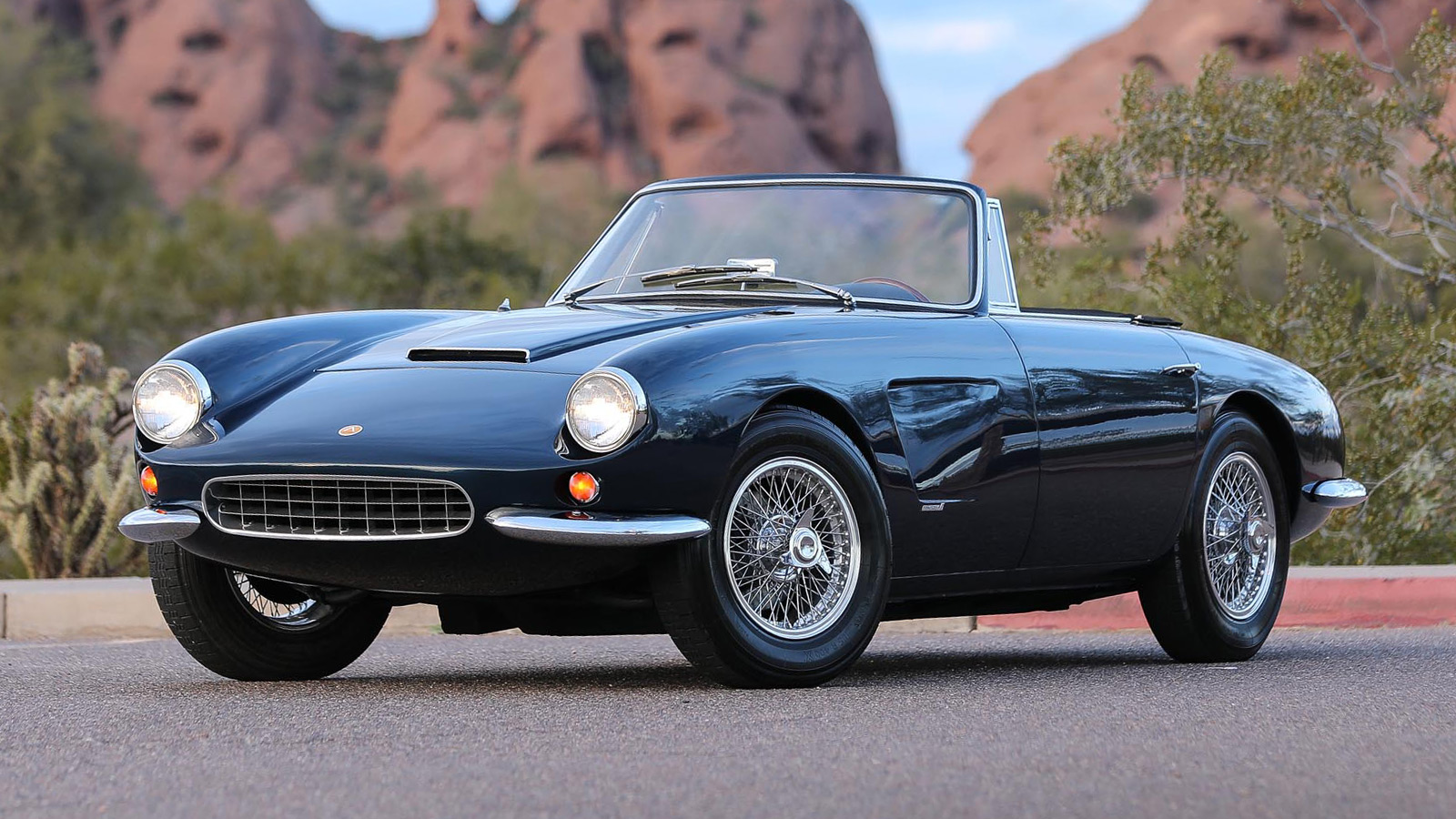 While the 1960s was undoubtedly the golden age for American muscle, automotive manufacturing across the Atlantic equaled the same level of performance albeit with a much different aesthetic. Unlike the rugged designs of American muscle cars like the Mustang or the Camaro, European sports cars’ exteriors elicited a much more elegant appeal. Taking the best from both worlds resulted in partnerships between American and European automotive manufacturers like the 1964 3500 GT Spider. This classic convertible embodies the era with a testament to the brilliance of each engineering philosophy.

This classic car is the product of American designer Ron Plescia and Florentine visionary Franco Scaglione. Plescia, along with his partners Ned Davis and Milt Brown, founded Apollo in 1962 in an effort to produce an American version of sports cars that captured the spirit of Maserati and Ferrari. The apex of their effort was the 3500 GT, of which only 90 were ever produced from 1962 to 1965. Powered by a Buick 215 cubic-inch aluminum V8, the 3500 GT and a 4-speed transmission had 225 hp. At the time of its release, those specs made the car as powerful as any American muscle car while looking like a much more refined version of any of them. Built in Italy and assembled in Apollo’s Oakland-based factory, the limit production of these cars has made it a sought after item from a legendary era. Worldwide Auctioneers is taking bids on an even rarer convertible version of the 3500 GT, giving bidders a chance to own a truly unique piece of automotive history.