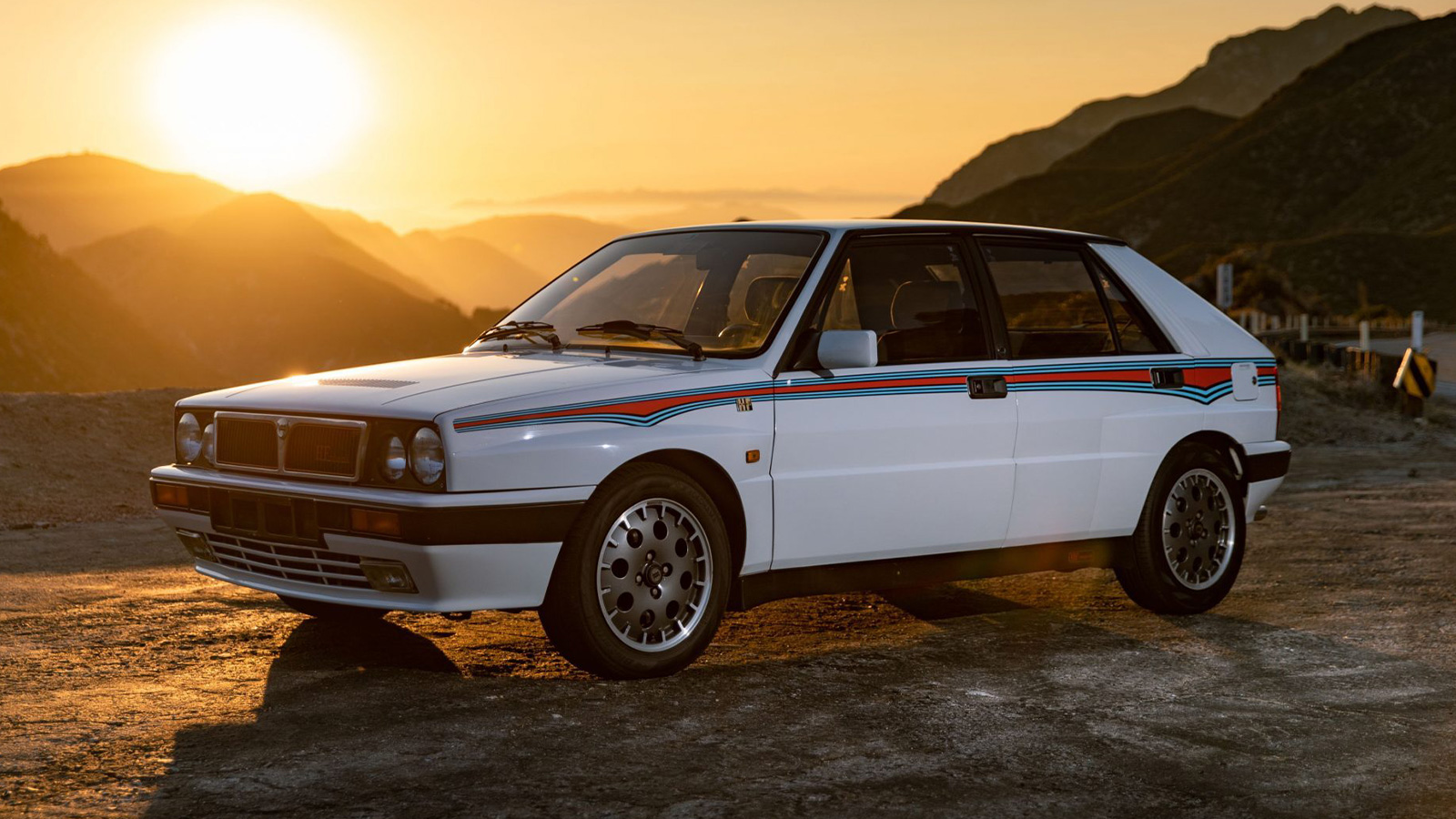 Some say the Japanese are the only ones who can produce fast, turbocharged four-cylinder, all-wheel drive, rally championship winning hatchbacks. Those people fail to remember one of the OG’s of rally-racing straight from Italy, the Lancia Delta HF Integrale 8V. The Delta is a compact sedan produced by Lancia from 1979 to 1994. Lancia today is just a name placed on slightly disguised Fiats, so when we see pristine examples like this 1989 Lancia Delta HF Integrale 8V, it is a rolling reminder of the wondrous glory it used to produce.

This particular Lancia Delta HF was featured on Bring a Trailer – twice. Once in June of this year where it failed to reach its reverse price of $23,000. It was posted again in September, this time with no reverse, and it sold for $22,850. We can’t imagine the seller was too happy about that. Regardless, this Lancia has only spent a few months living in the United States after being imported from Japan in early 2020. It wears a Bianco paint job with non-original Martini graphics to give the car a more visual presence.

The main reason why this Lancia is beloved by auto enthusiasts comes down to its racing pedigree. In the late 1980s, Lancia developed the Delta HF 4WD and noticed that it was an ideal candidate to compete in Group A rallying. The Delta HF 4WD would go on to win six consecutive World Rallying Championship titles, among others. This car is the production model of a motorsport legend. It is powered by a 2.0-liter turbocharged eight-valve (8V) four-cylinder engine rated at 182 horsepower and 224 pound-feet of torque, sending power to all four wheels is a five-speed manual transmission. The Lancia Delta may not have the curves, and style one expects in classic Italian design. But it more than makes up for that with a motorsport resume and eight valves of turbo spooling character singing through its dual exhaust outlets. Will Lancia ever get a chance to build something this great again? Probably not, but at least these cars are still around for the taking at a reasonable price.