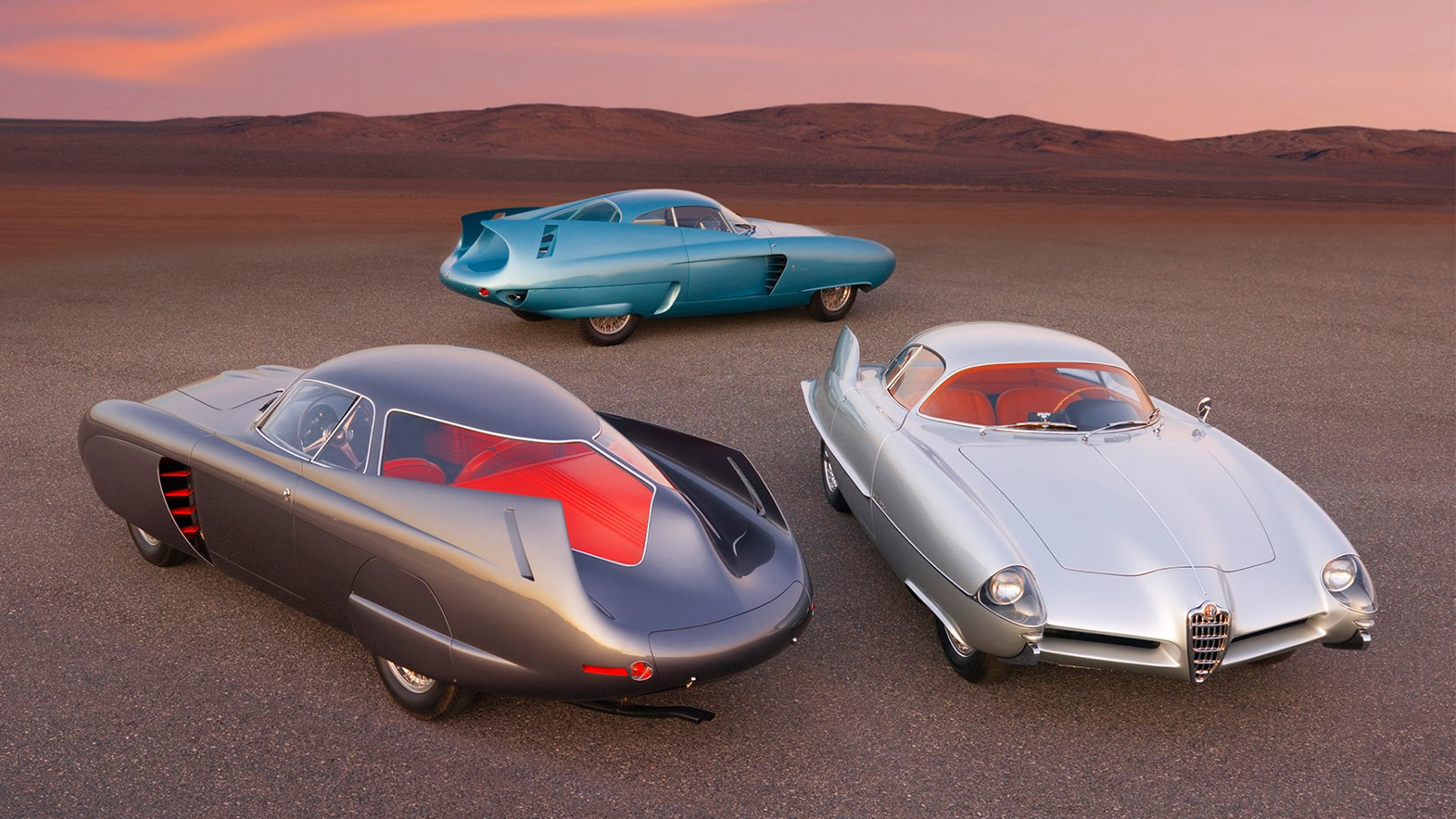 R.M. Sotheby’s is currently preparing to auction off a trio of one-of-a-kind classic Italian Alfa Romeo concept cars known as the B.A.T. 5 – 7- 9d. It stands for Berlina Aerodinamica Tecnica, and each vehicle was built in a different year from 1953 to 1955. The design of each car is considered an example of pioneering in aerodynamics. Franco Scaglione designed each vehicle, and Carrozzeria Bertone’s coach building firm built them by hand. R.M. Sotheby’s description of the cars doesn’t hold back. “Put simply, since the inception of the internal combustion engine, no one vehicle – let alone an interwoven trilogy – has so compellingly explored the concept of the automobile.” The concept’s goal was to create a shape that could slip through the air like a fish through water.

Each of the Alfa Romeo B.A.T. 5-7-9d, has lived eventful lives through various owners. Unusual since concept vehicles often end up at the crusher. B.A.T. 5 (1953) spent seven years as a daily driver in America after its debut. It was then sold to the owner of a specialty shop where it was hung from the rafters on display for 30 years before being restored. B.A.T. 7 (1954) was sold to a man in California and competed in an SCCA race. At one point in its lifetime, 7’s handcrafted space-age fins were removed to reduce the car’s massive blind spot. It sat in a shop for decades before being restored. Lastly, B.A.T. 9d (1955) was designed to look more like a production Alfa Romeo and would later be purchased by a 16-year-old kid at a used car lot. That young owner would hold on to 9d for 28 years before it was restored. All three concept cars managed to survive multiple owners and reunite.

The B.A.T. collection is scheduled to be auctioned at the R.M. Sotheby’s Contemporary Art Evening auction on October 28th. Sotheby’s estimated the value of this collection to be between $14 to 20 million dollars. In some ways, this is a bargain for a set of three differently unique and unbelievably gorgeous classic Alfa Romeos.