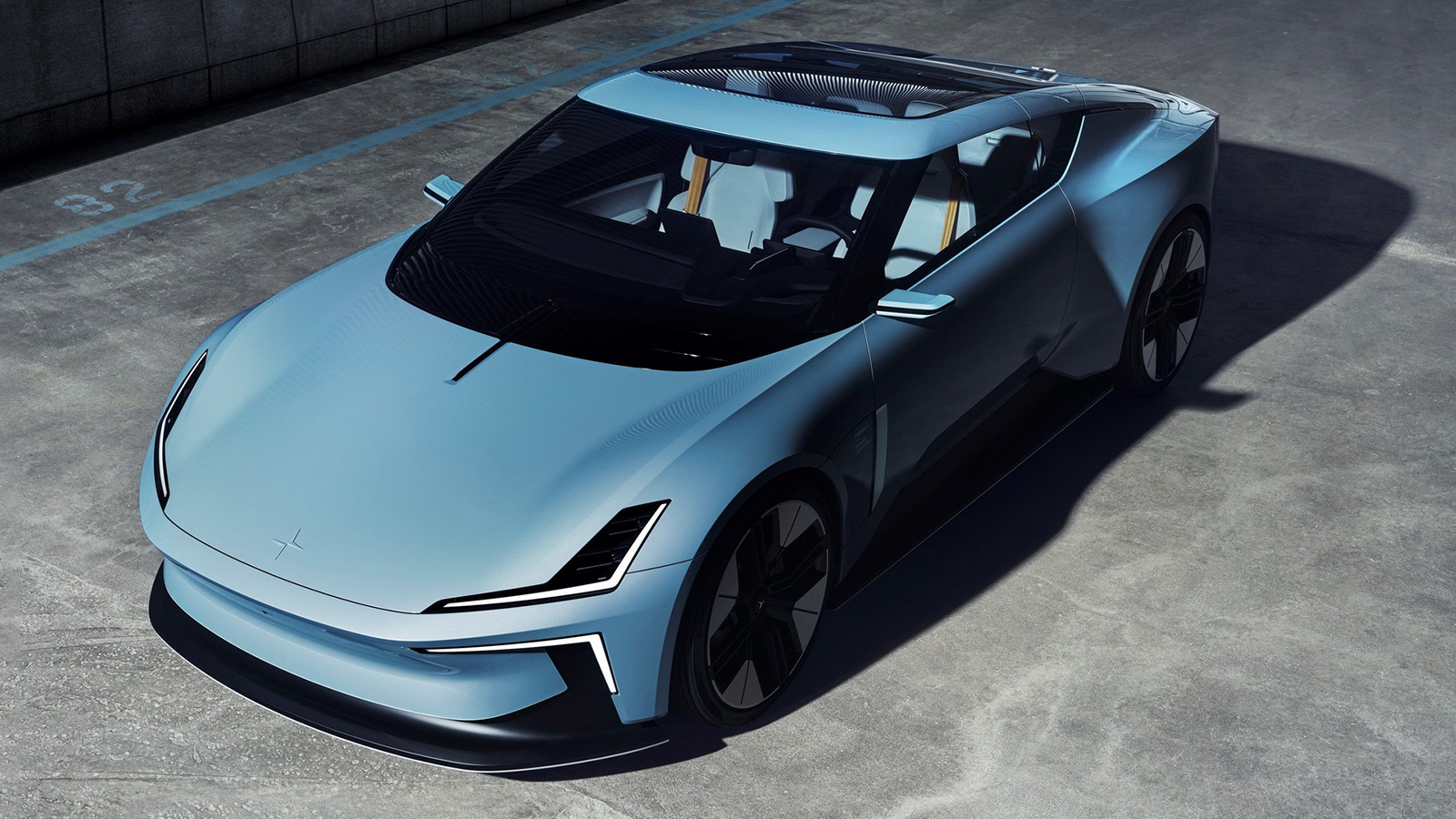 Polestar took over the automotive media spotlight after unveiling its O2 electric roadster concept car. This concept model is a 2+2 coupe with a retractable hardtop built on the upcoming 2024 Polestar 5 platform – minus two doors. Details are slim as to what sort of drivetrain moves the Polestar O2, but it does show the world that Polestar is stepping out of Volvo’s shadow when it comes to design.

The electric roadster features a set of mirror twin hockey-stick headlights at the front with a more aggressive front splitter. In addition, the roof retracts below the car’s rear deck to create a profile similar to a Ferrari Spider or Porsche 911 Targa. Opinions are split on the Polestar O2 electric roadster’s exterior design, but it certainly grabs your attention sporting a clear-sky-blue paint job.

Inside the O2 electric roadster is a minimalist but elegant interior. We see a beautifully sculpted steering wheel, a single dial selector on the center console, and a 15-inch vertical digital touchscreen. However, the car’s party trick is a built-in drone placed behind the rear seats. The driver can launch this drone while the car is moving and is said to fly at speeds up to 56 mph. According to Polestar, the drone’s footage can be saved to the car’s records in the O2’s central display and allow for editing and sharing.

This unique feature makes us think of the 1960s cartoon Speed Racer, in which the famous Mark 5 race car had a similar gadget. Whether the show was a source of inspiration for the Polestar O2’s drone is unknown, but it is undoubtedly cool. As of right now, the Polestar O2 electric roadster is strictly a concept vehicle. However, nobody knows what the future holds.

If you liked this, check out Cadillac’s InnerSpace Concept Car.