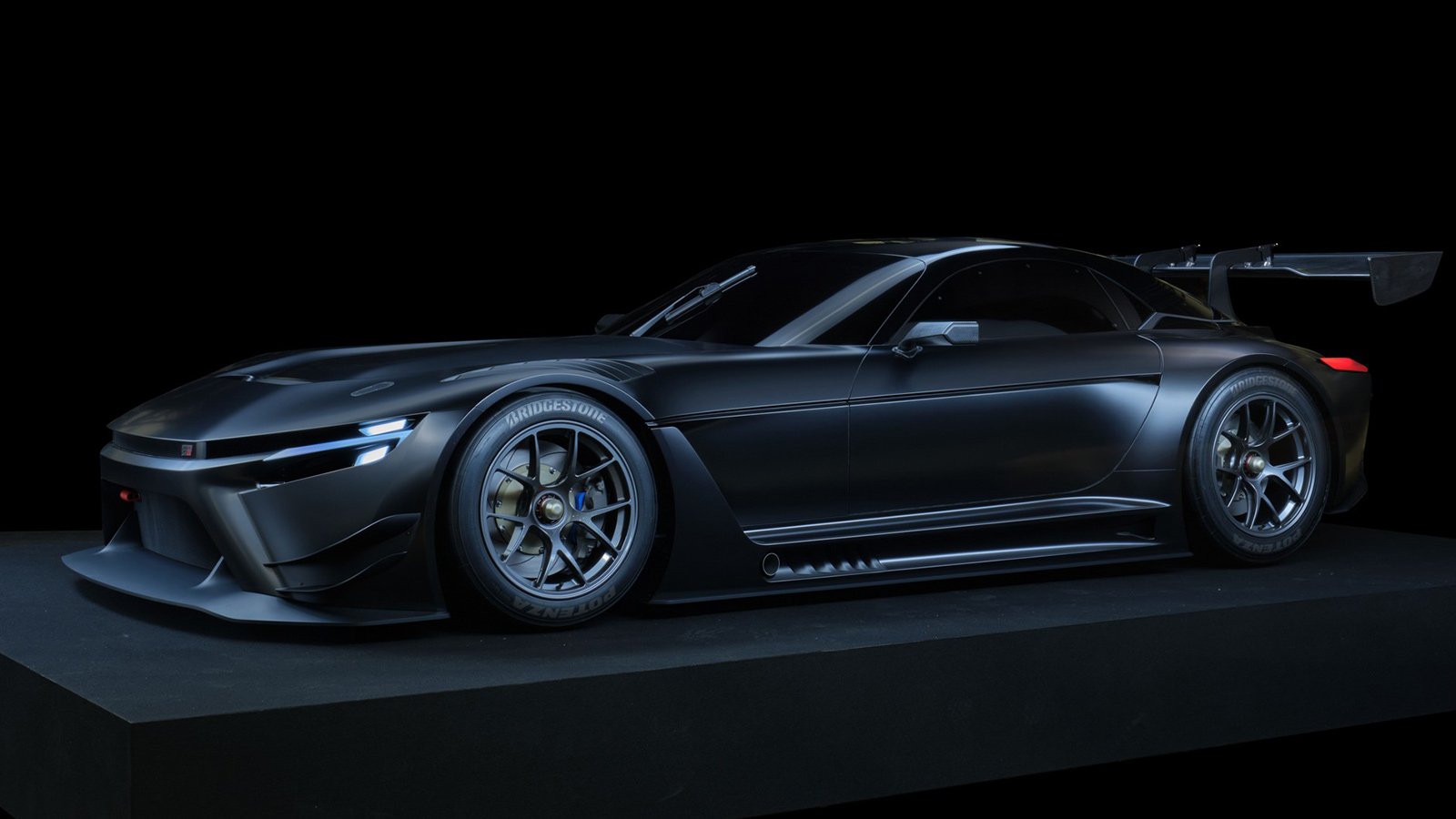 At the 2022 Tokyo Auto Salon, Toyota unveiled the GR GT3 concept car. In terms of styling, the Toyota GR GT3 Coupe Concept checks all the right boxes. A villainous-looking racing car not based on a Supra or Lexus RCF, Toyota started from scratch with the GR GT3. The exterior design of the Toyota GR GT3 coupe hosts a variety of eye-catching styling cues. For example, the headlights are split like the blades on a razor. Dark matte paint adds to the car’s sinister presence with a long hood dressed with aggressively angled louvers, air vents, and high set wheel arches. The center-locking wheels are neatly tucked into the car’s massive wheel wells and wrapped in Bridgestone slicks. In addition, the exhaust can be seen sticking out of the side just behind the front wheels. The curved roofline ends with a giant swan-neck rear wing and air-dicing diffuser. The car’s back end also features the popular trend of a full-length LED taillight bar.

According to Motor Authority, the GR GT3 was developed by Gazoo Racing, Toyota’s motorsport division. However, the concept car is described as a “dedicated race car,” so we will unlikely see a road-legal version at the dealership anytime soon. But, there is the hope of seeing the Toyota GR GT3 coupe being available as a GT3-spec customer race car.

For more from Toyota, check out Toyota and Lexus Unveil 15 New Electric Vehicles.