With just less than two weeks until the premiere of the latest James Bond film, Triumph Motorcycles has released its own 007 inspired Tiger 900. This limited-production bike is called the Triumph Tiger 900 Bond edition, meant to celebrate the brand’s partnership with the film franchise. Only 250 examples of the Tiger 900 Bond Edition are scheduled for production worldwide. Each one will be individually numbered with a signed certificate of authenticity to make this motorcycle a true collector’s item. Thanks to their stealth black paint and gold 007 logos stamped on the gas tank, these bikes will stand out from the crowd.

The Triumph Bond Edition is based on the Tiger 900 Rally Pro adventure bike. It uses an in-line three-cylinder 888cc engine producing 93-hp and 87 lb.-ft of torque. Riders have the option of selecting one of six ride modes: Road, Rain, Sport, Rider Configurable, Off-Road, and Off-Road Pro. Safety features include front and rear Brembo brakes with ABS and traction control. A six-speed transmission, with Triumph’s Shift Assist feature allowing for faster downshifts. The bike is fitted with Bridgestone Battlax tires. However, each Triumph Tiger 900 Bond Edition comes with a set of Michelin off-road tires as extra. You’ll be able to see the Triumph 900 performing its own stunts in No Time to Die, premiering on October 8th.

In other Triumph news, check out Breitling and Triumph’s Special Edition Models. 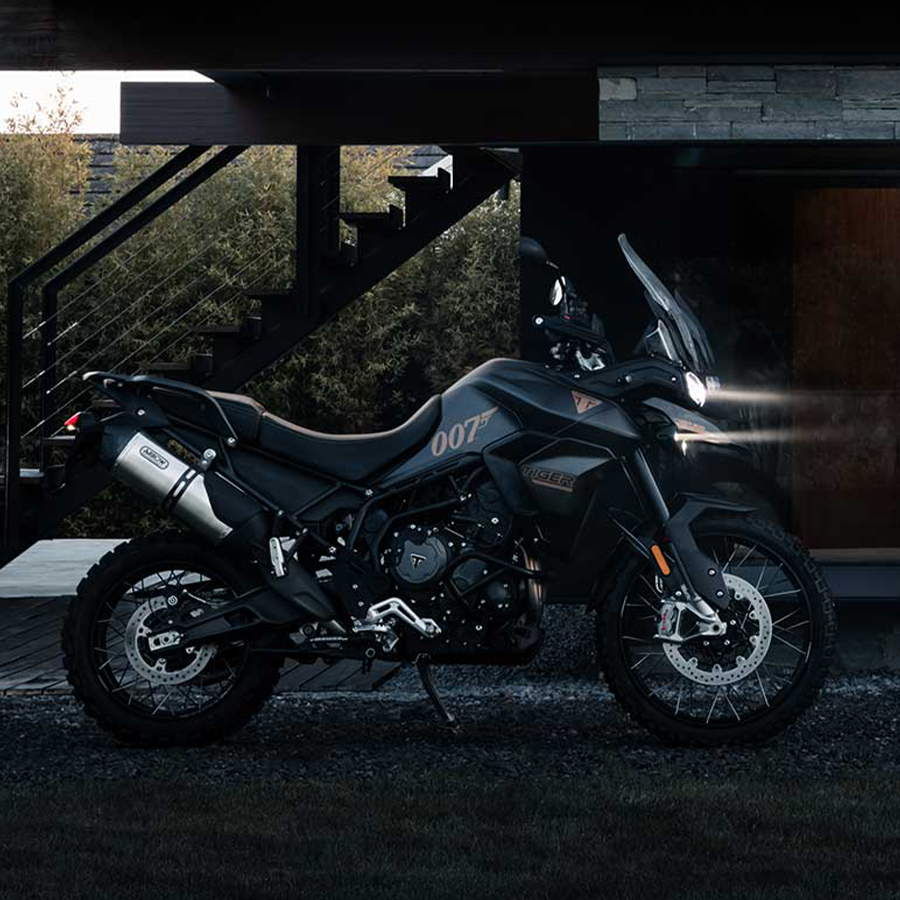