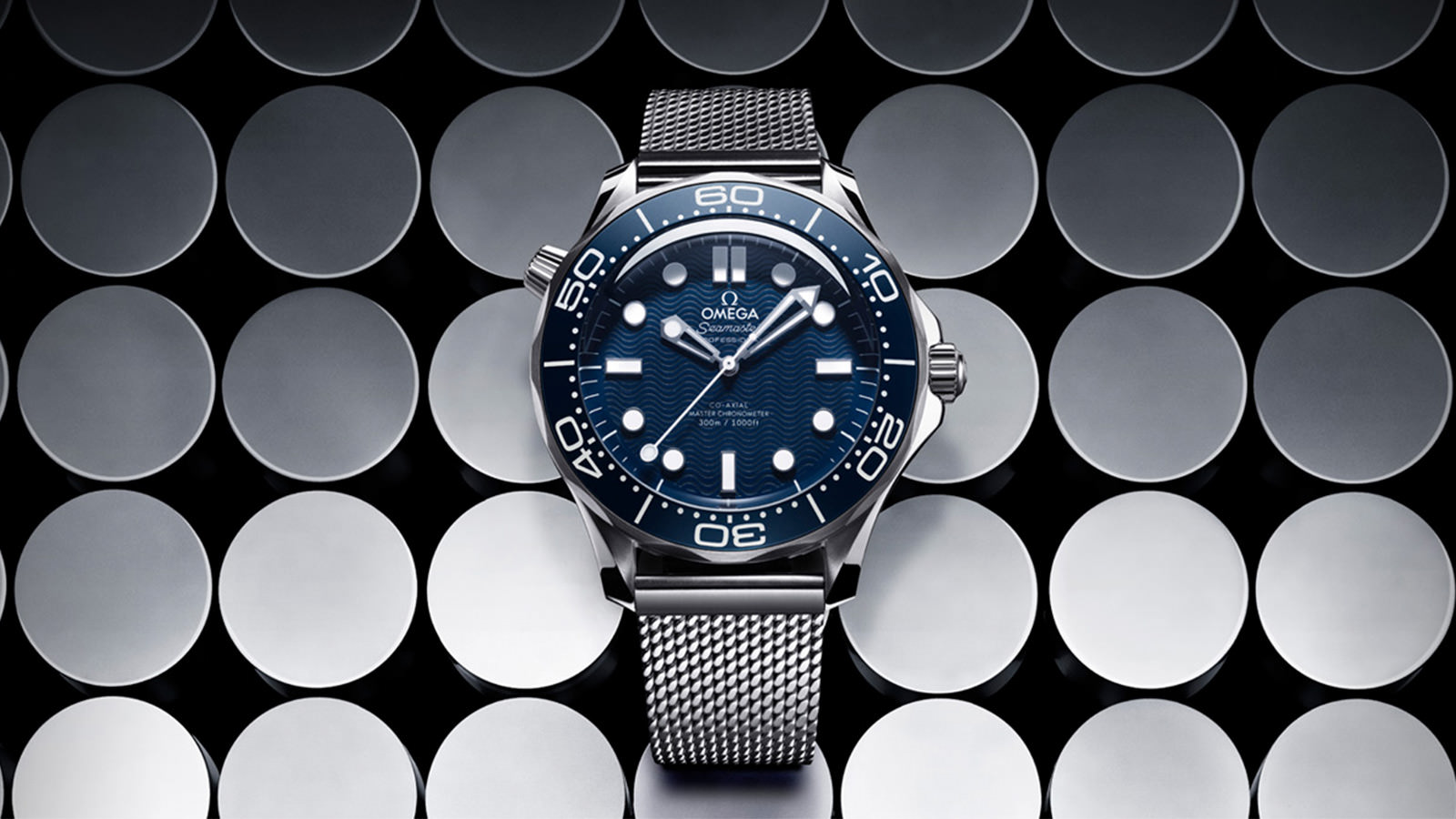 The Omega Diver 300M James Bond 60th Anniversary is directly inspired by the watch from GoldenEye, with nods to the film and modern upgrades. The watch face is a deep blue, accented by a laser engraved wave pattern, alluding to the 1995 Bond classic film. Unlike other Omega Diver watches, the diving scale’s traditional inverted triangle at the top of the bezel has been replaced with a 60 to commemorate the 60th anniversary of Bond movies. The memorable movie opening sequence with the gun barrel and Bond silhouette set amidst a “moiré” effect is on full display on the open caseback.

The timepiece is complete with a mesh-style bracelet, the same as 007’s Omega watch in No Time To Die. Robust and long-lasting, this watch has a 55-hour power reserve and is propelled by OMEGA’s Co-Axial Master Chronometer Calibre 8806. The Omega Diver 300M James Bond 60th Anniversary watch has a brushed stainless steel mesh bracelet, similar to the watch Bond wears in No Time to Die. Feel like an international super spy wearing this beautifully designed chronograph, perfect for everyday wear.

As part of the 60th-anniversary celebration, Omega has also released the Canopus Gold edition featuring a case and bracelet made from the company’s 18K Canopus Gold alloy, as well as green and yellow diamonds surrounding the dial designed to pay tribute to the colors of the Jamaican flag where James Bond author Ian Fleming built a private estate.

The Omega Diver 300M James Bond 60th Anniversary watch comes in a specially designed blue wooden box with the traditional Omega Diver 300M pattern. Three white dots across the front of the box reference the quintessential Bond movie opening. A secret push button to the right of the box pays further homage to the endless Bond gadgets. Available only at select boutiques, the watch is priced at $7,600.

In other horological news, check out the Mido Ocean Star GMT Limited Edition for Hodinkee. 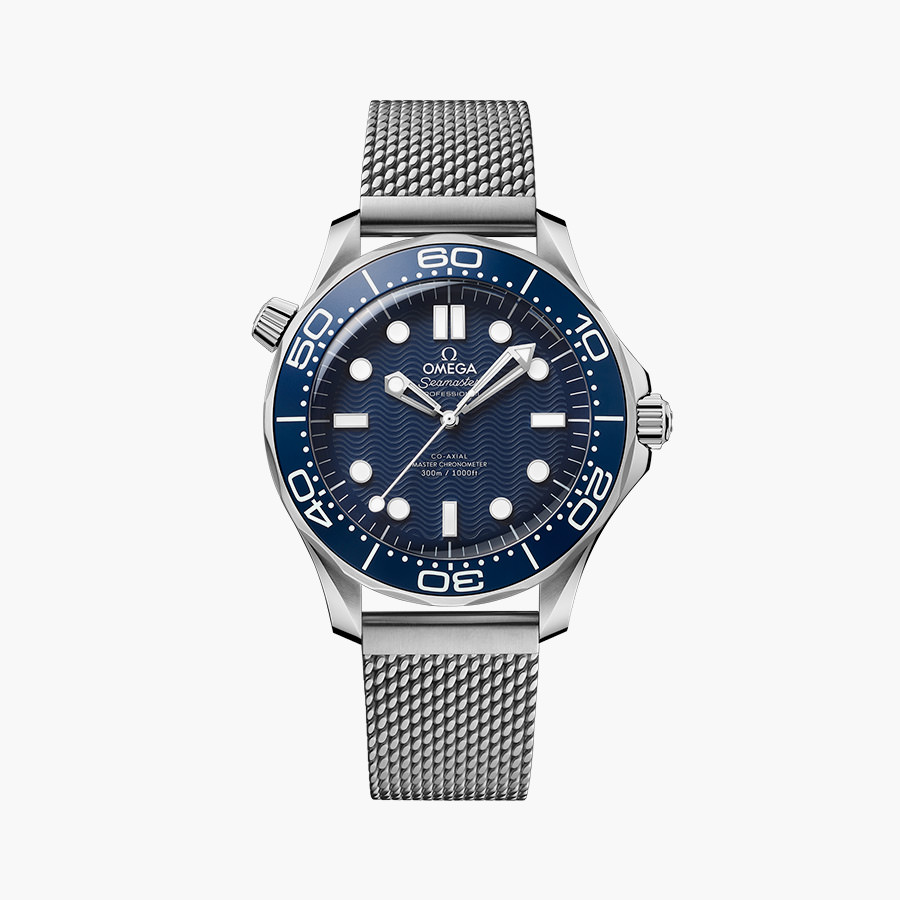