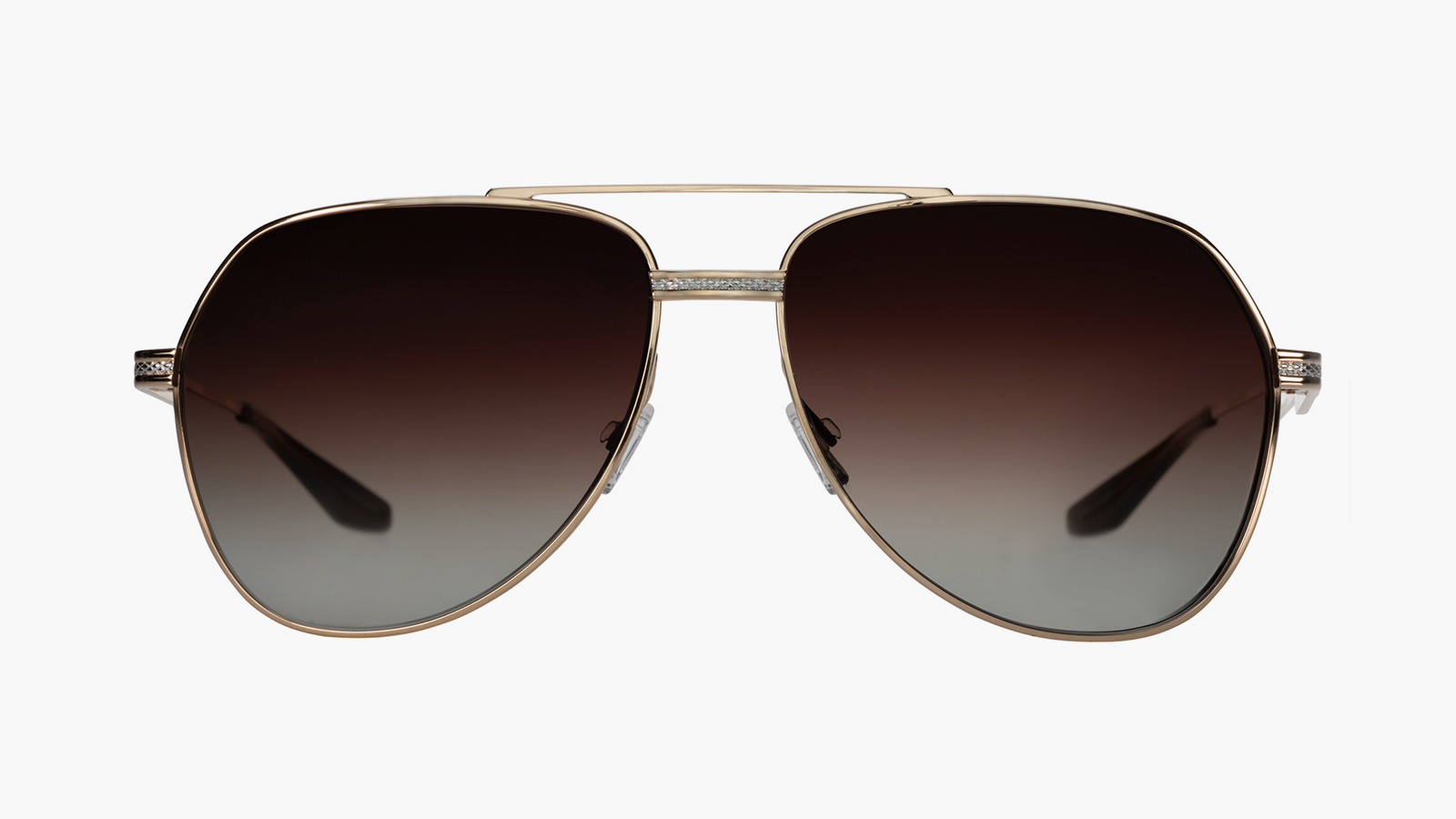 Eyewear brand Barton Perreira, featured in the latest James Bond film, No Time To Die, has unveiled its 007 Legacy Collection, celebrating the franchise’s 60th anniversary. Handcrafted in Japan, the first two styles to be released, the Avtak and Thunderball, are inspired by the vintage Bond films A View To A Kill and, of course, Thunderball. The Thunderball style is a tribute to James Bond in the classic 1965 film. With its quintessential rectangular frames and polarized lenses, this style comes in four classic acetate colors: black, chestnut, champagne, and dusk. The original 1962 007 logo appears as a breath logo on the lens.

The second style of sunglasses, the ‘Avtak’, reimagines the aviator silhouette worn by Bond antagonist, Maximillian Zorin, played by Christopher Walken in the 1985 film, A View To A Kill. Bi-colored titanium surrounds the acetate lenses that are offered in a choice of smolder, smokey topaz, noir, bottle green, and steel blue, all of which contain the Zorin breath logo. Both styles are adorned with the original 1962 007 logo plaque on the temple tip of each frame. They also include a Barton Perreira x 007 Legacy Collection case and cloth.