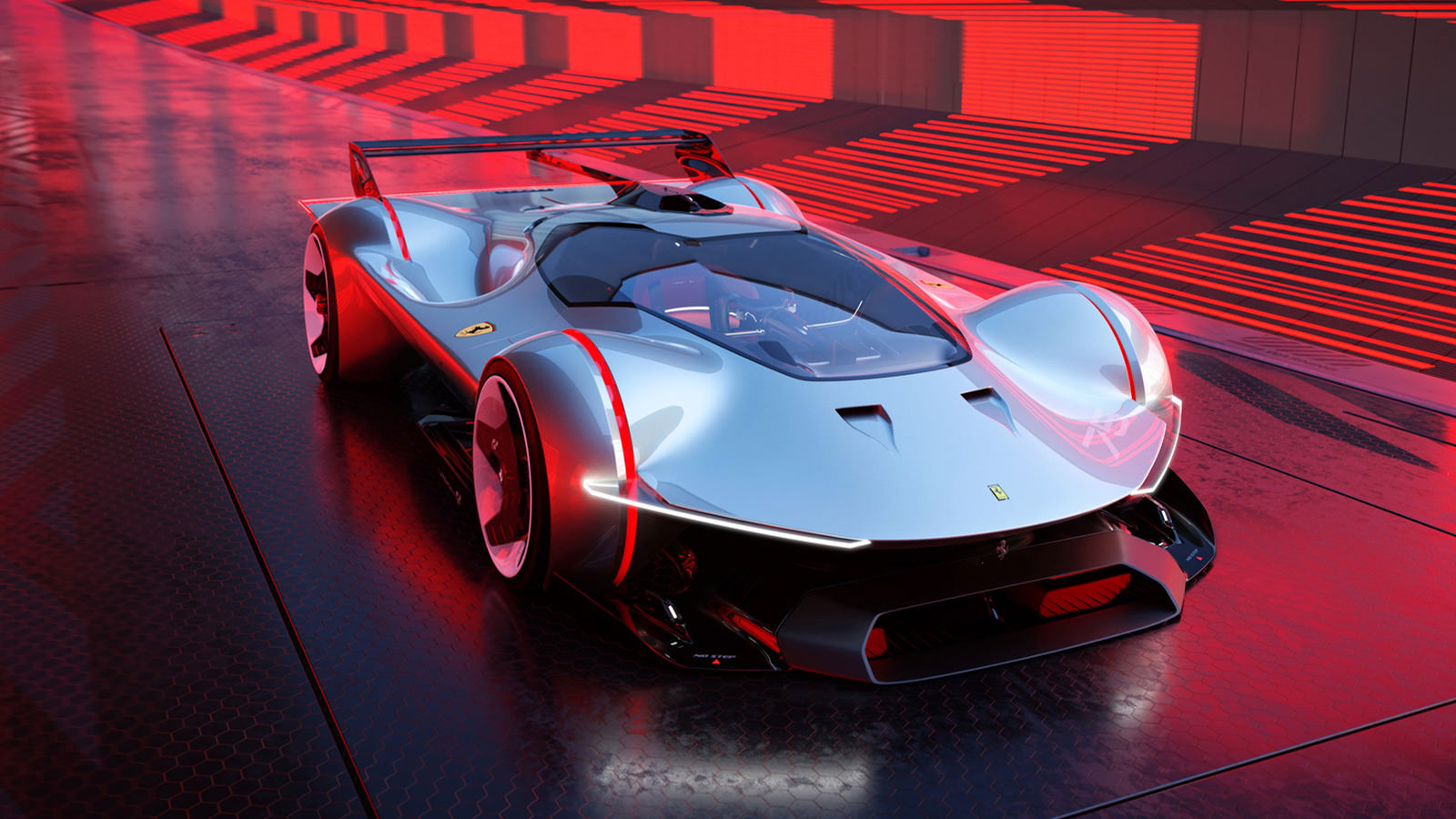 We live in a time when world-renowned supercar brands spend time and money developing radically powerful vehicles for the sole purpose of appearing in video games. In honor of Sony celebrating the 25th anniversary of its popular racing simulator Gran Turismo video game series, Ferrari unveiled a V6-powered hybrid supercar for the game. This virtual, hybrid hypercar is called the Ferrari Vision Gran Turismo.

The creation of this Italian cyber thoroughbred comes from the minds at Ferrari Centro Stile, headed by Flavio Manzoni. According to Ferrari, the Vision Gran Turismo’s design took inspiration from the brand’s extensive history of motorsport pedigree like the 330 P3 and the 512 S. Because the designer was not constricted to the limits of reality, the Ferrari Vision Gran Turismo sits wide and powered by untethered imagination.

This single-seater race car features sculpted wheel wells acting at curves in the body that starts with a razor-sharp nose fitted with pencil-slim LED headlights. The car’s front splitter allows for next to zero ground clearance. At the back, the car’s flowing lines end with a large rear wing and a rear diffuser standing a hair length off the ground. In addition, a semi-transparent central fin can be seen in press photos, as well as substantial side vents.

Sitting behind the driver is a mid-mounted twin-turbocharged 3.0-liter V6 adapted from the Ferrari 296 GTB. For the Vision Gran Turismo, the V6 engine has been tuned to produce 1,016 hp and 664 lb.-ft of torque. In addition, three electric motors in both the front wheels and rear axle generate a total output of 322 hp.

Managing the power to the all-wheel drive system is an eight-speed dual-clutch transmission. Ferrari states this hybrid racer can sprint from zero to 60 in two seconds and reach 124 mph in under five before reaching a top speed of 218 mph. A carbon fiber chassis and the elasto-kinematic suspension keep the weight down to 2,756 pounds.

One doesn’t have to splurge on a new PlayStation to enjoy the Ferrari Gran Turismo. A full-scale prototype of the car will be on display at the Ferrari Museum in Maranello until March 2023. Those with the latest Gran Turismo video game will be able to test drive the Ferrari GT starting December 23.

For more from Ferrari, see the Hybrid Ferrari 499P. 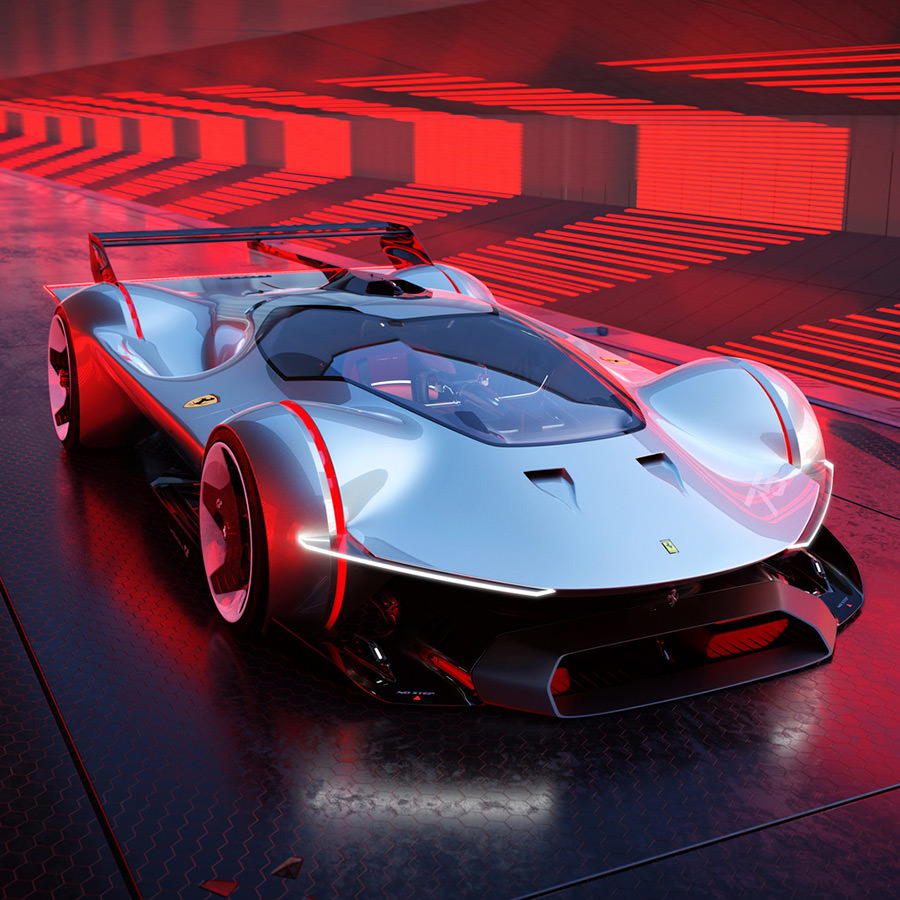