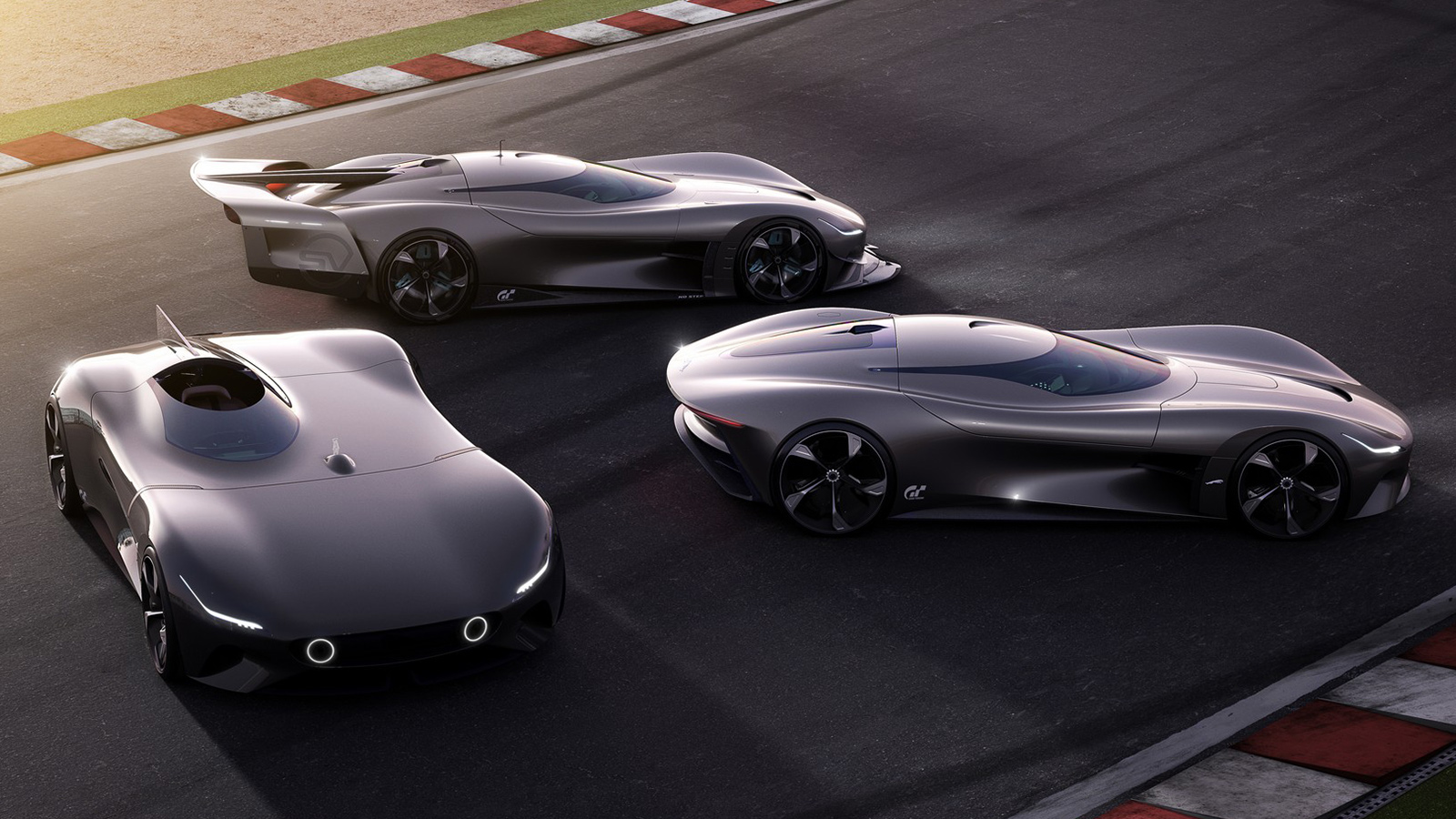 Jaguar’s latest four-wheeled masterpiece is too good for reality, so it lives in the virtual world. More specifically, in the world of Gran Turismo 7. The Jaguar Vision Gran Turismo Roadster is a single-seat electric race car inspired by the legendary D-Type. The car is digitally built using carbon fiber composite and aluminum alloy, similarly to previous Gran Turismo Jaguar Vision cars like the Coupe and SV. In addition, players of the game will appreciate the Roadster’s fin, which also features a Union Jack with LED illumination.

A tri-motor all-wheel-drive system powers the Jaguar Vision Gran Turismo Roadster. Its total output is rated at 1,006-hp and 885 lb.-ft of torque, allowing the Roadster to sprint to 60 mph in under two seconds. The straps on its hood are genuine virtual leather. According to Jaguar, the Vision Gran Turismo has a near 50:50 weight distribution thanks to its lithium-ion battery pack. As a result, the electric Jag can deliver speeds over 200 mph.

Moreover, the Roadster is the last piece in the Jaguar Vision series that started in 2019 with the Gran Turismo Coupe and the 2020 Gran Turismo SV. This racing simulator video game allows us to drive our dream cars, if only virtually. Jaguar takes it one step further by using Gran Turismo 7 as a platform to build its dream cars – and letting us take them for a spin.