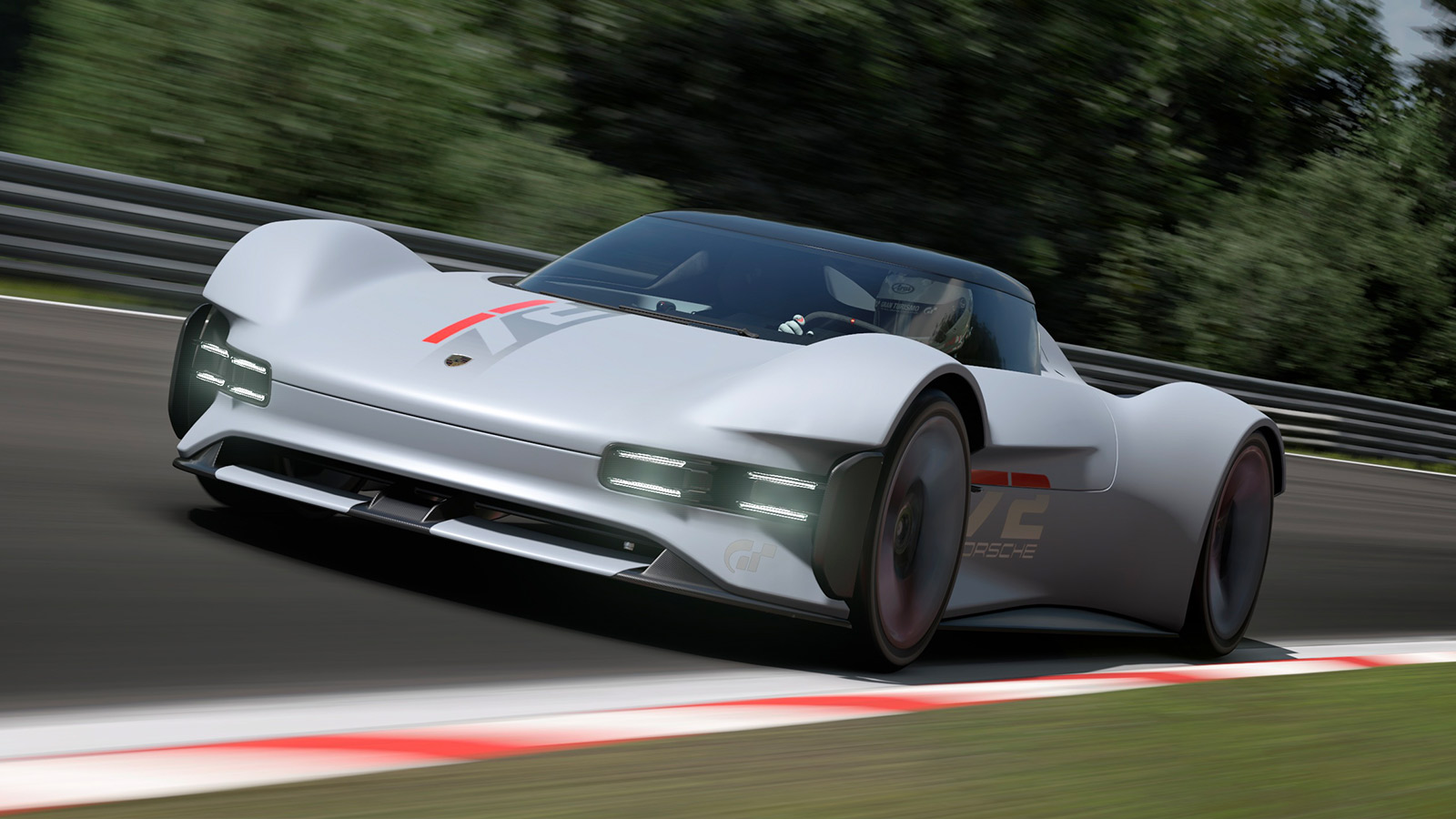 Porsche and Polyphony Digital Inc., a video game development studio, have announced the Porsche Vision Gran Turismo, a concept study created specifically for use in a computer game. Since 1917, the Gran Turismo game series has featured Porsche sports cars, but for the launch of the game’s seventh edition, Porsche has developed a vehicle purely for the virtual world. Through its partnership with Polyphony Digital, Porsche’s engineers were able to let their creativity flow as they put their vision of a concept car into practice. This is an “all-electric, all-digital Porsche” representing the future of electric sports cars in 10-15 years from now. “A vehicle designed purely for the virtual world opens up exciting possibilities for us that are otherwise heavily regimented in a regular design process for a series production car,” says Michael Mauer, Vice President Style Porsche. “Projects such as the Porsche Vision Gran Turismo are particularly valuable for us in the creative process. Further developing our clearly defined Porsche Design DNA and exchanging with designers from other industries is an important part of our work.”

Featuring a futuristic version of familiar Porsche design elements, the Vision Gran Turismo reflects the brand’s typical proportions with an especially sporty height-to-width ratio, an extremely low-set hood, and very pronounced wings. The integrated air intakes and the front headlights are reminiscent of the Taycan design language. The rear of the car is adorned with a very narrow light strip, which represents a further development of the light signature that is familiar from the 911 and Taycan models.

The interior of the Porsche Vision Gran Turismo boasts a curved hologram display, which appears to float above the steering wheel. With its low seating position and realistic-looking interior surfaces, the car’s dynamic feel is highlighted. “We spent a long time considering the right material design consisting of carbon and titanium. The aim was to reduce weight while increasing performance,” says Markus Auerbach, Head of Interior Design at Porsche. “In addition, sustainable aspects also play a role in forward-looking projects. For example, we only used entirely vegan materials in the concept car.” Porsche Vision Gran Turismo will be available exclusively in Gran Turismo 7, which will be released on March 4th, 2022 for PlayStation 4 and PlayStation 5.

For another type of concept car, check out the Porsche Mission R Concept.