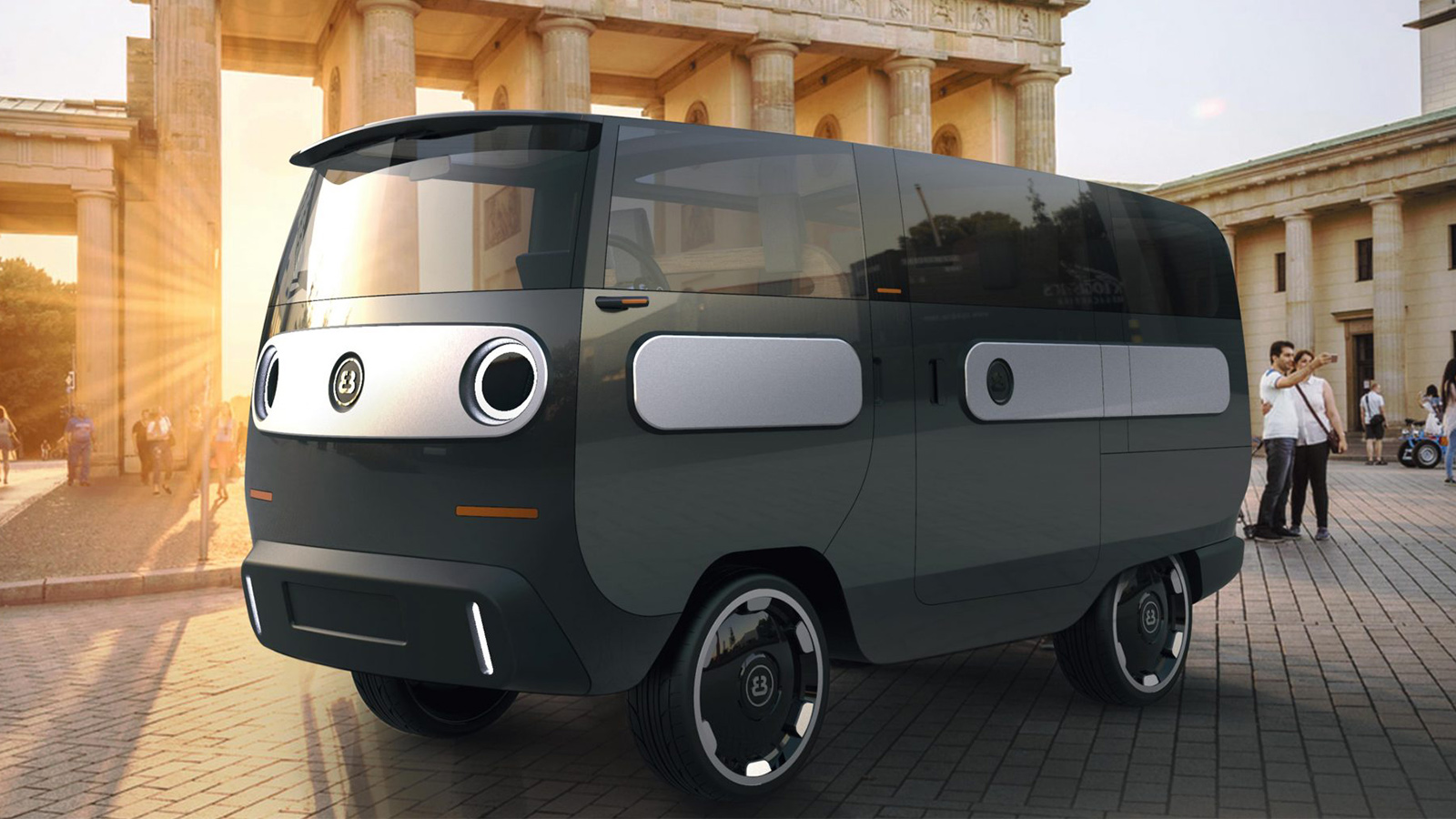 Every time we learn of a new electric vehicle being announced or raising money as a start-up, they use fantastic claims to get media attention. Sometimes these claims of high mileage range, power, and futuristic features sound too good to be true. Then again, we are quickly reaching an era in time when claims that sound too-good can now be an honest reality.  With that, meet the eBussy EV by ElectricBrands. The eBussy stands for electric bus system and is built to be the most innovative and modular light vehicle in the world.

To achievement this, the eBussy is a compact bus-like van offered in ten different body interchangeable styles. It uses an electronically-controlled all-wheel-drive system using an electric motor on each wheel to produce an estimated 740 foot-pound of torque. The eBussy weighs approximately 1,300, without batteries, and carry a max-payload of 2,200 pounds. Electrical Brands claims the batteries take three hours to charge and hold their power for a max-range of 370 miles – using solar panels built on the eBussy’s roof. It claims a daily-range of 125 miles, and Electrical Brands plans on creating battery-stations where eBussy users can switch out dead batteries for fully-charged ones and keep on motoring. The eBussy is built in German and plans on launching in 2021 with Electrical Brands currently taking reservations on any of the ebussy’s ten different body configurations.