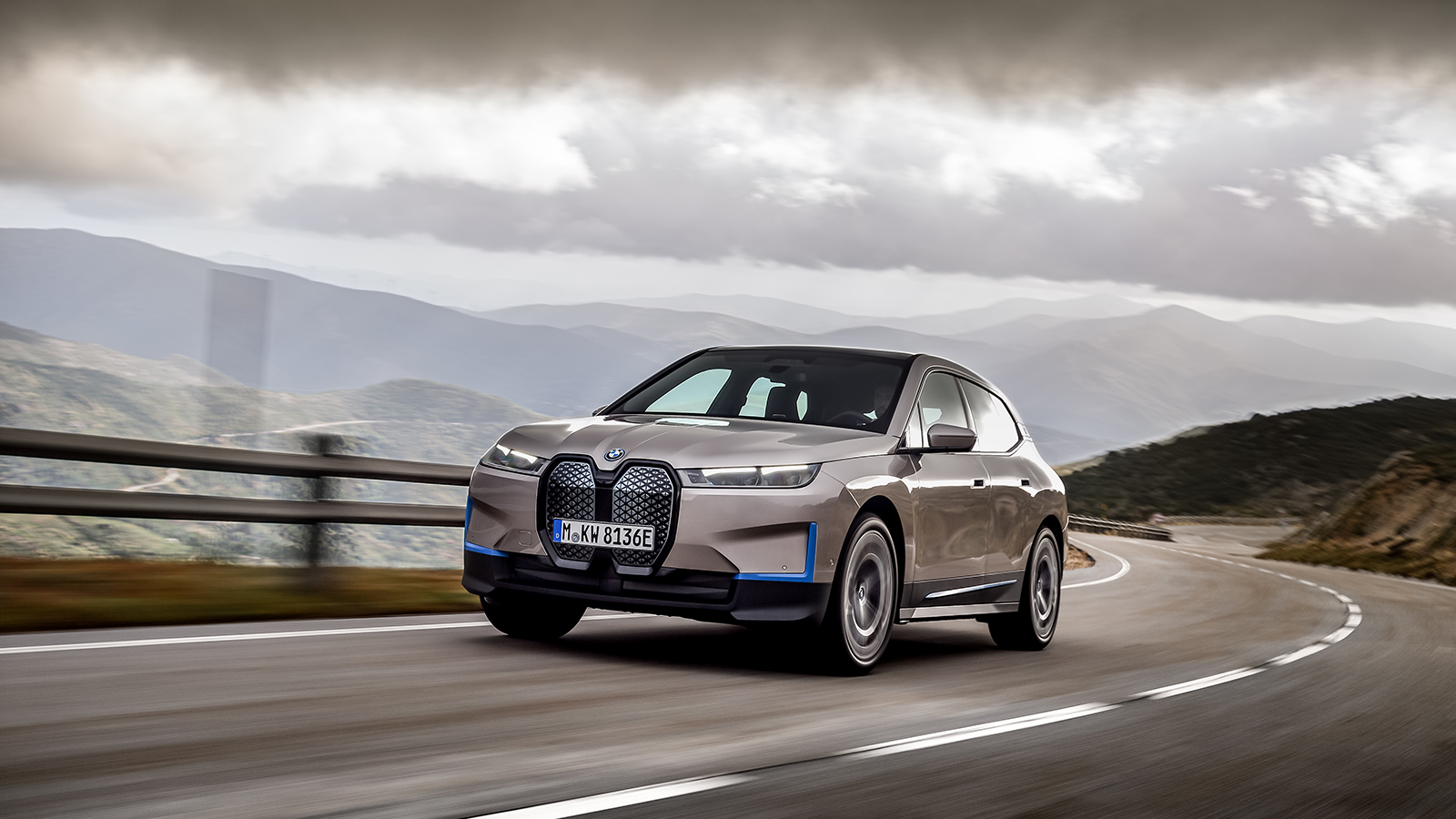 Hot off the digital presses are details on the all-new 2022 BMW iX. This is the first look at BMW’s electric Sports Activity Vehicle (SAV), which from what we can tell, is a new marketing term for a vehicle that is too tall to be a sedan yet too low to be a crossover. According to BMW, this is its first model in a new era for the German automaker.

The iX may look compact in press photos, but BMW states the SAV is roughly the same size as a BMW M5 in length and width while sharing a height with the BMW X6. BMW claims it used a minimalist approach when designing the iX, but there is nothing minimal about its double XL kidney grille. Because the vehicle is electric, the grille doesn’t even function as a grille. Instead, it is used as an “intelligence panel” used to house driver-assisting safety tech like cameras and radar sensors. The interior is described as a “lounge-like ambiance,” providing a sense of space on par with a cathedral.

The BMW iX is still under development, and details about its performance are based on recent testing. BMW claims the iX will produce a max output of 500 horsepower from its two electric motors and reach zero to 60 in under five seconds. The range is set around the 300-mile mark with DC fast charging allowing it to charge from 10 to 80 percent battery power in 40 minutes. These numbers could be slightly different by the time the BMW iX officially launches in late 2021.