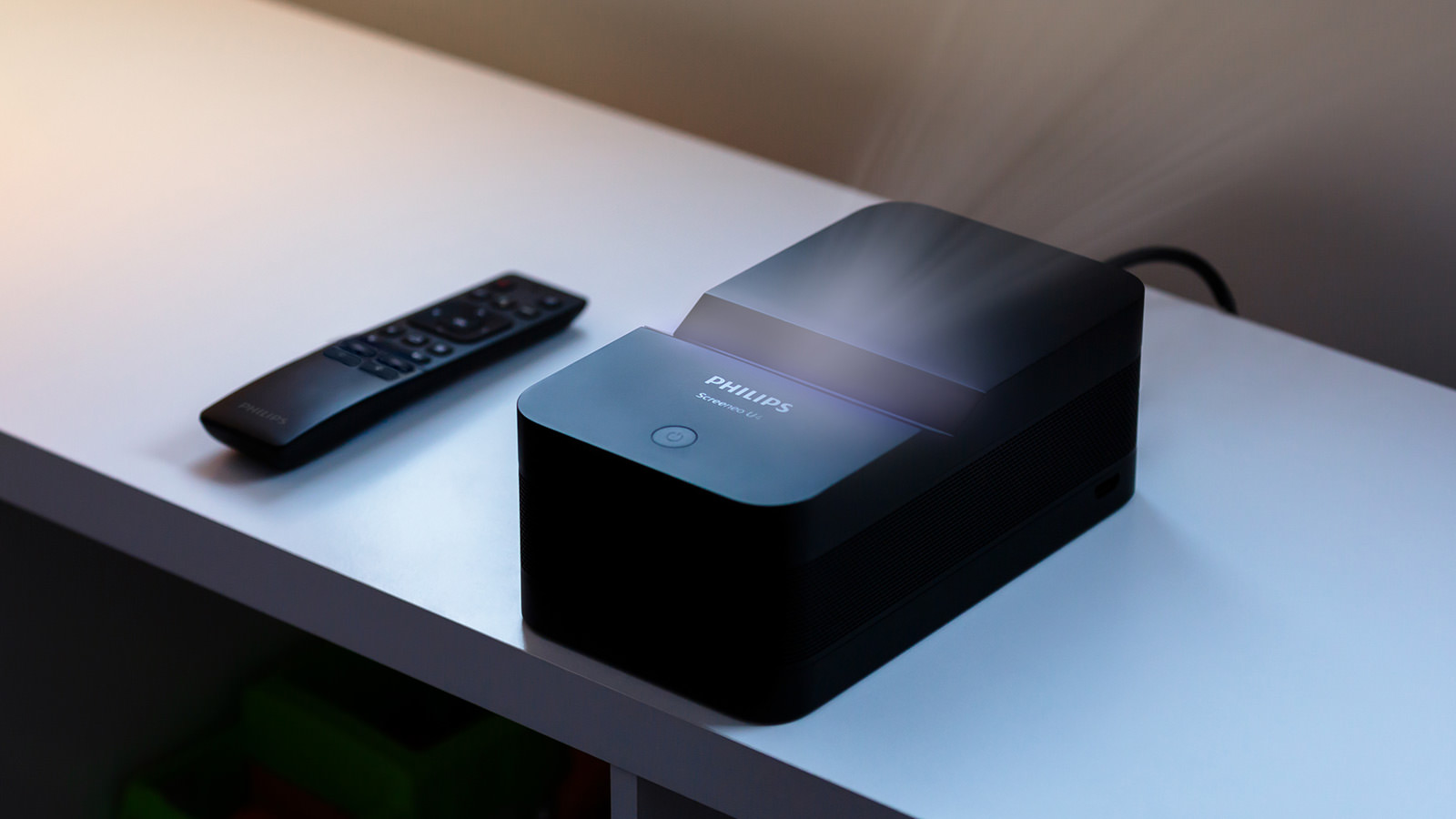 With today’s modern short-throw projectors, expensive, bulky devices, mounted from the ceiling, with assorted switches and wires for connecting devices are now obsolete. But, when Philips released their Screeneo 2.0 it was the size of a bulky picnic basket and cost over $2,000. The new Philips Screeneo U4 projector boasts a “huge screen without the hassle of a huge TV“ and a small-form, sleek design… plus for the next few days, consumers can purchase one for a not-so-huge price ($665), thanks to a special Philips Projection Indiegogo campaign.

Most notable is the vast array of devices the projector interfaces with, including HDMI devices such as gaming consoles, Amazon FireTV, Roku, AppleTV, and Chromecast, USB-connected memory sticks and hard drives, Bluetooth devices, computer screencasting, and more. For such a small device, the Screeneo U4 includes an impressive sound system with two 15-watt speakers. This is the second multi-million dollar campaign Philips Projection has launched on the Indiegogo crowdfunding platform with a 45% discount perk available to customers, reducing the regular price of $1,230 to $665.

For another type of projector, check out the iSpace2 Pro Android 9.0 Pocket Projector.