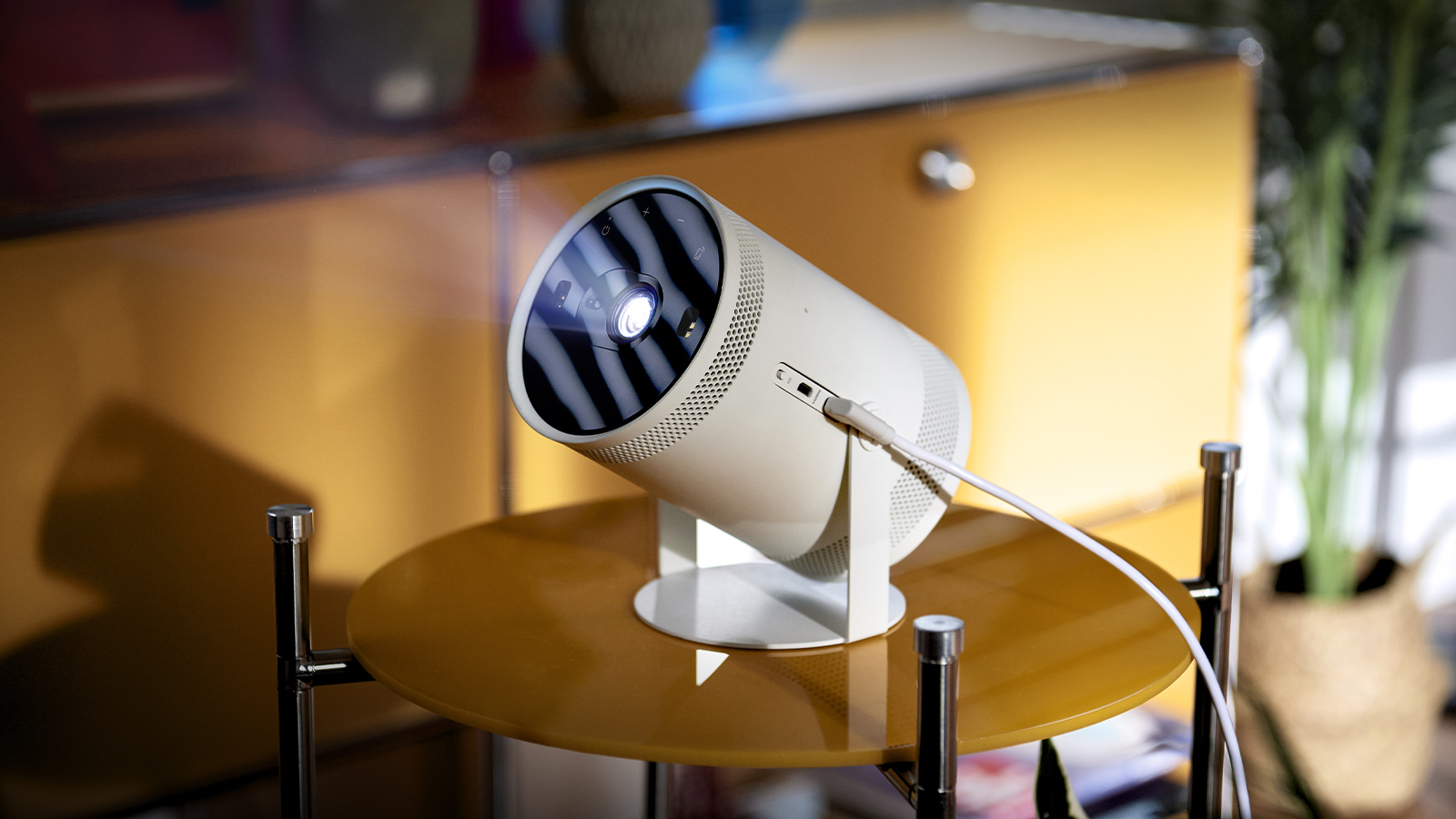 Among many other new products, Samsung announced the Freestyle at this week’s CES 2022 event. This is Samsung’s new portable projector that seems to be aiming for a viewing experience that matches regular TVs, but unlike TVs, it can actually be carried around, bringing video and audio wherever it is taken. Samsung has Gen Z and millennials in mind as its target audience for the Freestyle, considering the device is built for party viewing. Described as a “portable screen”, it weighs in at just 1.8-pounds which means it can be carried anywhere and change any space into a screen with ease. The Samsung Freestyle also comes with an adjustable cradle that can rotate up to 180 degrees, providing viewers the ability to display virtually anywhere —walls, ceilings, or even floors.

Powered via USB-C, once the Freestyle projector is plugged in, it will project up to a 100-inch screen. The smallest it can project is 30-inches. It will autofocus for a clear view, and thanks to onboard sensors — like gyroscopes — it will be able to auto-level the screen as well. The Freestyle delivers a full 1080p HDR-capable view, as well. Furthermore, Samsung promises strong sound with 360-degree audio built-in. According to Samsung’s Dan Schinasi, director of product planning for TV, “It’s got all of the smart features that you would expect from Samsung” It features a Tizen interface with support for major streaming services, a gaming mode, and compatibility with AirPlay or Google Cast. Users simply need to make sure Freestyle is on Wi-Fi. Schinasi also notes that The Freestyle will integrate with SmartThings. And while Freestyle doesn’t have many ports, you will find a micro HDMI and a USB-C port.

But that’s not all. The Freestyle projector can also be a lamp. Included is a lens cap that can act as a filter for some light shows — including a lava lamp effect or even a star show. The lights display can also be reactive to sound, so it can sync with a playlist for a fully immersive light show. Users can also connect and use The Freestyle as a stand-alone speaker. It is also the first portable projector that can be screwed into a standard lightbulb socket. In fact, Samsung will be selling a base accessory that enables users to project from a light socket without the need for additional wiring. Samsung is now taking preorders for the Freestyle and it will be shipped starting on January 24th.