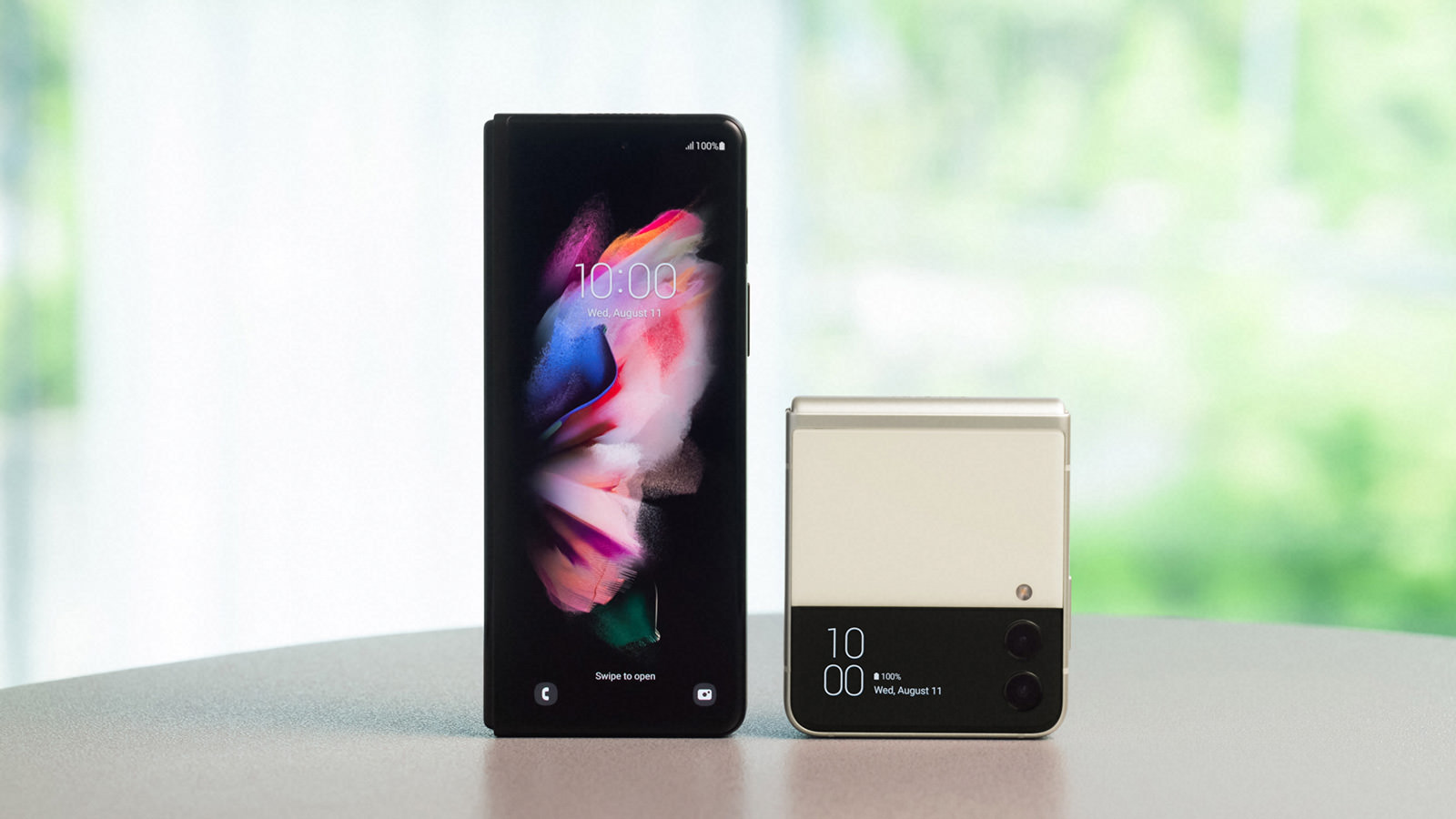 Samsung has just launched two third-generation smartphones – the Galaxy Z Fold3 5G and Galaxy Z Flip3 5G. According to Samsung Electronics President and Head of Mobile Communications Business, TM Roh, “With Galaxy Z Fold3 and Z Flip3, Samsung is once again redefining the possibilities with foldable smartphones that empower users with the flexibility and versatility needed for today’s fast-paced world.” The Z Fold3 and Z Flip3 come with IPX84 water resistance and both are built with Armor Aluminum — the strongest aluminum ever used on a Galaxy smartphone. These phones are covered with Corning Gorilla Glass Victus to protect against scratches and accidental drops. The Z Fold3 and Z Flip3 have gone through a strenuous folding test, to withstand folding 200,000 times. Both the phone runs on Android 11 with One UI 3.1. In addition, the phones are equipped with Stereo speakers with Dolby Atmos.

The Samsung Galaxy Z Fold3 sports a 6.2-inch cover screen but becomes tablet-like in seconds as soon as it is opened. The thin clamshell hides a massive 7.6-inch display, designed for everything in your digital life. The Z Fold3 is also compatible with two new S Pens now on sale. There is an S Pen Fold Edition exclusive to this device for great on-the-go note-taking and an S Pen Pro for more serious artists. On the imaging front, the Galaxy Z Fold3 is packed with a triple rear camera set-up consisting of a 12MP camera with LED flash, a 12MP telephoto lens, and a 12MP 120° ultra-wide sensor. The phone is powered by the Snapdragon 888 5nm Octa-Core processor combined with 12GB LPDDR5 RAM and 256GB/ 512GB (UFS 3.1) storage.

The Galaxy Z Flip3 boasts a main screen of 6.7-inch FHD+ Dynamic AMOLED 2X Display with 2640 x 1080 pixels resolution. The Z Flip3 phone is powered by the Octa-Core Qualcomm Snapdragon 888 processor with 8GB LPDDR5 RAM and 128GB/256GB UFS 3.1 storage. For imaging, the phone sports a 12MP ultra-wide camera with an F2.2 aperture, FOV of 123 degrees, and a 12MP wide-angle camera with dual pixel AF, OIS, F1.8 aperture, and 78-degree FOV. The Galaxy Z Fold3 and Z Flip3 will be available for pre-order beginning August 11 and will launch on August 27 starting with select markets, including the US, Europe, and Korea.

In other Samsung news, check out the Odyssey Neo G9.