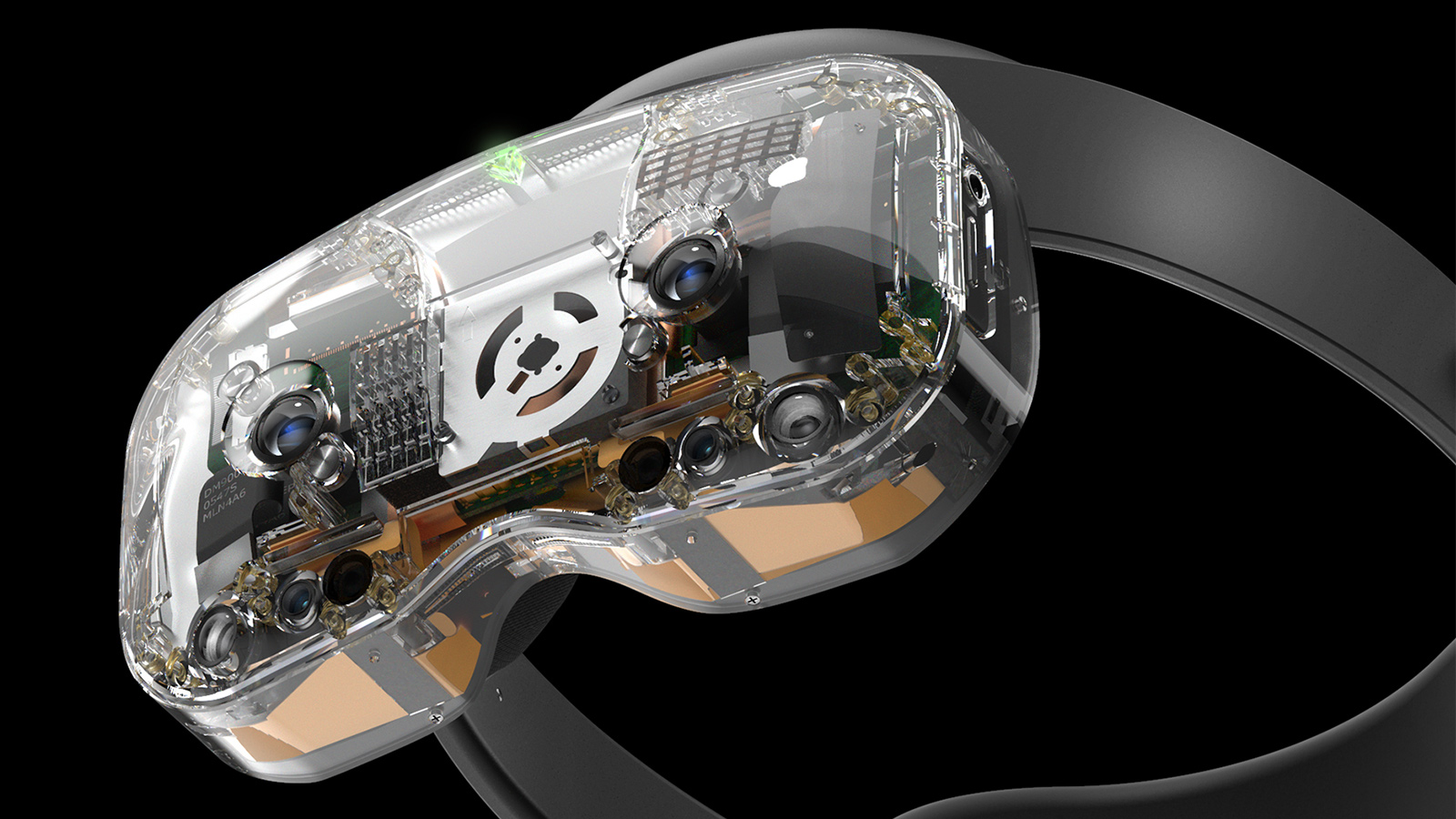 When it comes to computer-mediated reality, sometimes virtual reality is the best approach, while other times, augmented reality is more suited for the situation, environment, or audience. For example, full-fledged VR is best for a person playing an immersive game in a fantasy landscape with friends. But augmented reality is more suited for, say guiding an auto mechanic in diagnosing an engine problem while looking at the actual vehicle. For now, users have to use a dedicated virtual reality headset for VR experiences, and a separate augmented reality headset when entering into an AR situation. The French developers of the LYNX Mixed Reality Headset now aim to give consumers a single headset to interface with both types of computerized reality.

The LYNX Mixed Reality Headset offers a resolution to users of 1600 x 1600 pixels per eye at 90Hz together with Unity3D SDK and OpenXR support. The headset also includes an accelerometer, gyroscope, and magnetometer. The Qualcomm Snapdragon XR2 system-on-chip processor is supported by 6 GB of LPDDR5 RAM, and the headset will include 128 GB of internal storage together with Bluetooth 5.0 and Wi-Fi6 (802.11ax) connectivity. The Mixed Reality Headset from LYNX is slated to begin a Kickstarter campaign in September 2021 with delivery anticipated to begin in February 2022.

For more on mixed reality, check out Microsoft’s Mesh.