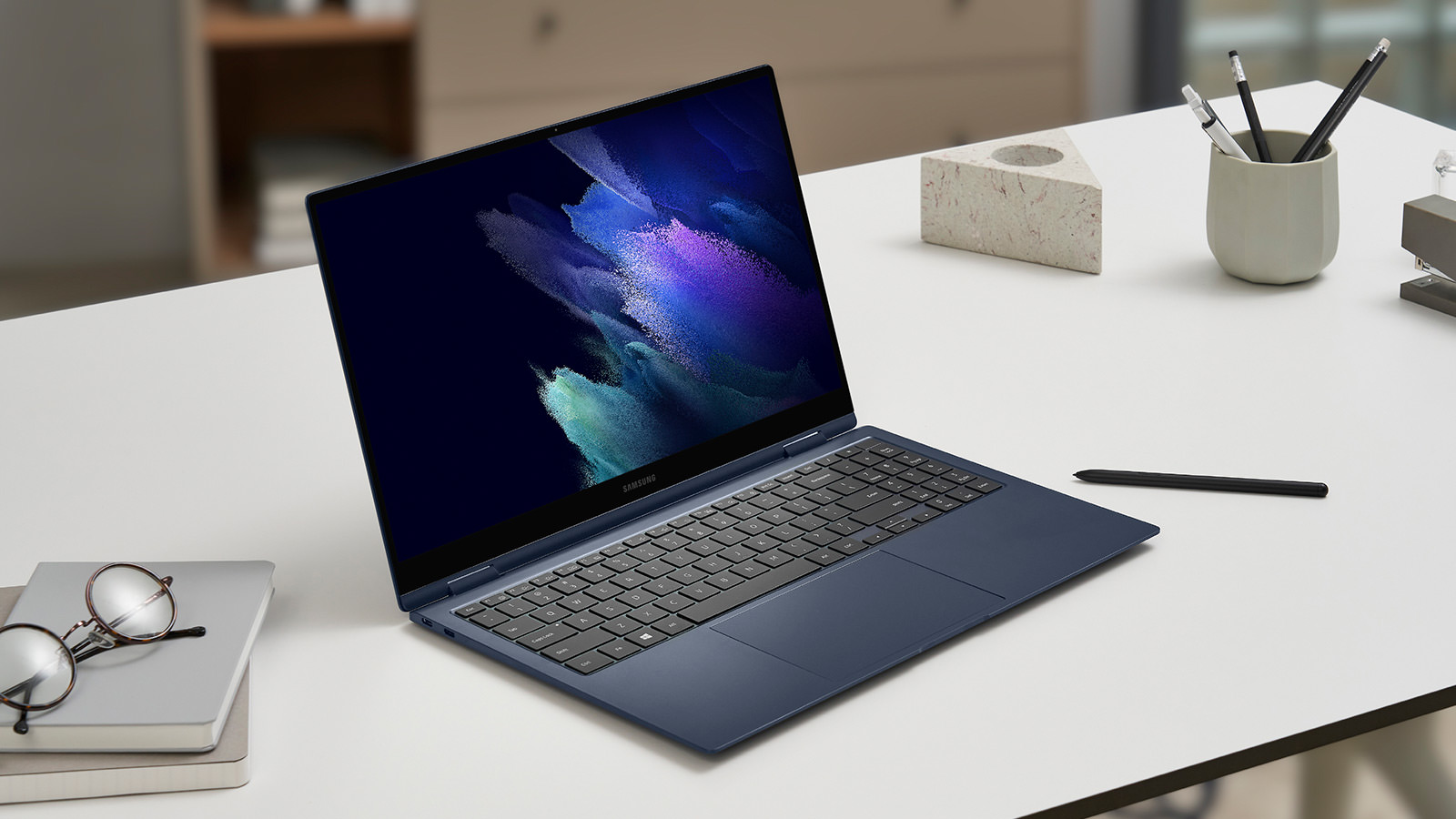 People who tend to be of the mobile persuasion often rely simultaneously on notebooks and smartphones to get their jobs done quickly while out on the road. That same gear should be suitable for business presentations as well as for relaxing with streaming media and games at the end of the day. The new Samsung Galaxy Book Series delivers on both fronts. The Galaxy Book Pro and its beefed-up companion, the Galaxy Book Pro 360, are based on the same kind of processing power found in Samsung’s line of Galaxy smartphones. So people who already own a Samsung mobile device will find it works well as a companion to the new Galaxy Book.

Displays are the main highlight of Samsung’s new Galaxy Book Pro Series, which are a pair of clamshell and convertible laptops in two sizes each. All four devices feature the company’s AMOLED panels (the Pro 360s use Super AMOLED touchscreens) with full HD resolution. The new models come with 13-inch and 15-inch screens, suitable for work documents or feature films. Samsung’s latest offerings weigh 1.10kg and 1.39kg respectively, constructed with what the manufacturer calls “military-grade durability” 6000-series aluminum. It is also worth noting that the Samsung Galaxy Book Series comes with an updated S Pen (it’s 2.5 times thicker than the original version), for drawing, painting, and taking notes during meetings. And for virtual meetings done through video conferences, the Galaxy Book features Intelligent Noise Cancelling to reduce ambient noise coming in through the user’s microphone.

In other tech news, check out the GIGABYTE AORUS 4K Tactical Gaming Monitors.