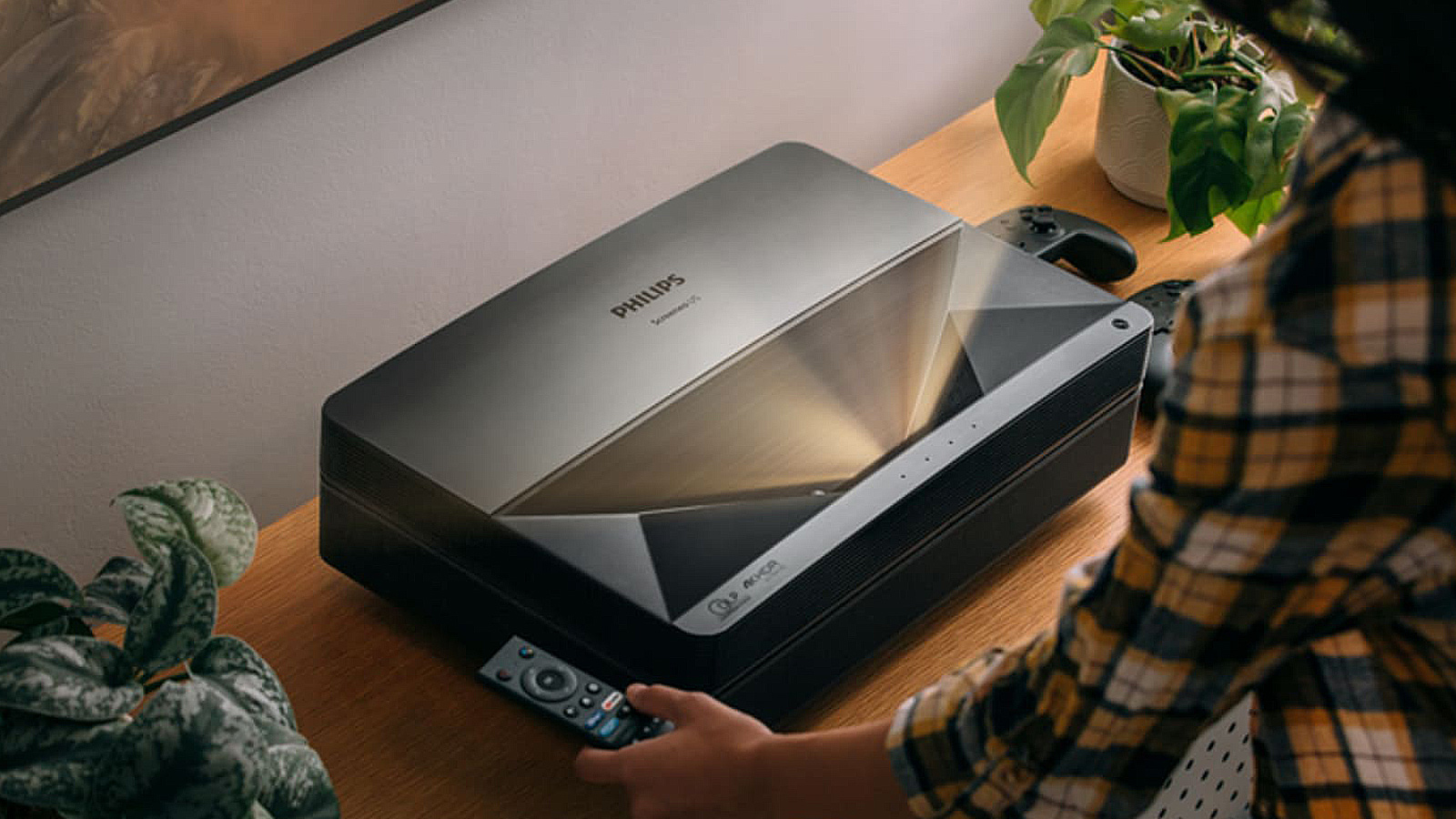 Movie buffs and entertainment enthusiasts have been trying to mimic the cinema experience at home for decades. Big-screen TVs and surround sound systems were effective options, until now. The Philips Screeneo U5 projector is unlike any other projector on the market and is far different from the big-screen TV experience. This ultra-short throw projector creates a vivid 4K image spanning up to 150 inches on any wall or screen. However, it doesn’t have to be across the room to do so. The Screeneo U5 can display true 4K UHD visuals for a cinematic experience from as little as 4 inches from the wall.

The ultra-short throw is one of the projector’s most impressive features, but other state-of-the-art technologies add to the experience. The Philips Screeneo U5 features eight-point calibration for optimal screen placement, unrivaled Dolby Atmos sound, and ultra-vivid Dolby Vision colors. The projector’s 2,200 ANSI Lumens clearly display projections in daylight or dark.

The Screeneo U5 takes Smart TV to an entirely new level via Android TV and built-in Google Chromecast. Gamedays and movie nights will never be the same. The Philips Screeneo U5 is available now on Indiegogo with reduced Black Friday pricing. The estimated shipping is March 2023.

In other tech news, see the new Devialet Mania.