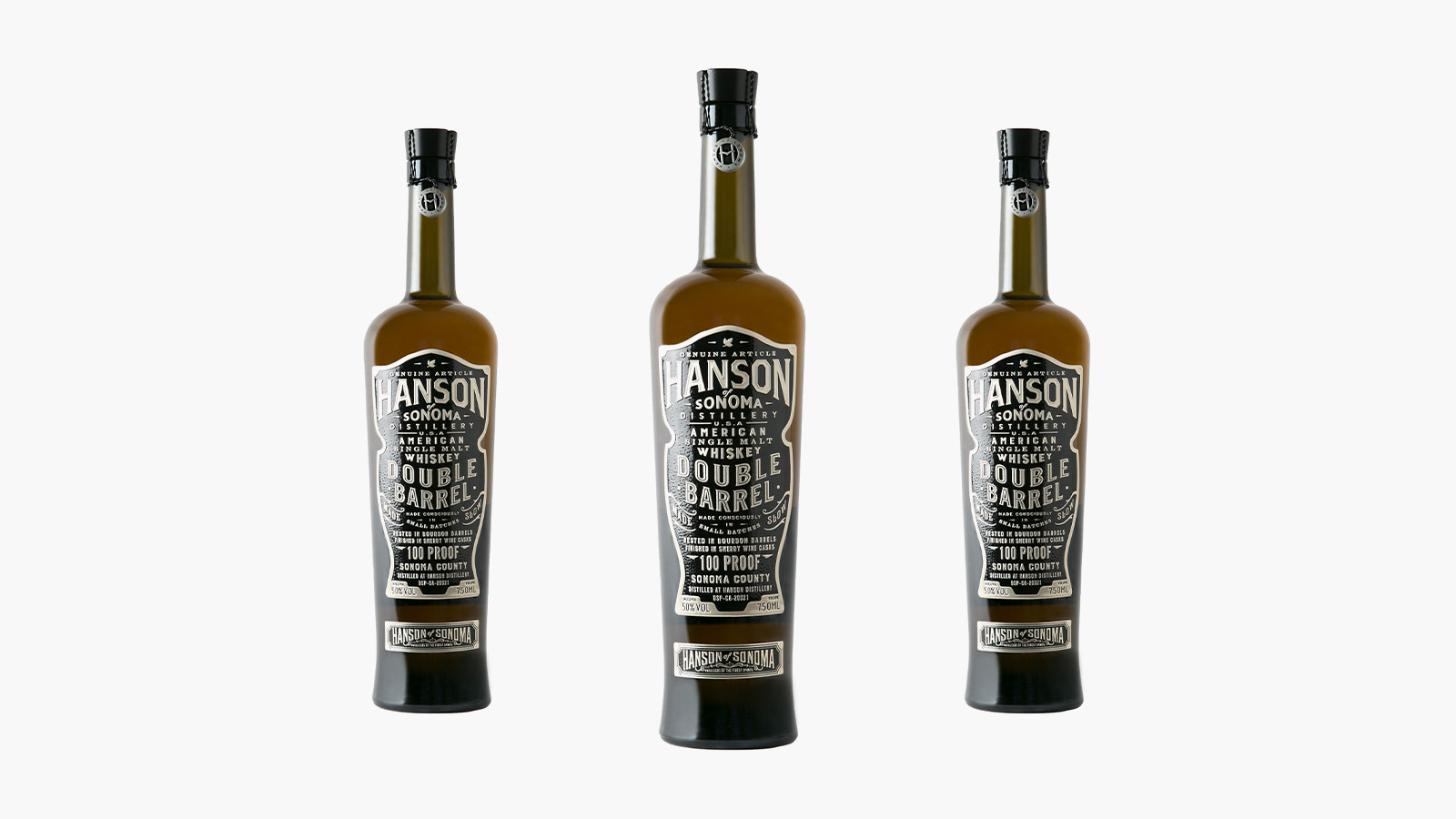 While its main focus has been on grape-based vodkas, Hanson of Sonoma Distillery has recently entered the arena of American whiskeys as well. Their first whiskey outing is the Double Barrel American Single Malt Whiskey, stated to be a blend of tradition and technique from both Scottish and Japanese whiskeys. Sonoma starts its process with four distinct malted barleys, then they age the whiskey for four years in bourbon barrels. The Japanese tradition they follow is to then cask-finish the whiskey in a variety of different barrels, including Spanish Oloroso sherry casks. These sherry barrels help to impart a sweetness to the whiskey.

The 100-proof Hanson Single Malt Double Barrel Whiskey has a very lovely dark amber coloring with a nose of strong woodiness, with a slight hit of sweet fruitiness behind it and a nice subtle hint of vanilla as well. The whiskey first hits your tongue with a strong hit of spiciness. After that initial bite, there is a nice hint of chocolate or toffee. While the initial flavor is spicy, you can definitely taste the sweetness of the sherry casks in the aftertaste. One can easily enjoy this whiskey neat, on the rocks, or as the basis of a wonderful Manhattan. The bottle itself is adorned with a handsome custom metal label, so it can be proudly displayed on your bar cart.