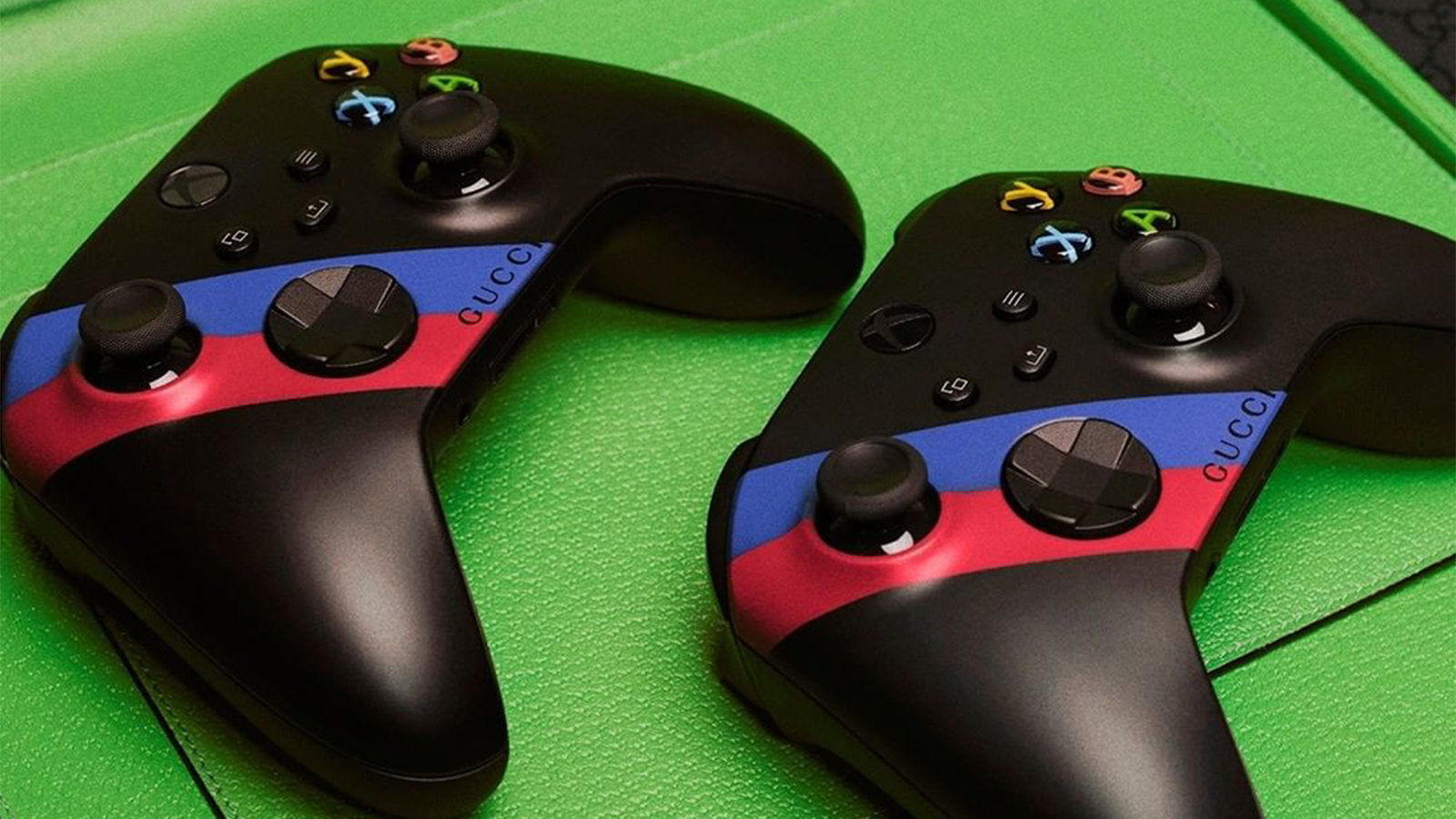 Microsoft’s Xbox game console Series X came out about a year ago. Gamers are desperately trying to get their hands on one without much luck. It is sold out practically everywhere unless someone is happy with paying two or three times the price on a resale website. With advanced graphics and 4K gaming up to 120 frames per second, this is next-gen video gameplay. Now the luxury designer brand Gucci wants to get a piece of the playing action. They will be selling a Gucci Xbox Series X edition that promises to be gaming and top-notch style combined.

The Italian fashion house will be making only 100 of these Gucci Xbox Series X consoles with accessories. The actual console will be a step up from the typical matte black offering. Gucci’s console features a laser-engraved pattern that, to quote from the marketing copy, is “an evolution of the original Gucci Rhombi design from the ‘30s [in which] the GG pattern becomes a wordplay—not only representing Guccio Gucci’s initials but also the gaming phrase ‘Good Game.’”

For a price tag of $10,000, which is approximately $9500 more than the original unit costs, it includes two Xbox controllers with logo print and the patented red and green Gucci stripe adorning them. The best part is that the entire package comes in a stylish Gucci box, that looks like a suitcase with GG canvas design, in their traditional color palette of beige and black. On November 17th, Gucci will sell the 100 consoles at some of its highest-profile brick-and-mortar stores—including the Wooster Street store in Manhattan, the posh Gucci Circolo in Milan, and the Shibuya location in Tokyo.

If you liked this, check out the Gucci x Hot Wheels Cadillac Seville.