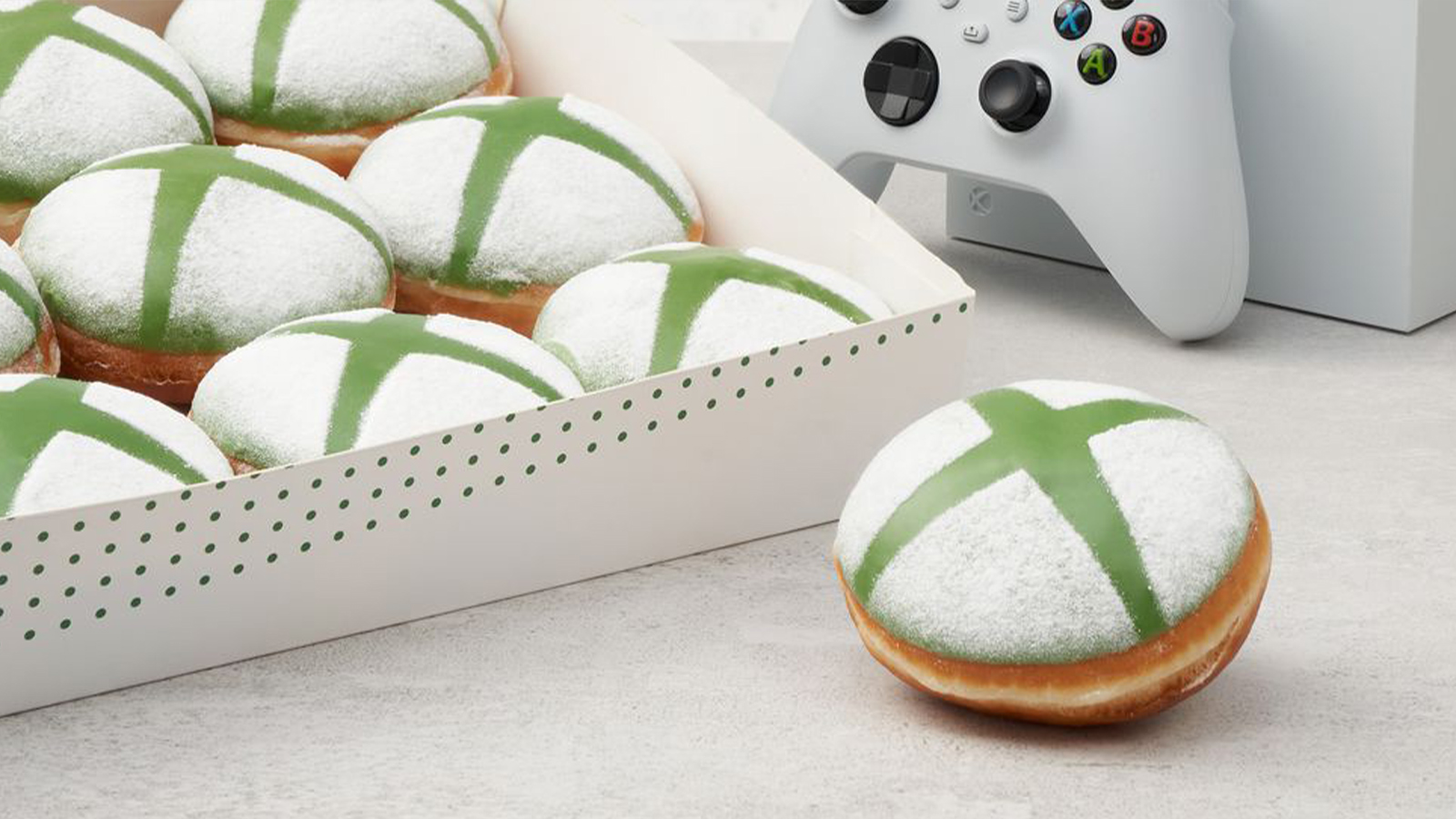 Krispy Kreme Doughnuts and Microsoft have teamed up to celebrate the 20th birthday of Xbox with the release of the Nexus Level Doughnut. To sweeten this deal even more, the doughnut giant is also offering a chance to win an Xbox Series S, the slightly less powerful and smaller console out of Xbox’s next-gen offerings, plus a month of Xbox Game Pass Ultimate with every initial entry. That is the good news. Unfortunately, the Nexus Level Doughnut will only be available across the pond in the UK and Ireland from August 2nd to the 22nd.

Krispy Kreme offers the new confection in a video released this week that both satirizes tech product launches and heralds the arrival of the Nexus Level Doughnut. The video touts “smooth surfaces and ergonomic form for enhanced enjoyment,” while describing the doughnuts, which have the green Xbox ‘X’ across them. The limited-edition doughnut is described by Krispy Kreme as having “our irresistible light and fluffy dough with a rich and gooey brownie batter, dipped in icing and decorated with the iconic Xbox logo.” Here’s hoping this undoubtedly tasty treat will be coming our way in the not too distant future.