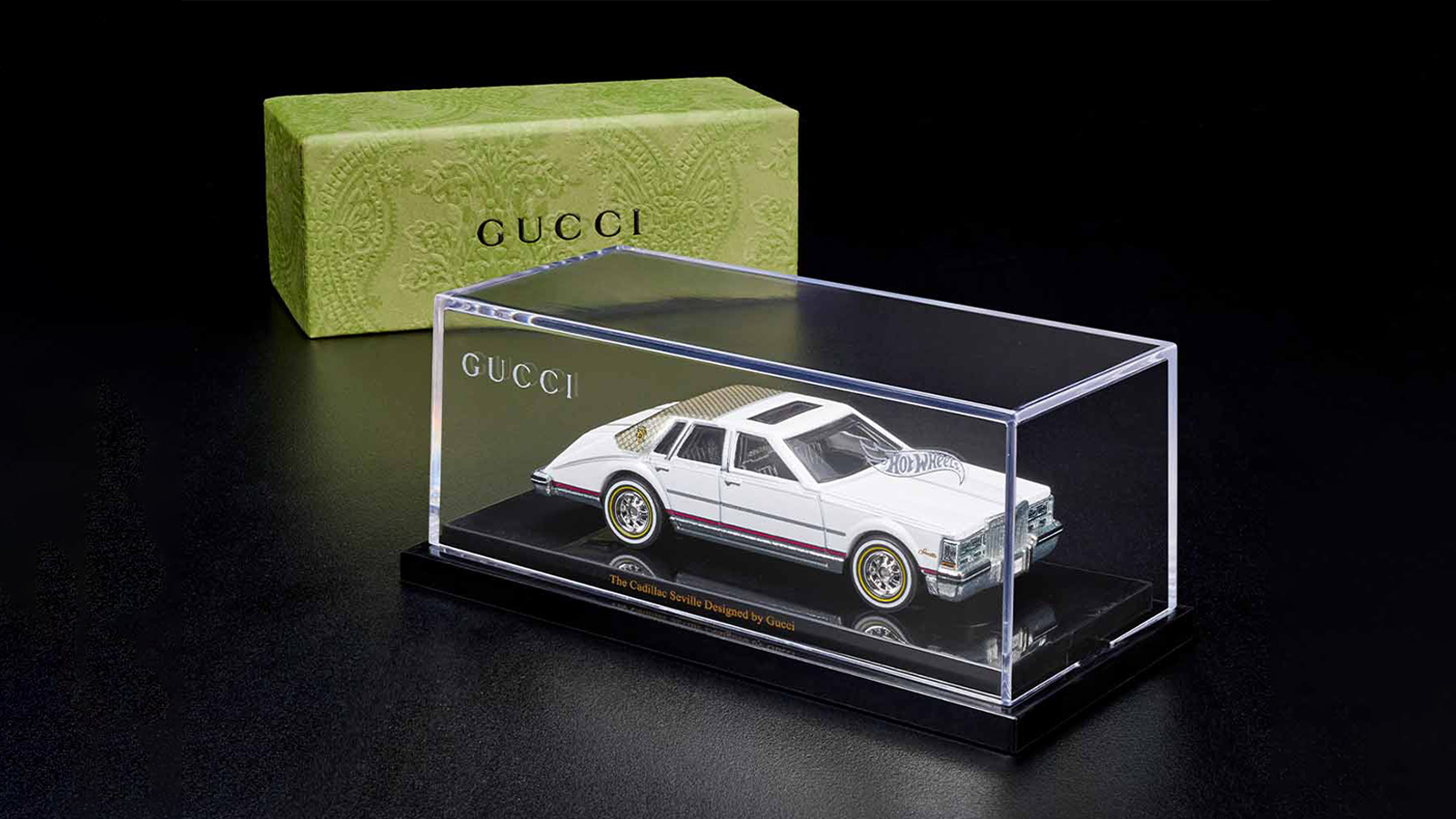 Back in 1975, Cadillac sought to compete with the emerging European market. Since more consumers were straying from American-made vehicles, Cadillac tried to capture their attention with the Seville. The reception was lukewarm, but the Seville managed to make an impact. In the late 1970s, high-end fashion house Gucci collaborated with General Motors to introduce a luxury package for the first-generation Cadillac Seville. While GM did not produce any Gucci edition Seville models, the company allowed Maison Gucci to outfit the cars under the Seville by Gucci name. Now, to celebrate Gucci’s 100th anniversary, the design team at Mattel Creations partnered with the fashion house to immortalize the 1982 Gucci Cadillac Seville. This Hot Wheels x Gucci Cadillac Seville is the first high fashion collaboration for Hot Wheels and the first official collectible from Gucci.

The limited-edition Hot Wheels Cadillac Seville is outfitted with an all-metal die-cast body and chassis in addition to Real Riders tires. This 1:64 scale model collectible of the V8-powered sedan is unmistakably Gucci with its iconic pattern and gold piping on the seats and is equipped with a monogrammed vinyl top and custom Gucci hood ornament. The Hot Wheels x Gucci Cadillac Seville is encased in an acrylic display and comes packaged in an authentic Gucci-branded box and green slipcover.