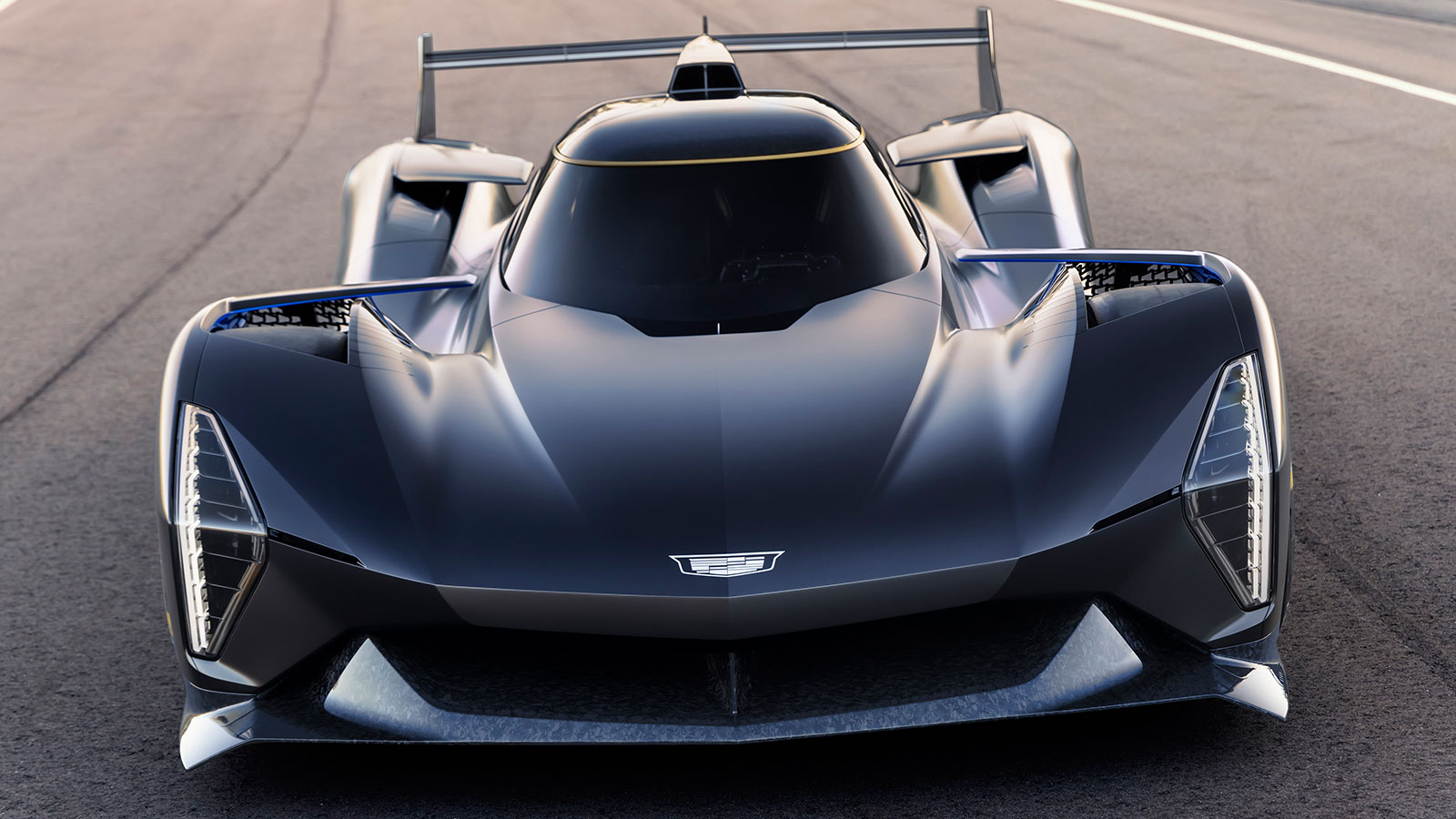 Cadillac officially unveiled its third-generation prototype race car dubbed Project GTP Hypercar. Photos of the car’s exterior design showcase a wide-track menacing-looking race car. Its headlights and taillights echo Cadillac’s current road vehicles. However, its most notable feature is its massive transparent fin. The large fin gives the appearance that the Cadillac GTP Hypercar is traveling at 200-mph while parked.

In addition to finally seeing the Cadillac GTP Hypercar, we now know what lies in its engine bay. The Cadillac prototype GTP Hypercar uses a 5.5-liter DOHC V8 paired with an LMDh (Le Mans Daytona H) hybrid system. The engine’s power is sent to the rear wheels while the car’s forged carbon fiber front splitter, side sills, engine cover, and rear diffuser keep its weight low.

Cadillac mentioned some of the GTP Hypercar’s materials may change between now and next year’s first race. The Cadillac GTP Hypercar begins on-track testing this summer in preparation for its premiere race at the Rolex 24 at Daytona in 2023. Most may not realize how formable the Cadillac brand is in motorsport. Its most recent achievements include winning the Rolex 24 at Daytona four years in a row from 2017- to 2020. In addition, Cadillac won the IMSA WeatherTech SportsCar Championship in 2017, 2018, and 2021.

For more from Cadillac, see the 2023 Cadillac Escalade-V.