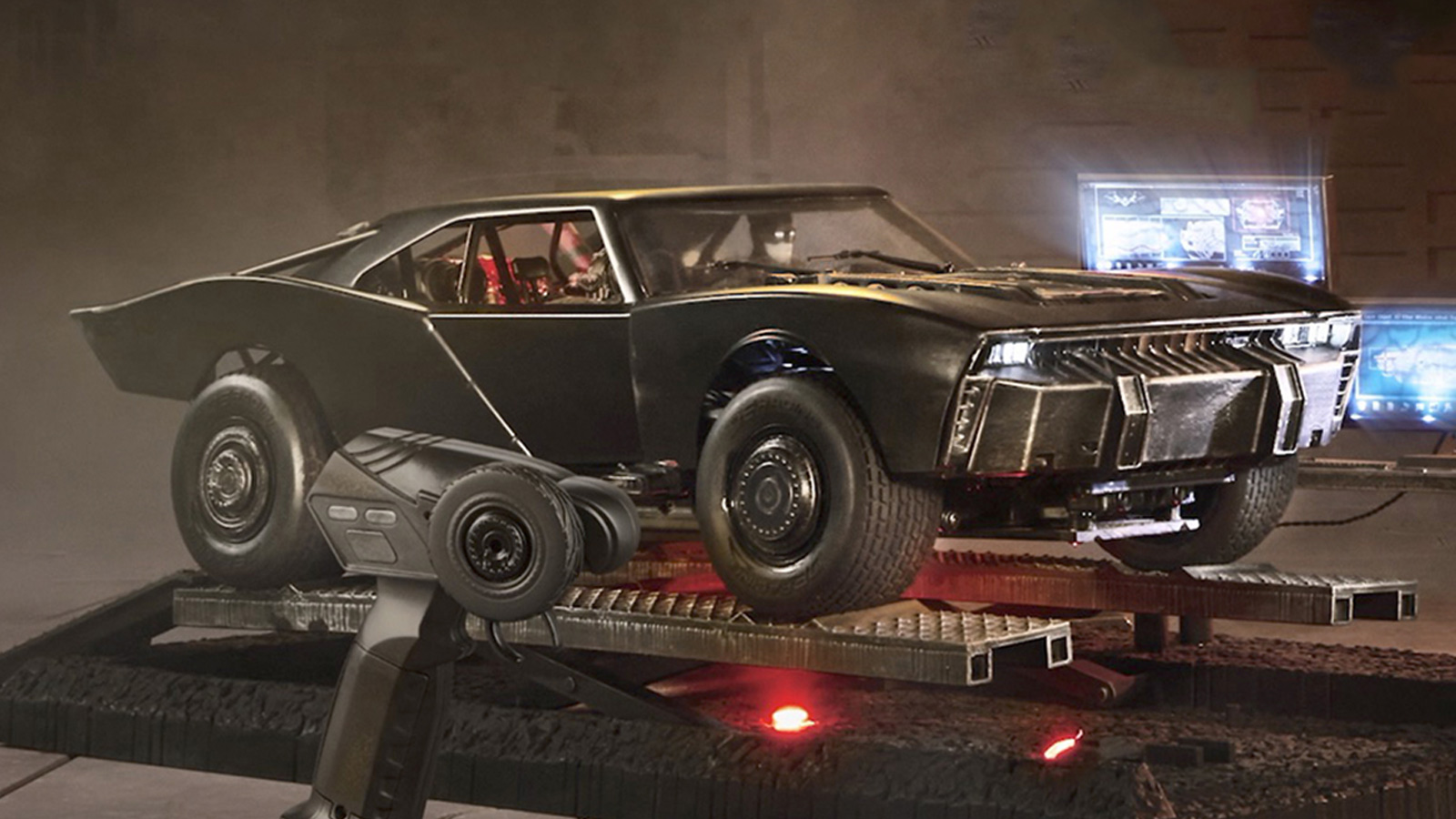 The Hot Wheels x The BATMAN Ultimate R/C Batmobile is designed to strike dread in the hearts of Gotham City’s criminals and delight those who collect Dark Knight memorabilia. The R/C 1:10 scale replica release of the Batmobile is featured in the upcoming The Batman film, and even includes its own animatronic Batman, situated just so in the driver’s seat. The entire replica measures 5.3 inches tall, 9.6 inches wide, and is 19.5 inches long. This amazingly accurate replica features all the details of the car from the film, down to the LED interior and exterior lighting as well as fully functional suspension. There is even a water-activated mist effect that creates the ideal, movie-like atmosphere to set the stage for various scenes from the film. Also included is a well-appointed display stand that mimics the look of the Batcave, complete with a lift, the Bat-signal, and computer monitors.

In addition to the many details that make his replica accurate and true, the design team at Mattel Creations went all out and included some details to give it an authentic look, like dirt and a bit of battle damage. The animatronic Batman is controlled via R/C inputs by the user, allowing Batman to move the steering wheel and shift. The unmatched mix of R/C performance and movie details means the Hot Wheels x The BATMAN Ultimate Batmobile looks just as good standing still as it does in action on the streets of Gotham City.

For more about Batman, check out the book ‘Batman: The World’.