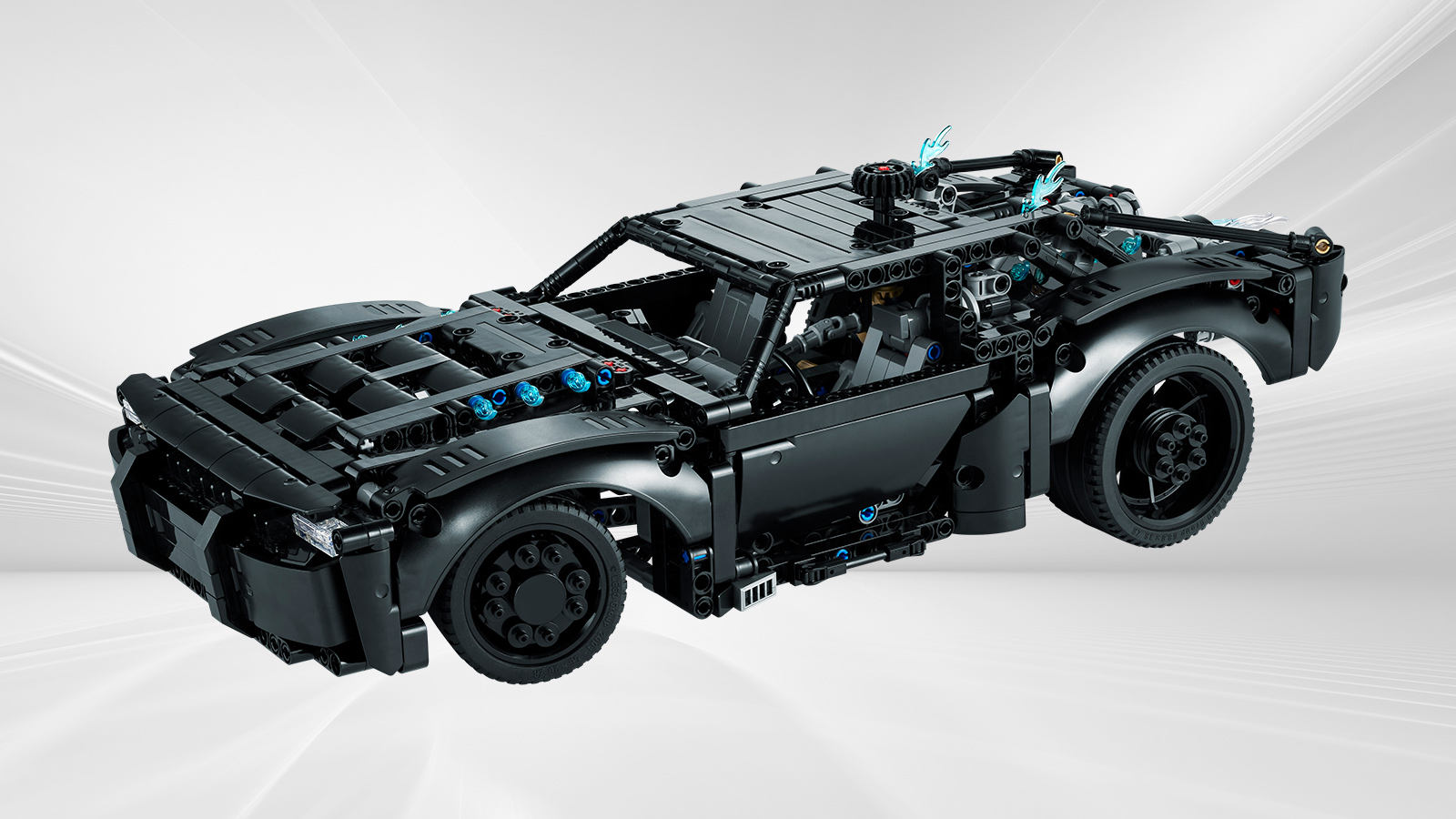 In advance of the March 2022 release of The Batman, starring Robert Pattison, LEGO has unveiled its new Technic set, the Batman – Batmobile, arriving on November 1st. Inspired by the latest version of the Batmobile from the upcoming film, the 1,360 piece set features the battle-ready vehicle complete with 2 spring-loaded shooters that launch mega missiles from the front, either simultaneously or individually, when plates on the hood are pressed. The windshield and roof assembly lift off so a Batman Minifigure can be placed in the cockpit. There is even room for a passenger. The Batmobile can be turbocharged with the addition of blue-flame elements attached to the exhaust.

The LEGO model includes 2 light bricks – 1 red and 1 yellow. The red light adds an awesome glow to the transparent toy engine at the back, while the yellow brick lights up the front grille. Other features include front steering, opening doors and hood, and moving pistons on the engine. LEGO’s Batman – Batmobile measures over 4-inches high, including the steering wheel and top flame, 17-inches long, including rear flame, and 6-inches wide.

For another soon-to-be-released LEGO set, check out LEGO’s ‘Titanic’.