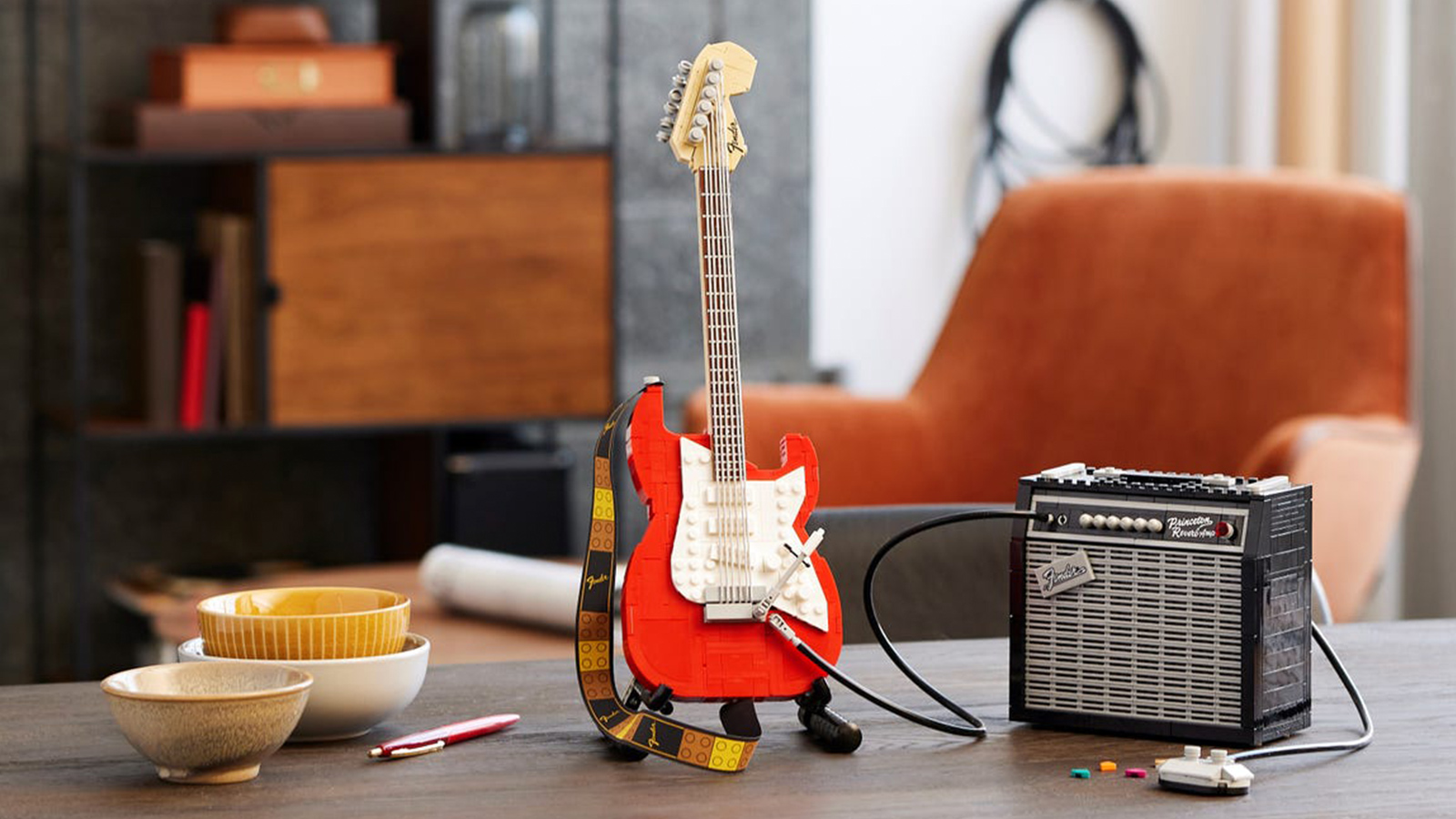 LEGO Ideas has announced a new set allowing fans to build their own miniature replica Fender Stratocaster. News of the set originally broke in 2020 after Lego fan Tomáš  Letenay, from Slovakia, submitted his design for a Fender Strat as part of LEGO Ideas “Music to Our Ears” competition. The brick brand was so impressed with the work that they sought to bring it to life. The 1,074 piece set includes the famed guitar, with the body built in either red or black bricks, complete with a display stand and an accompanying 1965 Princeton Reverb amp. Highlights of the design include a movable whammy bar, tuning pegs, and pickup switch, a stylized guitar strap, and removable panels revealing the amp’s motherboard, reverb tank, and speaker.

The Fender Strat is every bit as iconic as the LEGO brand itself – making the LEGO Ideas Fender Stratocaster Set a perfect pairing. Since its inception in 1954, the Stratocaster has cemented its position at the top of the guitar chain with its contoured body being synonymous with electric guitars themselves. If it is good enough for the likes of Eric Clapton, Jimi Hendrix, and Stevie Ray Vaughan, it is certainly good enough for LEGO aficionados around the world. Now, all that’s left to do is get out there and bring the house down.

For another recent release from LEGO, check out Camp Nou Stadium.