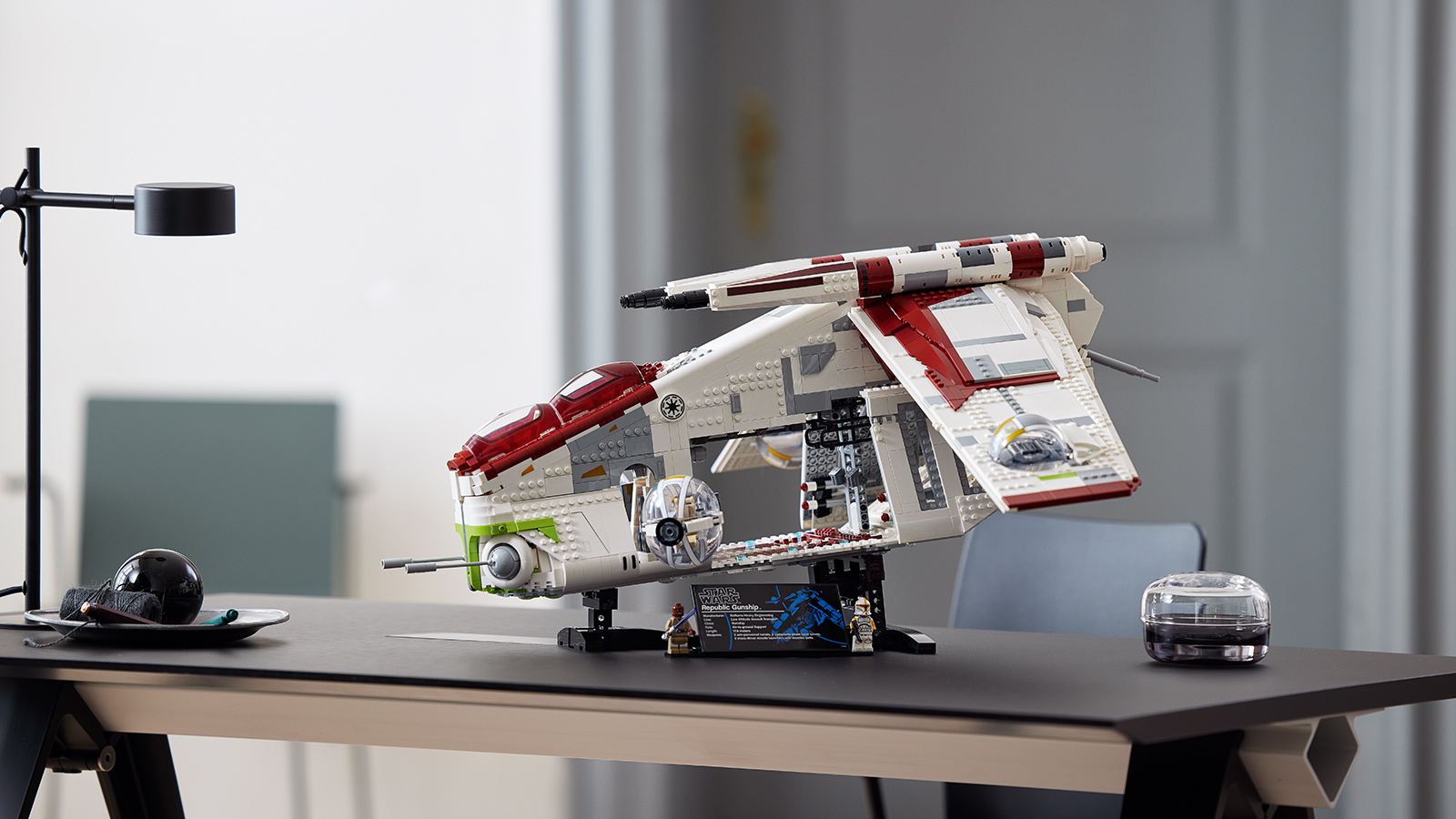 Come August 1st, Star Wars and LEGO fans alike are in for a real treat as LEGO has announced the LEGO Star Wars Republic Gunship Construction Set will join its Ultimate Collector’s line-up. The Republic Gunship from Star Wars: Attack of the Clones, as well as the animated series Star Wars: The Clone Wars, was voted for by the fans on LEGO Ideas as the next set to be released, amassing just over half of the vote at 58%. Made up of 3,292 pieces, the new set is suitable for both new and experienced builders. Accompanying the ship, the set will also contain LEGO Star Wars Minifigures Jedi Master Mace Windu and a Clone Trooper Commander.

The LEGO set was created by veteran designer Hans Schölmer who previously designed the iconic UCS Millenium Falcon and UCS A-wing, and has designed a total of 37 LEGO sets. LEGO is no stranger to crafting sets for the Star Wars franchise, as they have created over 150 sets for the prequels alone. Once built, the LEGO Star Wars Republic Gunship Construction Set will measure 13- inches high, 29-inches wide, and 27-inches long, and comes complete with features and details faithful to its on-screen inspiration. There are the classic bubble cockpits and gunner stations, swing-out spherical gun turrets, and plenty of space for troops and Jedi. The free-swinging doors can open and close, and utilize some of the largest moving parts ever created for a LEGO Star Wars build.