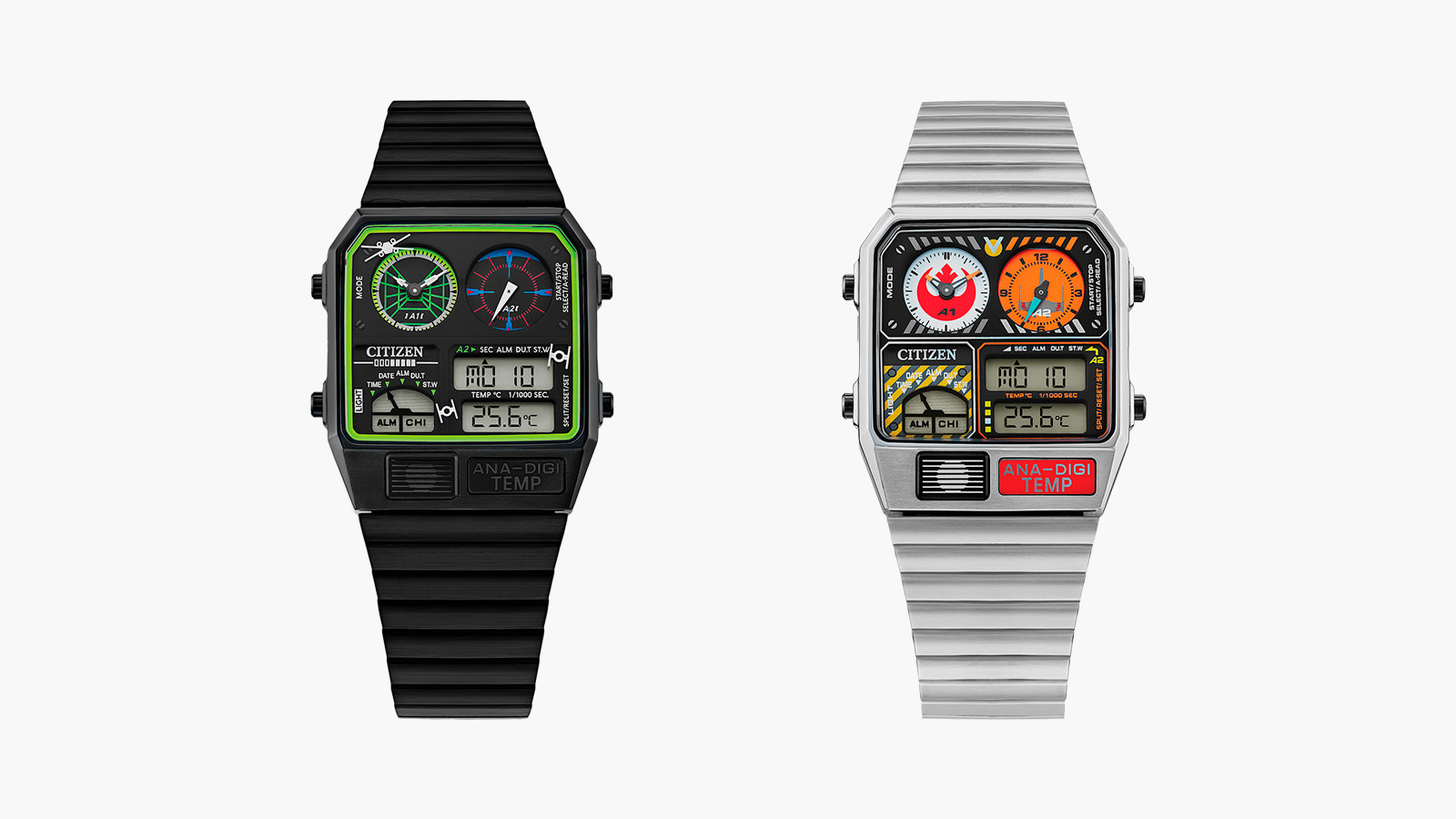 With Star Wars Day almost upon us, it is timely to introduce the new Citizen Star Wars watches, the appropriately named Trench Run and Rebel Pilot. These new themed watches feature the 80s analog-digital hybrid look and carry an overlay of what an X-wing or Tie fighter cockpit would look like on the wrist. The Citizen Rebel Pilot model is a metallic-colored watch that an X-Wing pilot would wear as it features the Rebel Alliance symbol, the pilot’s suit colors, and helmet accents. The Trench Run watch has a sleek dark side design representation of the Tie Fighter screen view and radar – perfect as part of the imperial accessories for a Tie Fighter pilot.

In terms of function, both watches are exactly the same, with side-by-side dual analog time displays, plus three digital displays that indicate the current mode, the date, and other information including the current temperature in Celsius whenever a button beneath the display is pressed to activate a built-in sensor. As for water resistance? Both timepieces are only “splash resistant.” The caseback of the respective watches features the X-Wing and TIE Fighter silhouettes. These Citizen watches are the perfect gift for the Star Wars superfan and what better day to give them than on May 4th! 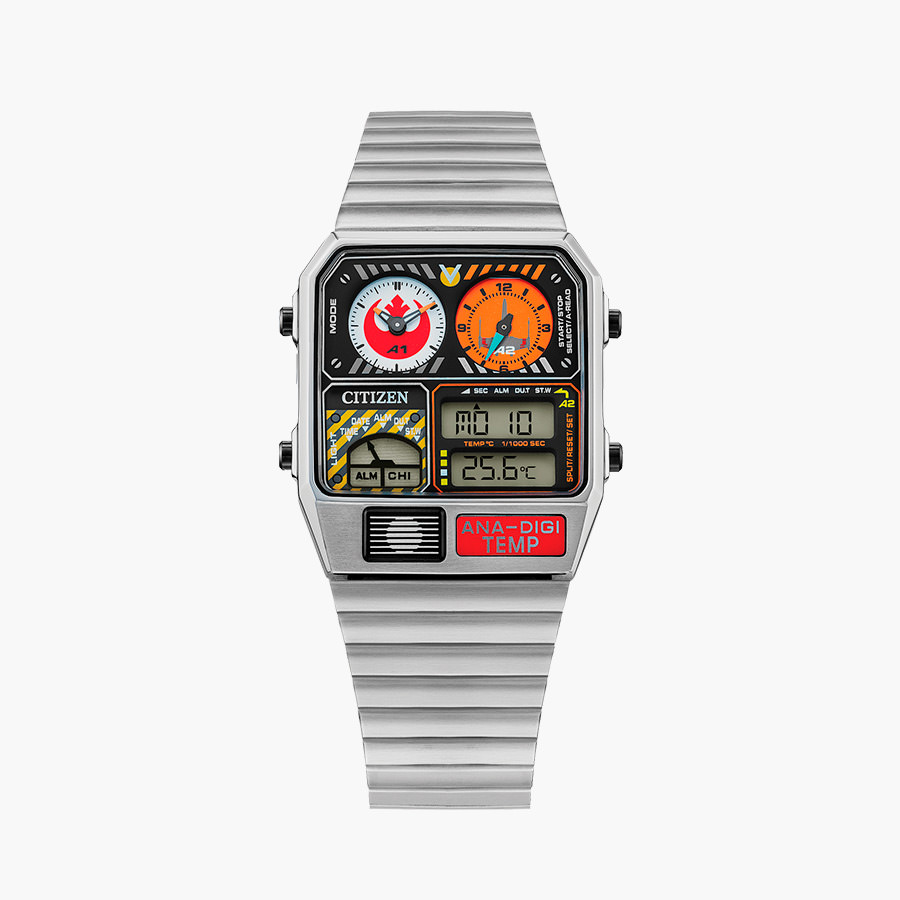