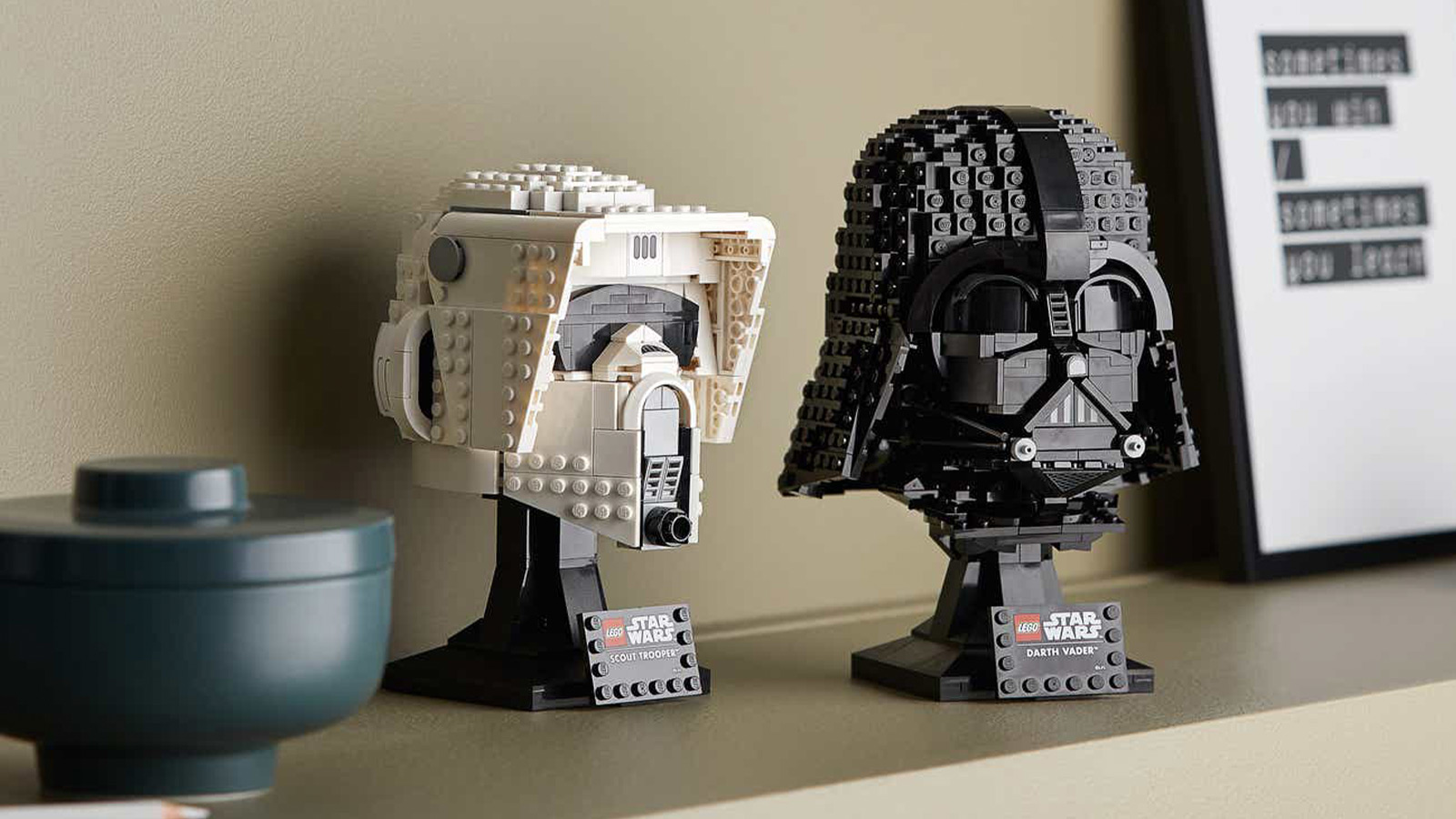 LEGO is launching yet another iconic set based on a collaborative effort with Star Wars. The LEGO Star Wars Helmet and Droid Construction Sets will consist of three separate builds that are each inspired by the Dark Side. The Darth Vader Helmet set captures the essence of Star Wars’ ultimate villain and perhaps most iconic character, Darth Vader. When completed, this 834-piece model creates an impressive display piece.

The 471-piece Scout Trooper Helmet set pays homage to the trooper’s infiltration abilities and reconnaissance work. Finally, the Star Wars Imperial Probe Droid set, which is a 683-piece model, allows builders to recreate scenes from Star Wars: The Empire Strikes Back from the ice planet Hoth. Once completed, the droid can be suspended over a buildable snow scene for display. Each of the LEGO Star Wars Helmet and Droid Construction Sets is based on the intimidating, yet the beloved on-screen presence of these characters. In many cases, these figures are more desired than their more admirable counterparts— the characters fighting for good —simply because of their mystique. Each set in the trio is designed for adults who are passionate about not only LEGO but the Star Wars galaxy as well. When completed, each build creates a perfect desk ornament after adding the finishing touch of the plaque to the completed project. Pre-orders of each set are currently available with shipping to take place on April 26th.

For another new LEGO release check out the NASA Discovery Space Shuttle set.