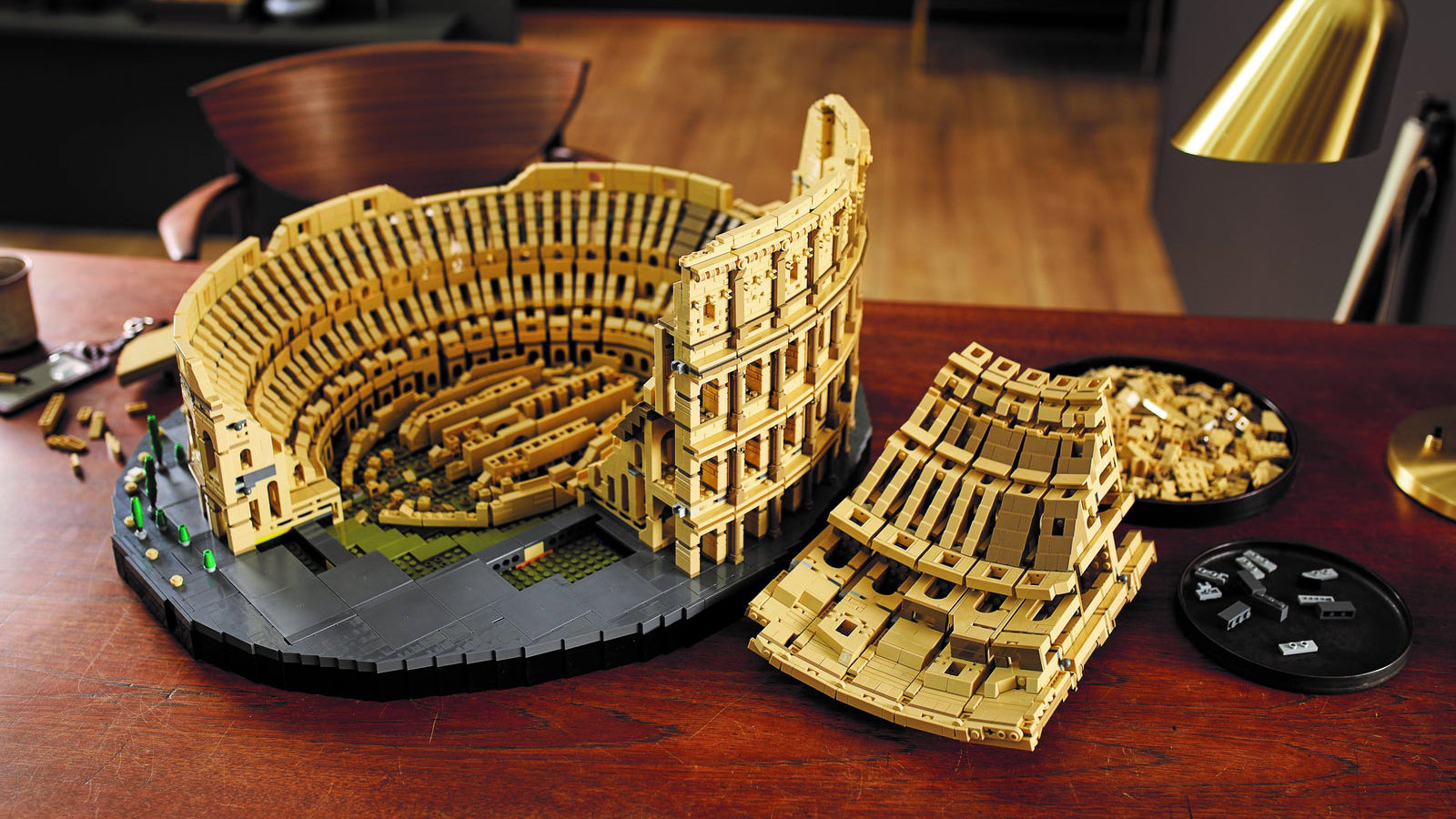 History fans who have an appreciation for architectural masterpieces are in for a treat because LEGO has unveiled its new LEGO Colosseum Set, which is inspired by Rome’s iconic landmark. Consisting of 9,036 pieces, breaking the record for the largest LEGO set ever, the Colosseum includes all aspects of the amphitheater, including exterior columns and the enormous structure built under the arena. The floor of the arena lifts up to reveal the structure’s subterranean staging areas. There are even models of olive trees and paving stones for added realism.

The LEGO Colosseum rests on an oval display base so the model can be seen from every aspect. While it’s the biggest LEGO model ever made, it can easily be picked up, allowing the builder to look through the arches from all angles. The Colosseum is part of the brand’s efforts to promote the building bricks as a legitimate hobby for those over 18, and not just a toy for kids. The set will be available starting November 27th, offering the perfect opportunity to entertain yourself as 2020 winds down.