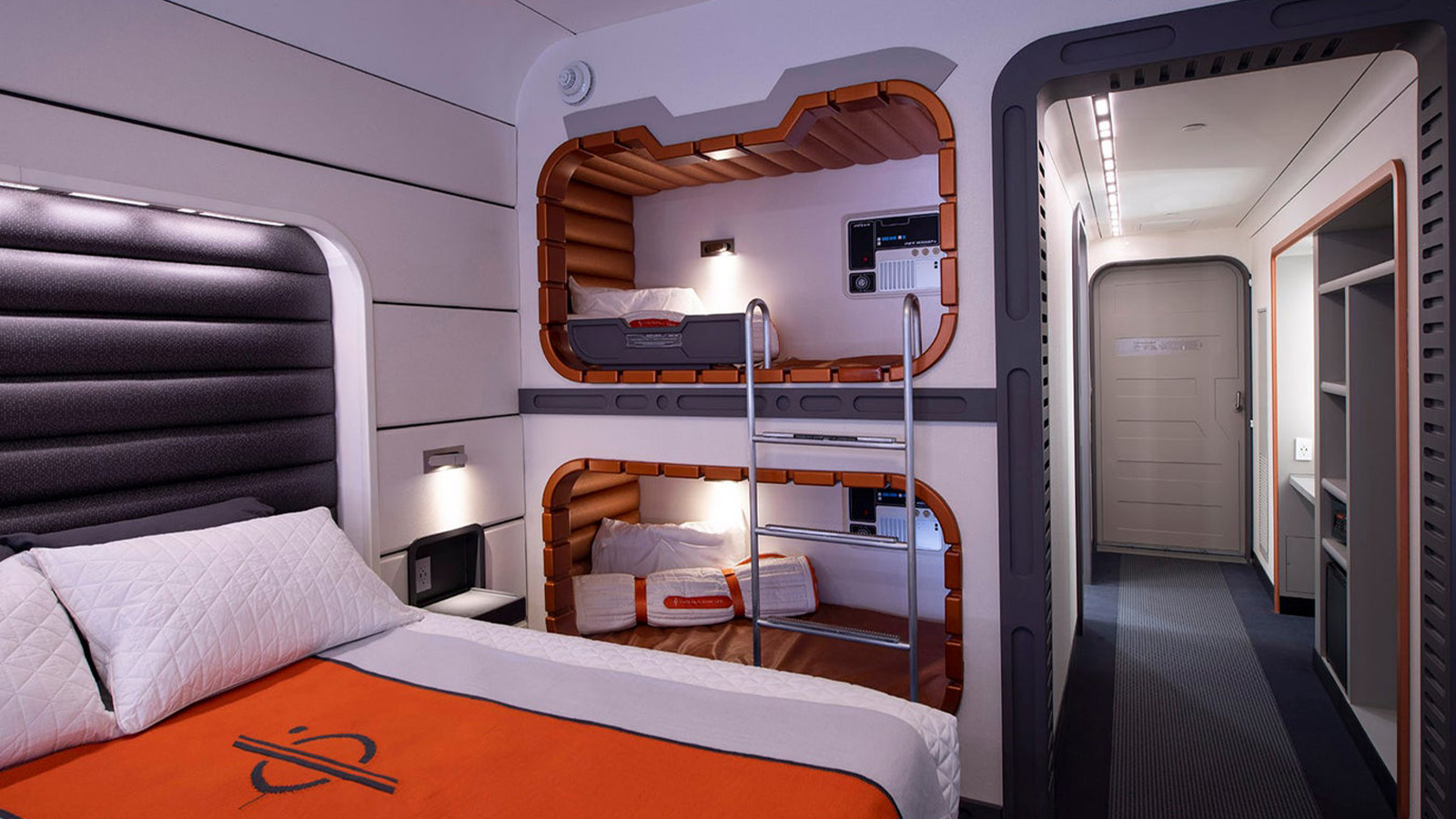 The most visited resort on the planet will likely see a huge surge next year, particularly in the numbers of Star Wars fans, when the Walt Disney World Resort Star Wars: Galactic Starcruiser Hotel opens in Orlando, Florida. Not simply a hotel, the Galactic Starcruiser is an attraction unto itself, which will function more like a Disney Cruise than a Disney theme park. The experience will include an immersive two-day, two-night stay inside the Starship Halcyon where guests will live out their own Star Wars story.

Upon arrival at the “terminal,” guests will complete their earthly tasks and then enter a Launch Pod that blasts them off into space to rendezvous with the Starship Halcyon. From the moment you enter the Atrium of the Halcyon, you begin to experience life aboard a Starship. Guests will participate in a variety of activities including wielding a lightsaber, facing off against a training remote, touring the ship’s bridge, stopping for a drink in the Silver C Lounge, and touring the Engineering Room to discover the inner workings of the ship’s systems, among many others. If this isn’t enough, an excursion to the Black Spire Outpost on Batuu is also included.

The Halcyon’s high-tech sleeping quarters consist of one queen-size bed plus two bunked singles, carved into padded pods in the wall. In addition, guests will find mounted screen displays, with one showing the ship’s trajectory through outer space — that doubles as a television — and another acting as a window to the cosmos, projecting different interstellar vistas during the ship’s course. It is anticipated that the Walt Disney World Resort Star Wars: Galactic Starcruiser will open sometime in 2021.