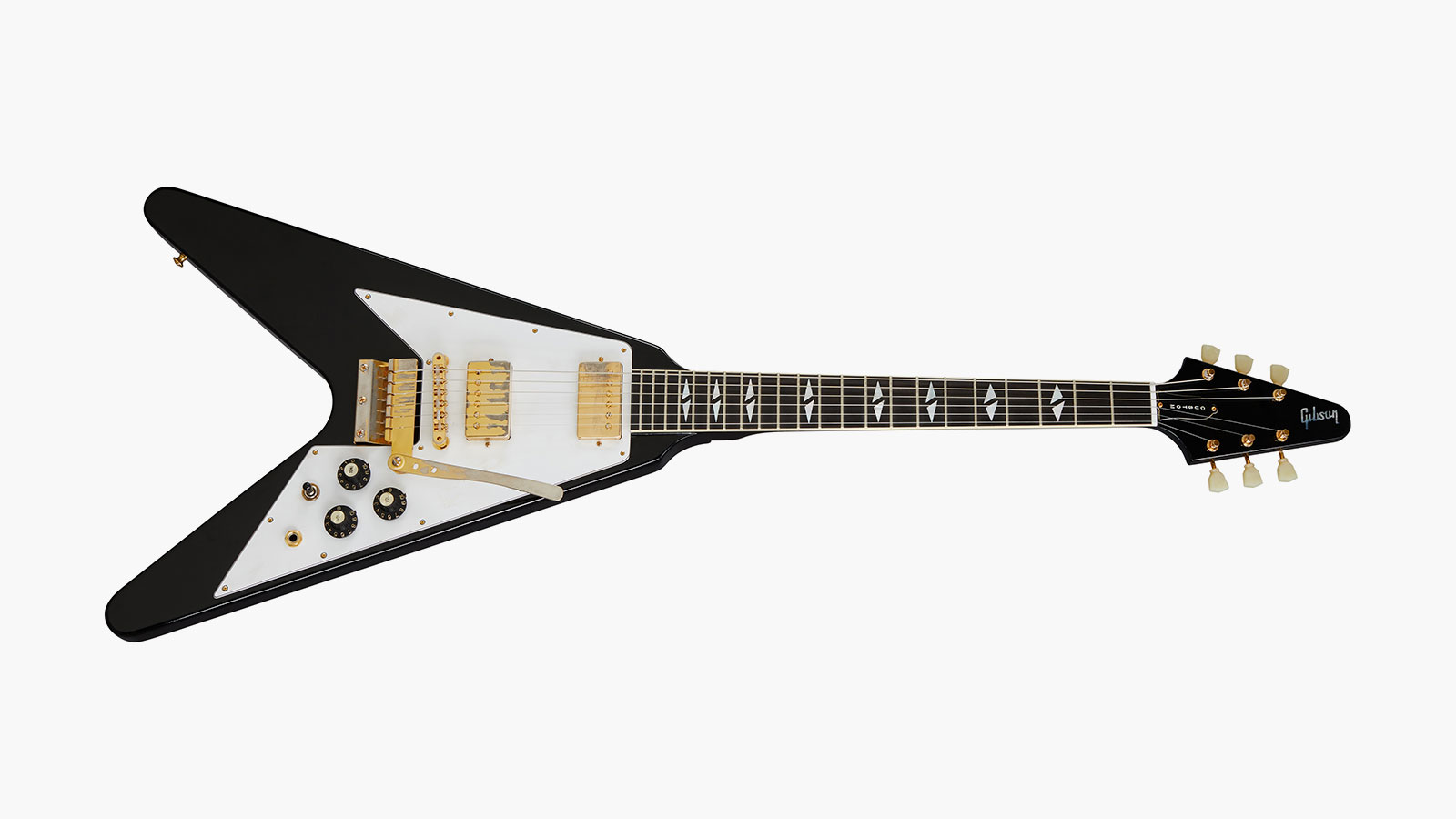 Gibson Brands, the world’s most iconic guitar brand, has released a limited run of Jimi Hendrix’s ebony 1969 Flying V, a right-handed re-creation of Jimi’s left-handed custom Gibson.  The original 1969 Flying V was a custom-made instrument that Hendrix played throughout his Band of Gypsys era. The guitar’s most famous appearance was in 1970 before 600,000 fans at the Isle of Wight Festival, his last performance in England before his death less than three weeks later.

The ebony neck and body have a Murphy Lab Aged finish, a process developed by Gibson Master Artisan Tom Murphy. The neck features an authentic ’67 Flying V-shape profile, while white ply binding outlines the ebony fretboard, which is inlaid with mother-of-pearl split diamonds.  All of the hardware is plated in aged gold, including the Kluson single line, single ring Tulip tuners, ABR-1 bridge, and Maestro Short Vibrola. The Jimi Hendrix 1969 Flying V comes with a certificate of authenticity and a specially designed hardshell case. Gibson has produced only 125 right-handed versions of the Flying V guitar and 25 left-handed versions, which are available for purchase.