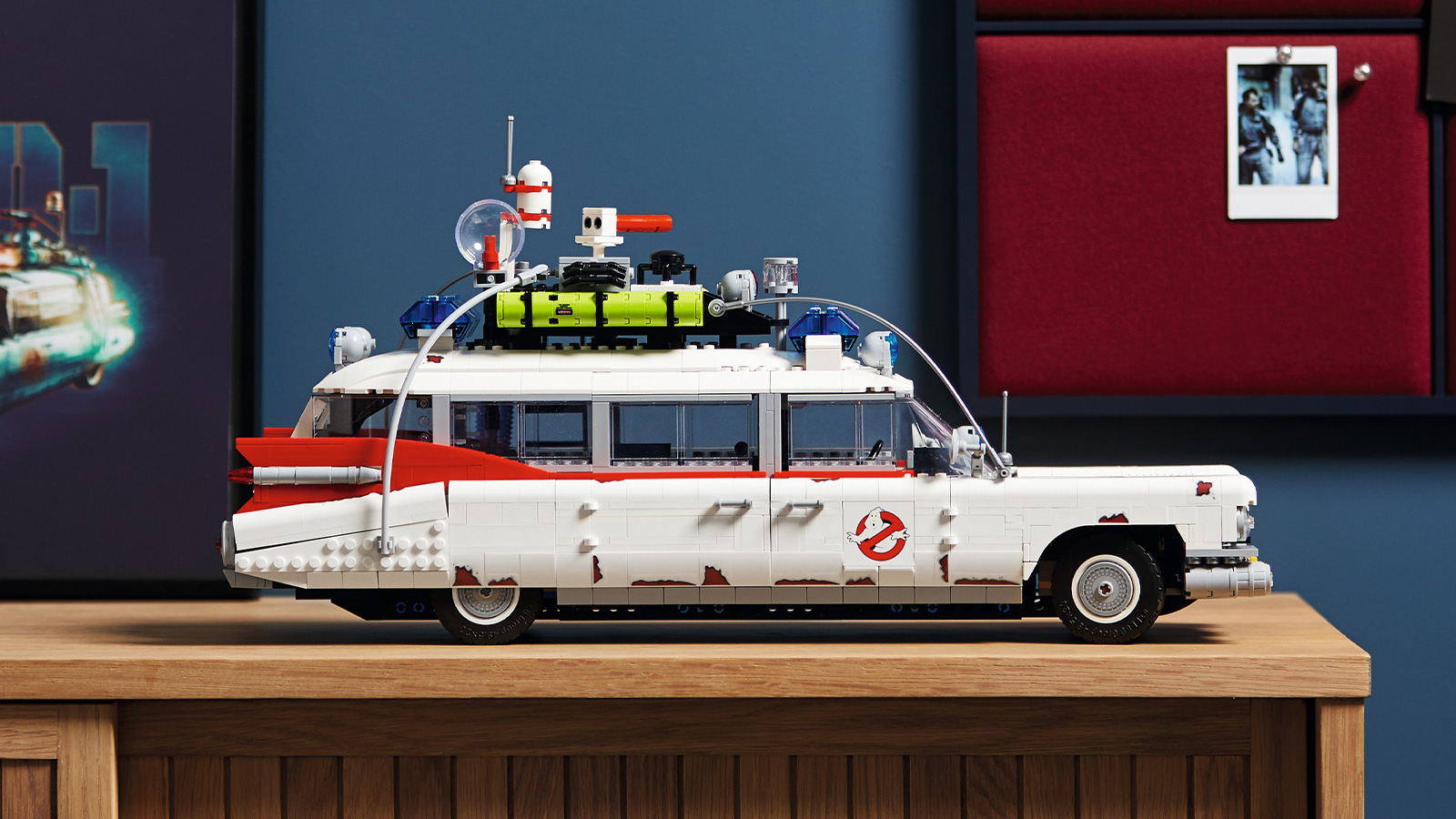 Get ready for some nostalgia-driven, cross-marketing as LEGO announces a detailed LEGO set of the famous 1959 Cadillac Miller-Meteor Ambulance, aka ECTO-1, from the cult-classic film franchise Ghostbusters. This new brick recreation comes just in time for the holiday season and is more than likely doing its part to remind our 2020-weary minds that a new Ghostbusters film is scheduled for summer 2021. According to the film’s teaser trailer, ECTO-1 returns in the reboot with several decades of rust and patina and new abilities to answer the question, “Who you gonna call?”

Fans of both film and toys can now build their own chrome-finned ghost catcher movie car. LEGO rates this brick set for ages 18+ due to the details on this vehicle made up of over 2,300 bricks. More than just a rolling statue, the LEGO Ghostbusters ECTO-1 features a hood that opens to view the engine, a rotating rear-passenger gunner seat, and can launch a ghost trap from the rear hatch at the pull of a lever on the roof. LEGO states that this is the largest and most detailed ECTO-1 model ever.