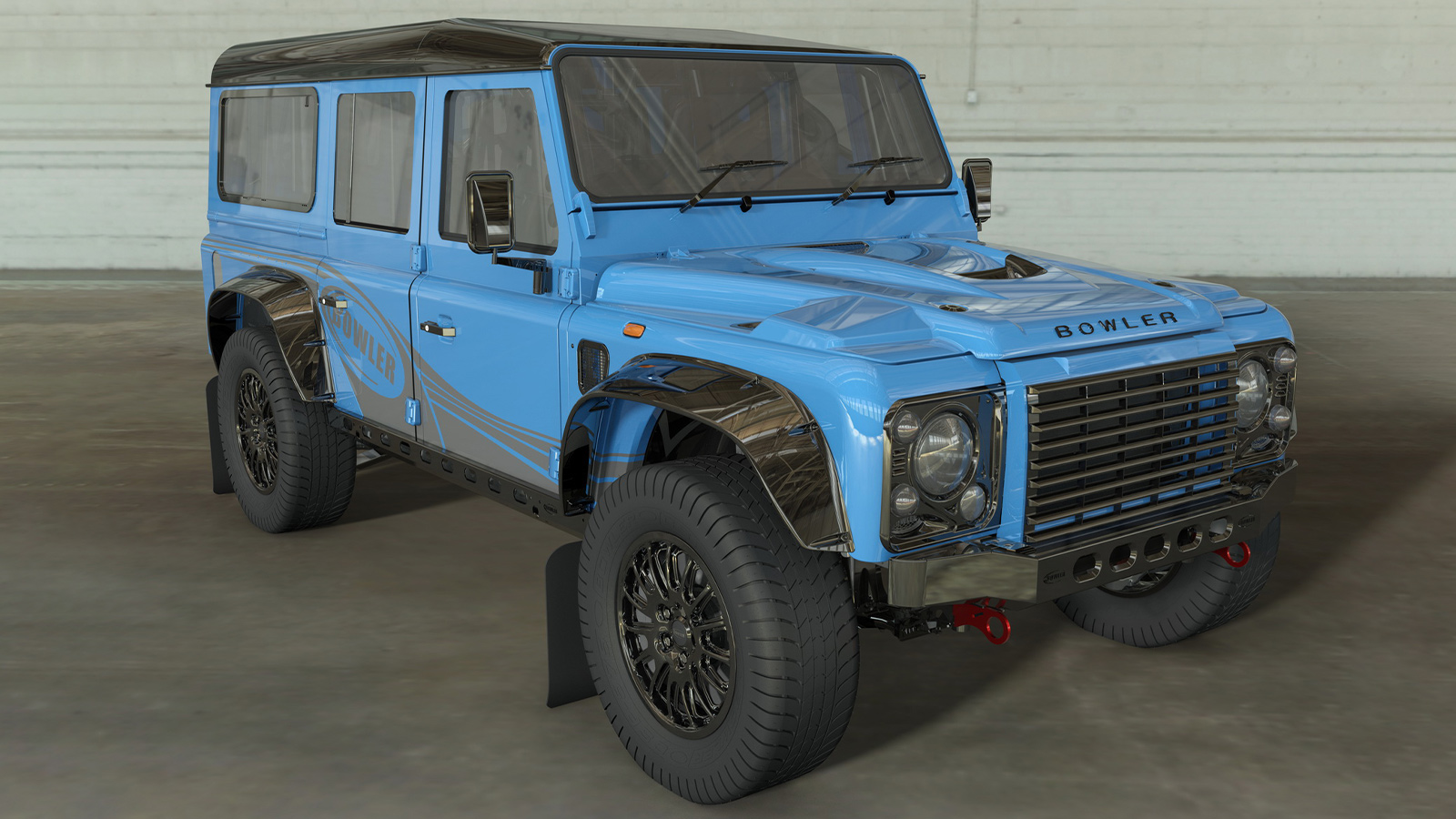 There is good news for fans of the iconic Land Rover Defender 110 who aren’t fans of the newer models. Off-road automaker Bowler has been granted permission by Jaguar Land Rover (JLR) to use the Defender’s body for a new vehicle project called CSP 575. Old style body, new DNA, that’s the goal for this high-performance off-roader.

The Land Rover body is mated with Bowler’s high-strength steel chassis. Unlike an original Defender 110, the CSP body panels will be constructed using aluminum alloy. Even though Bowler is known for building competition-ready off-road racers, the CSP 575 will include seating for four-passengers and a luggage rack. Powering the Bowler CSP 575 will be a Land Rover developed 5.0-liter supercharged V8 producing 567 horsepower. Each vehicle will be assembled by hand in England, making them quintessentially British. Bowler plans on a limited production run of the CSP 575 and will be launched in 2021. Interestingly enough, Bowler stated that the CSP 575 would be the first of several new projects to debut over the coming years.