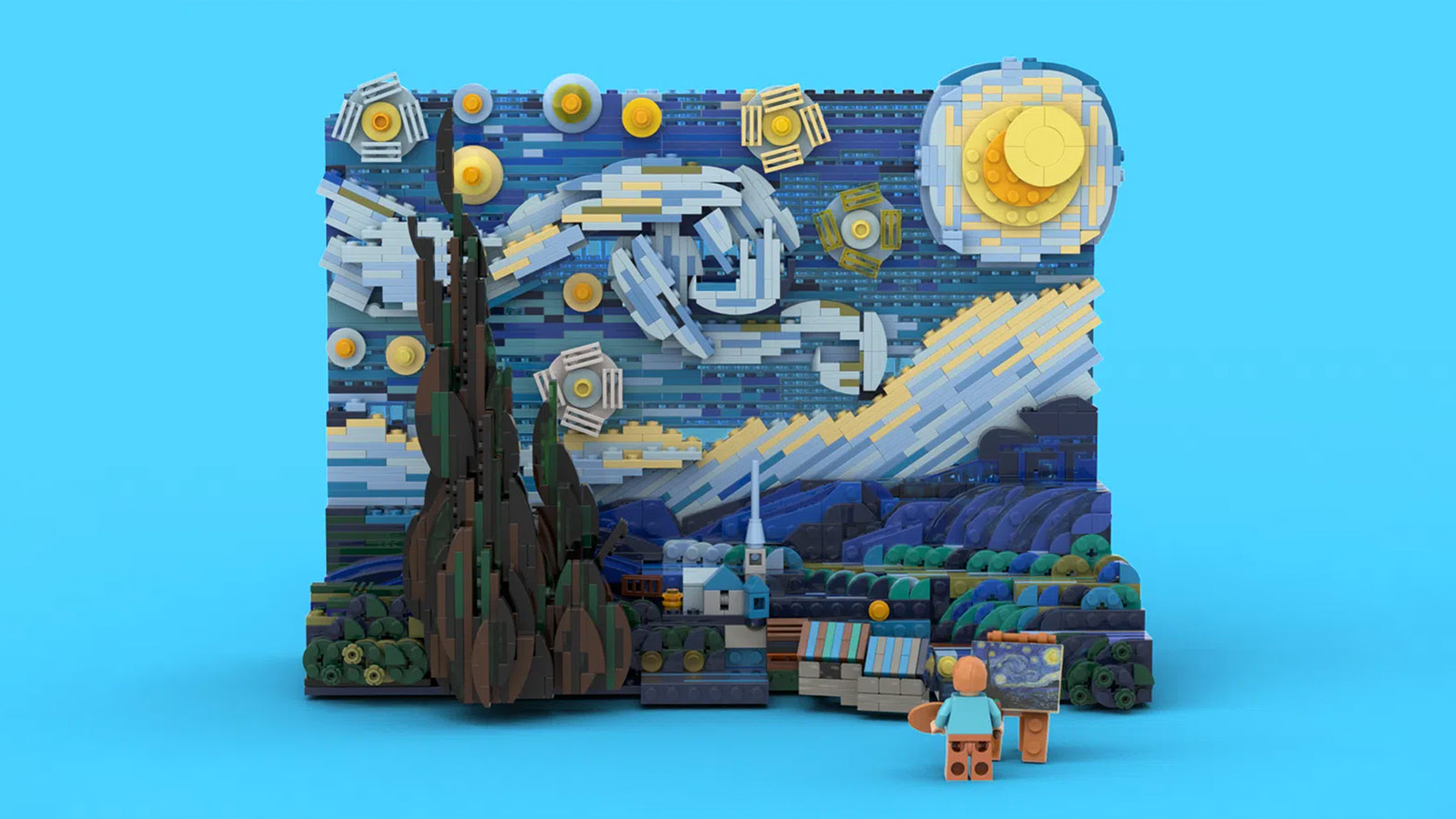 LEGO brings Van Gogh’s iconic nighttime painting to a new medium with the company’s LEGO Vincent van Gogh “The Starry Night” set. The set reimagines the painting in a blocky, three-dimensional form while remaining true to what makes this painting such a classic work. LEGO’s “The Starry Night” set brings depth to the painting by layering blocks on one another to create the bushes, cypress tree, clouds, and stars. At the same time, the set still retains a strong sense of Van Gogh’s color palette and brush strokes through the creative use of the blocks.

For example, an inclined plate stack forms the right sky and closely mimics the original painting’s brush pattern. Curved pieces are stacked together to create the cypress tree on the other side, which has a significantly different stroke pattern. Also included in the set is a Vincent van Gogh minifigure, who is equipped with a paintbrush, palette, easel, and canvas to work with. On the canvas, of course, is a print of “The Starry Night”. Set up the minifigure, and it’s almost like he’s working on the painting as you build the set yourself. Expect to spend a little time on this LEGO set, as it includes 1,552 pieces in all.

Check out another of LEGO’s newest sets – the Creator Kit of a Porsche 911.