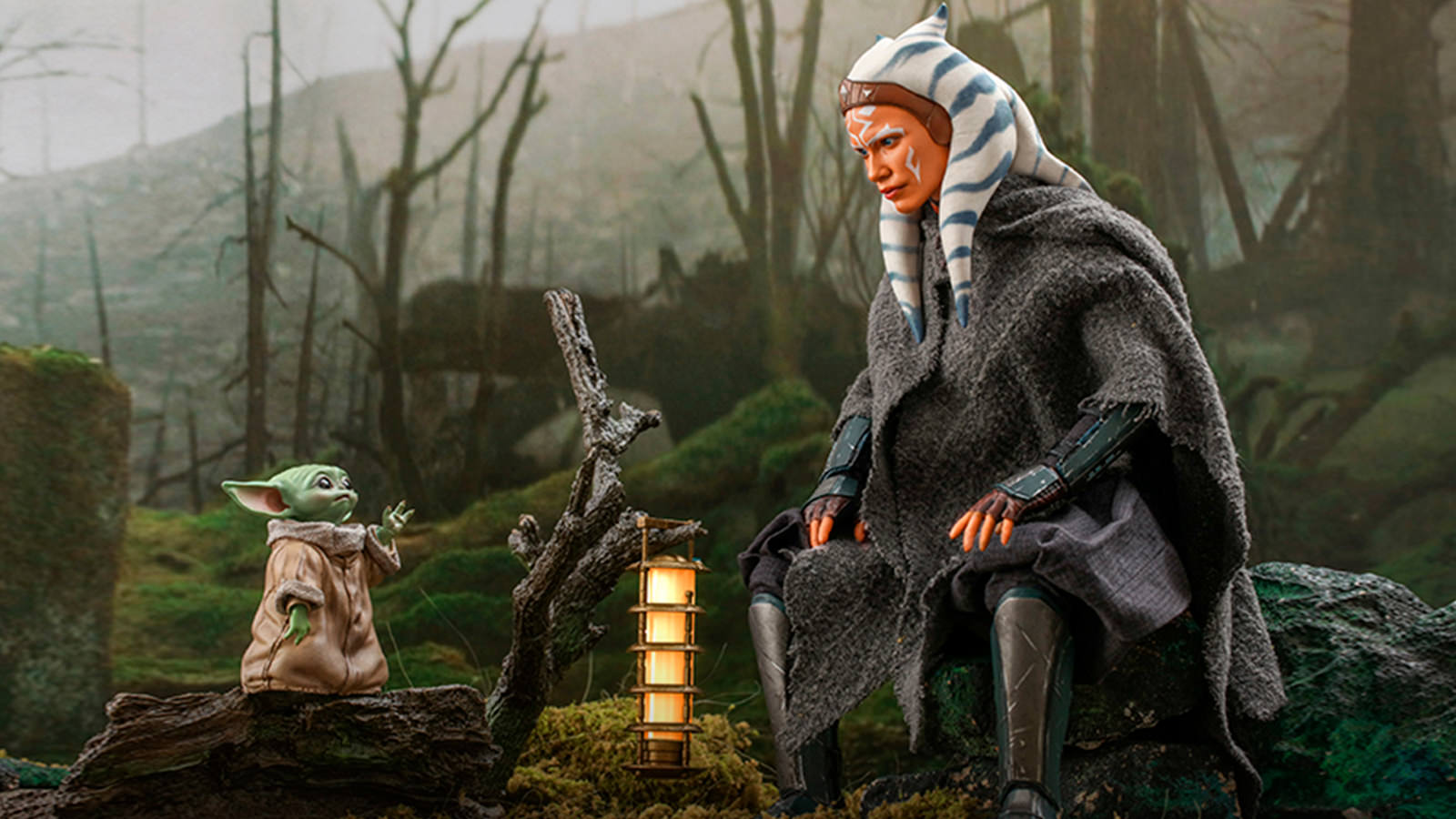 Hot Toys just revealed the all-new Ahsoka Tano 1/6 scale figure, and an Ahsoka & Grogu 1/6 scale figure set. The brand will offer a standard and deluxe version of the beloved Jedi warrior. The first is a single 1/6 scale figure with an all-new diorama-themed base. The second is a collectible set which also includes a 1/6 scale Grogu, and a forest-themed backdrop. The figures are based on Ahsoka Tano, played by Rosario Dawson in season two of the Disney+ series ‘Star Wars: The Mandalorian.’ The deluxe set includes a base (and accessories) inspired by Ahsoka Tano’s encounter in ‘The Mandalorian’ with the baby Yoda character, aka Grogu.

Included in the Ahsoka & Grogu 1/6 scale figure set is a weathered cloak, a fabric vest with layered collars, a pair of weathered gauntlets with forearm gloves, and a belt with detailed accessories. To complete the look, Ahsoka also comes with one grey patterned sash, a pair of tailored pants with detailed patterning, and another pair of shoes with weathered leg armor. Of course, no Jedi is complete without their ancient weapon. Ahsoka comes with one pair of lightsabers, and a pair of lightsaber blades in motion (attachable to the hilt). Finally, Ahsoka’s forest-themed backdrop and specially designed walkway diorama figure base complete the package. Both the standard Ahsoka set and the Ahsoka and Grogu deluxe set are expected to release in late 2022 but are available for preorder now.