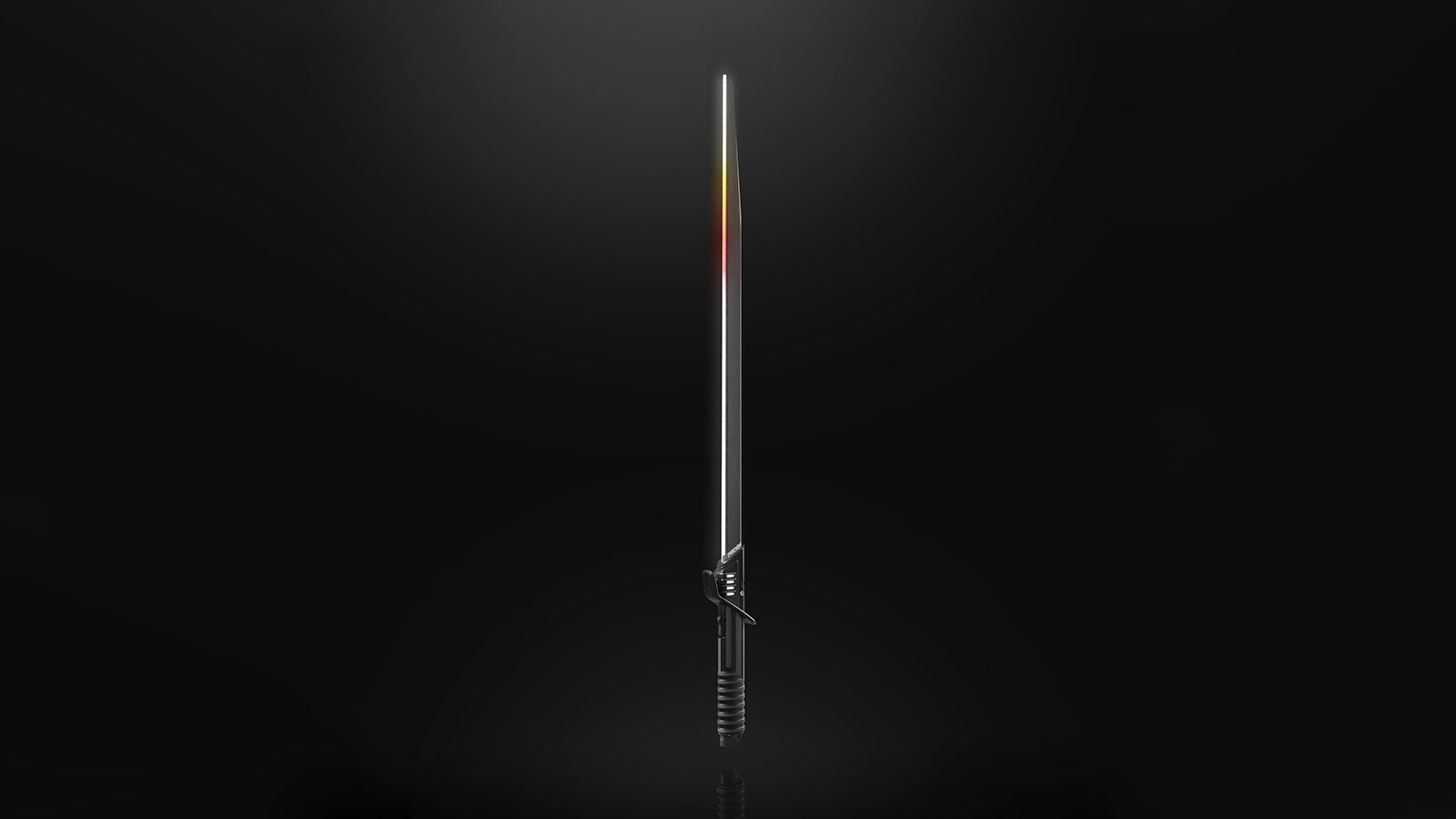 Star Wars and The Mandalorian fans will soon be able to wield their very own Darksaber, the highly recognizable weapon with a black-energy blade lined with a crackling white edge. Hasbro has announced the release of Star Wars The Black Series Mandalorian Darksaber Force FX Elite Lightsaber. The Darksaber of Mandalore has a long and storied history since it was first unveiled in the animated series Star Wars: The Clone Wars. It has since played a key role in Star Wars Rebels and made a surprise return in The Mandalorian.

The Darksaber is the latest addition to the Force FX Elite Lightsabers line from Hasbro, revealed as part of Mando Mondays, an offering of Mandolorian inspired products. The Darksaber has a light-up metal hilt with a surprising heft and feel to it. Coupled with the Darksaber’s distinctive flat blade and black-and-white color, it represents the quality and authenticity that Star Wars devotees love. Featuring authentic sound effects including power-up, power-down, and motion sensor-controlled idle hum and battle clash effects, the Darksaber is available to pre-order and will be shipped in the summer of 2021.