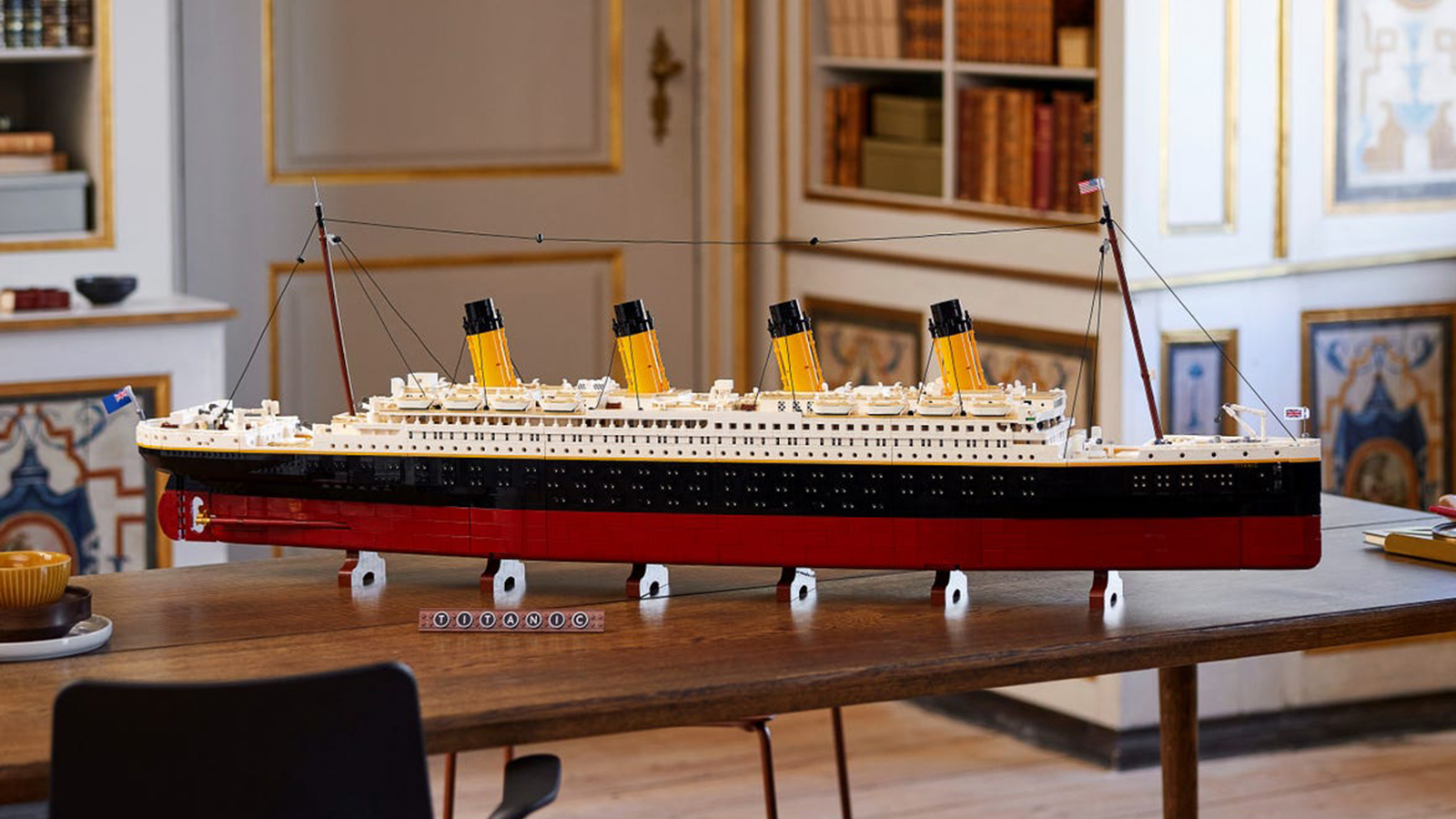 LEGO fans and builders will be excited to learn of LEGO’s recent release: the RMS Titanic, one of the most famous ships of all time. The LEGO Titanic takes the honor of being the longest LEGO set ever measuring 4.4.-feet long, 18-inches tall, and 7-inches wide when fully assembled. The set consists of a whopping 9,090 pieces, bringing it in less than the company’s World Map set, which has 11,695 pieces.

LEGO said it relied on the Titanic’s original blueprints to create the 1:200 scale model of the ship that was launched 110 years ago in Southampton, England. LEGO Design master Mike Psiaki called it an “incredible journey” to recreate the iconic vessel from blueprints created more than 100 years ago. “Designing the LEGO Titanic with such a focus on immense detail and scale, but also accuracy, has allowed us to create one of the most challenging building experiences to date,” Psiaki said.

The LEGO Titanic set can be split into three sections to show off the impressive interior which includes the Jacobean-style Dining Saloon and Engine Room, where builders can turn the propellers to watch the piston engines turn inside. Also included is the first-class grand staircase which spans six decks. On the exterior of the ship, builders will construct the ship’s bridge, promenade deck, and swimming pool. The LEGO Titanic set is perfect for display and comes with a unique plaque with the ship’s name. This impressive set is available for pre-order starting November 1st and will go on sale on November 8th.

For another of LEGO’s latest releases, check out the Super Mario 64 Question Mark Block Set.