Most supercar fans know that Enzo Ferrari’s first son, Alfredo “Dino” Ferrari, died tragically of illness in 1956. However, did you know Mr. Enzo had a second son? His name is Piero Lardi Ferrari, and he is Enzo’s only living son. It comes as no surprise that Piero shares his father’s passion for the prancing horse. Bonhams recently sold a vintage Ferrari special ordered by Piero in the 1980s. The car was auctioned at The Monaco Sale at the Fairmont Hotel in Monte Carlo. This special-ordered 1983 Ferrari 400i GT Coupe is a one-of-a-kind optioned car among an already limited production run. The final bid was less than $85k, which puts it on a low retail shelf compared to multi-million dollar collector Ferraris. Nevertheless, this is an exciting car that has not seen in public in several decades.

Piero Lardi Ferrari ordered this Ferrari 400i GT coupe in ‘Blu Ribot’ exterior with beige leather interior. This car was the only 400i special ordered with a third rear seat instead of central armrests. The Ferrari 400i GT was the first Ferrari to offer an automatic transmission, but Piero opted for the five-speed manual. In 1979, the 400 GT model received fuel injection as an option for only 400i models. By 1982, the Ferrari 400 and 400i were given interior and performance updates, and of the 1304 cars built, only 422 were GT spec. The vintage GT car uses a fuel-injected 4.8-liter V12 producing 310-horsepower and is capable of reaching zero to 60 in 7.1 seconds.

Piero Lardi Ferrari’s 400i GT has only had three previous owners. The new caretaker of Piero’s Ferrari is getting a bargain. Its service history log shows the same garage has serviced it since 1989. The model, owner history, and color make this Ferrari a black sheep by comparison, which could have hurt its sale on the auction block. But, for the person looking for a Ferrari that’s guaranteed to stand out at Cars and Coffee, it doesn’t get more hip than this.

For more on Ferrari, take a look at the Ferrari 830-HP V12 Supercar. 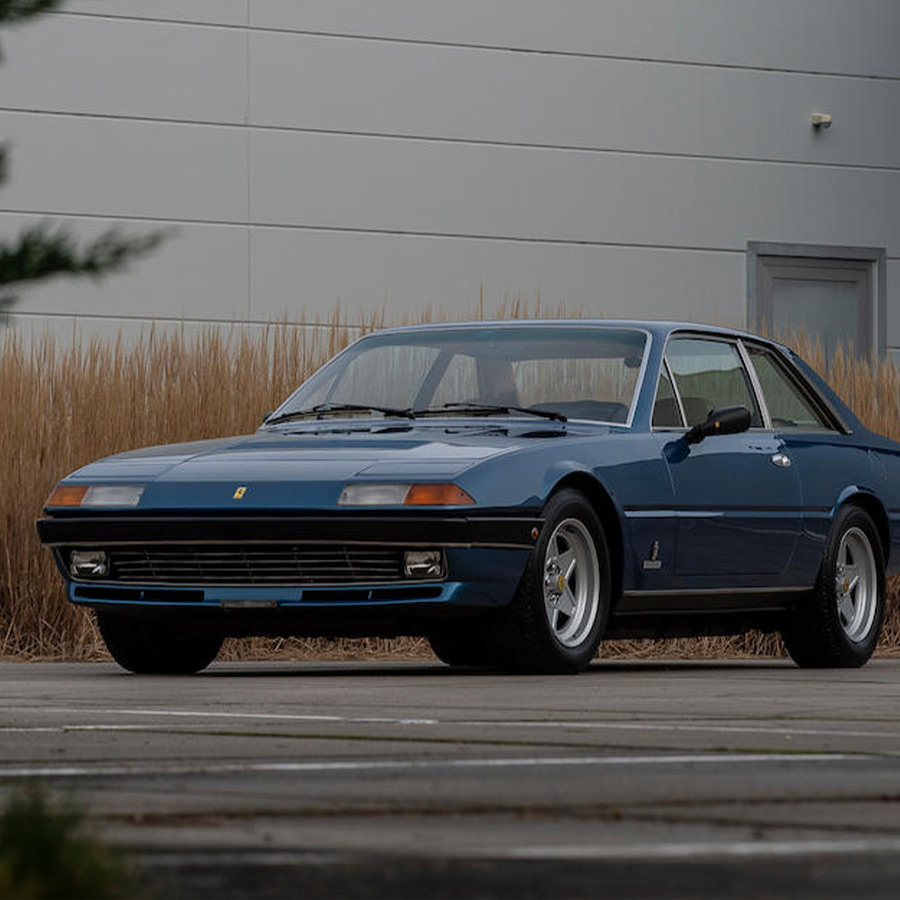