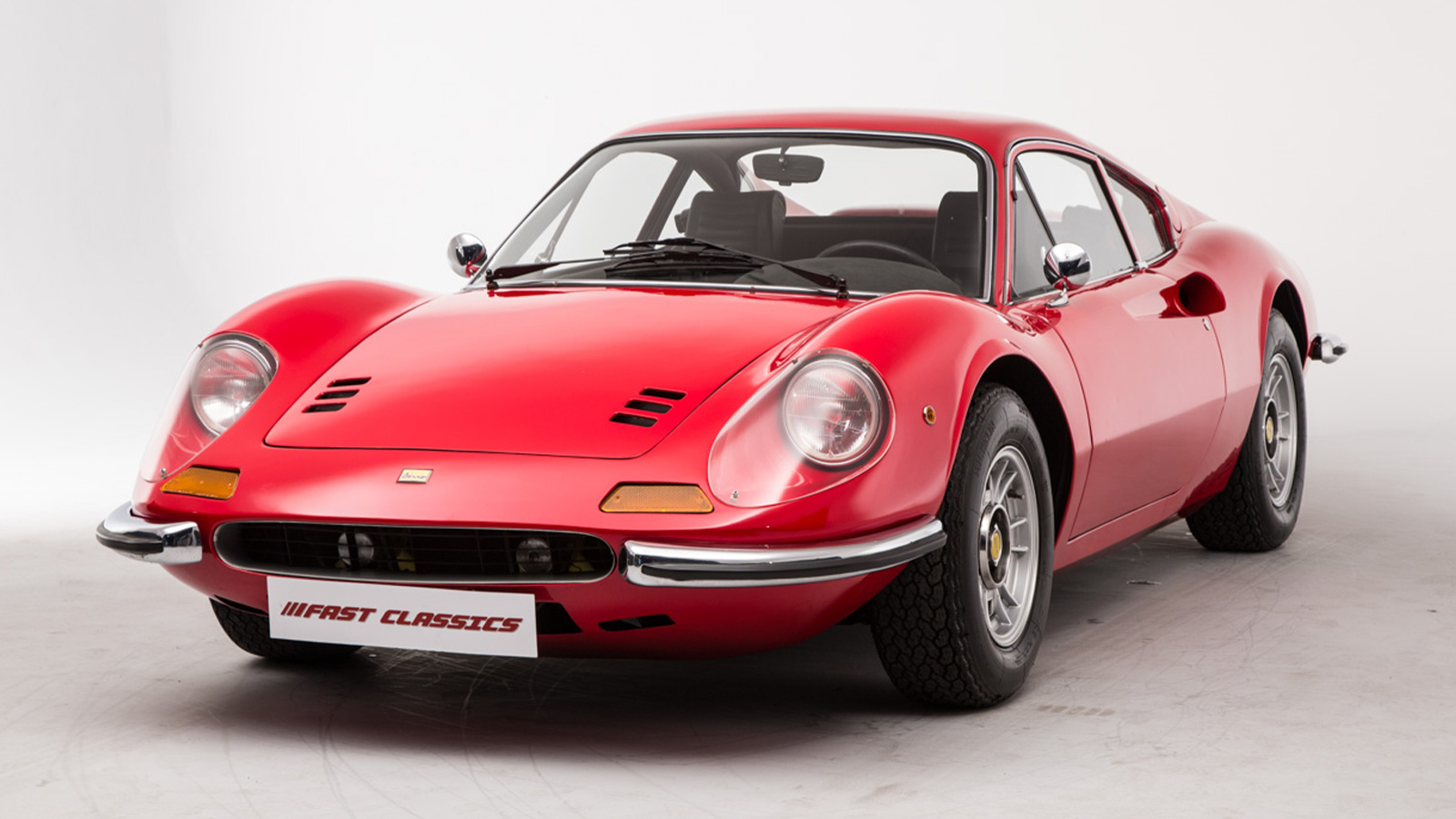 The Ferrari Dino is a sports car associated with a tragedy. The car was named after Enzo Ferrari’s son, Alfredo “Dino” Ferrari, who died in 1956 at the age of 24 from Duchene muscular dystrophy. Before his death, Dino Ferrari developed a 1.5-liter V6 racing engine that he never got to see in full operation, but the racing series would be named after him in 1957. Having a powerful V6 engine prompted Ferrari to build an affordable mid-engine sports car to compete against the Porsche 911 in 1968. This new car was named the Dino GT.

The Ferrari Dino GT production ran from 1968-1976 and went through several engine variants. Dino models used Ferrari’s engine naming designation where the first two digits signify the engine’s displacement and the last number showing how many cylinders it uses. In this particular Rosso Chiaro red 1972 Ferrari Dino 246 GT, it uses a 2.4-liter V6 engine. This car is currently for sale on Fast-Classics with a six-figure asking price. The car’s history started with being ordered through Maranello Concessionaires, United Kingdom, by the Frank Williams Racing team. The red Dino 246 GT features electric windows, Cromodora wheels, and a mouse-hair dashboard inside a black leather interior.

According to the vehicle listing, this ’72 Ferrari Dino 246 GT is in remarkable condition with only 30k original miles. The car comes with several decades of documented preventative maintenance to ensure it was always in excellent condition and the all-important original tool kit. This iconic classic Italian sports car is ready to transport you to the finer things in life.

If this interested you, check out Spofec’s Rolls-Royce Cullinan Black Badge. 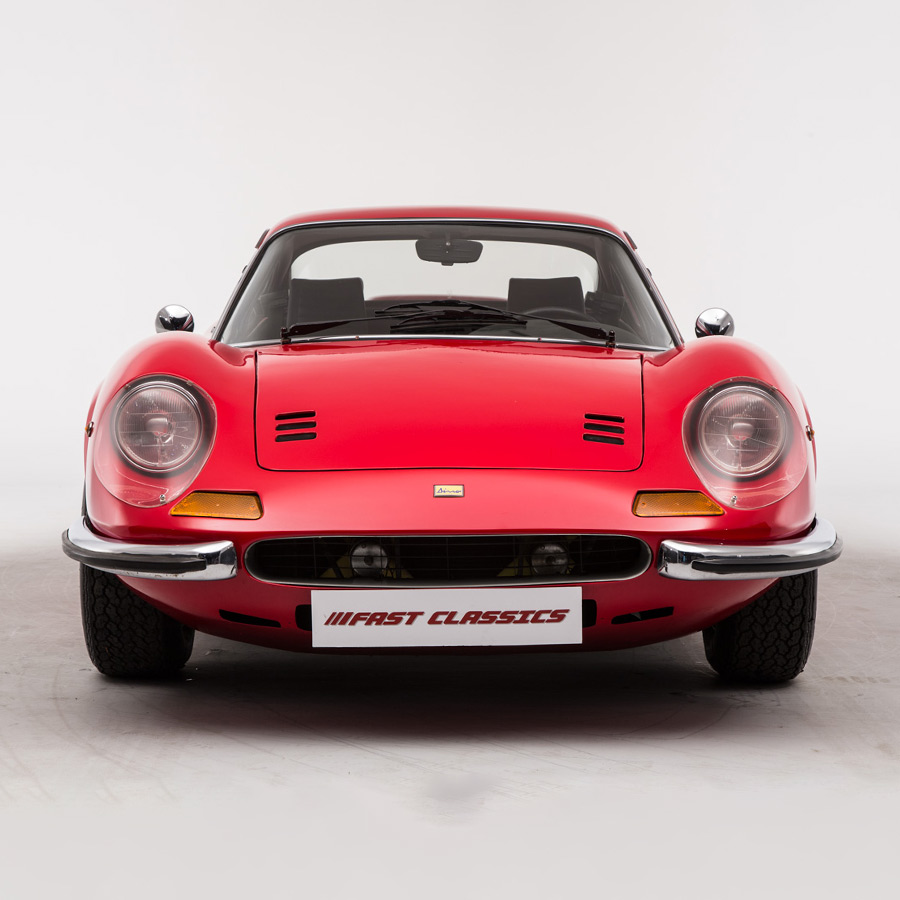