Collector car broker Auxietre & Schmidt recently posted a listing for a 2017 Alfa Romeo Disco Volante Spyder by Touring. With a name like that, you are right to assume it’s a beautiful Italian convertible sports car, but that is only the tip of the custom-built iceberg. This Disco Volante Spyder is the last one in a limited production of seven ever built by famed coachbuilder Carrozzeria Touring Superleggera. Underneath the Disco Volante’s art-in-motion sculpted bodywork is the DNA from an Alfa Romeo 8C Competizione Spider.

You may also be interested in checking out IMBOLDN’s Brand Guide: Alfa Romeo. 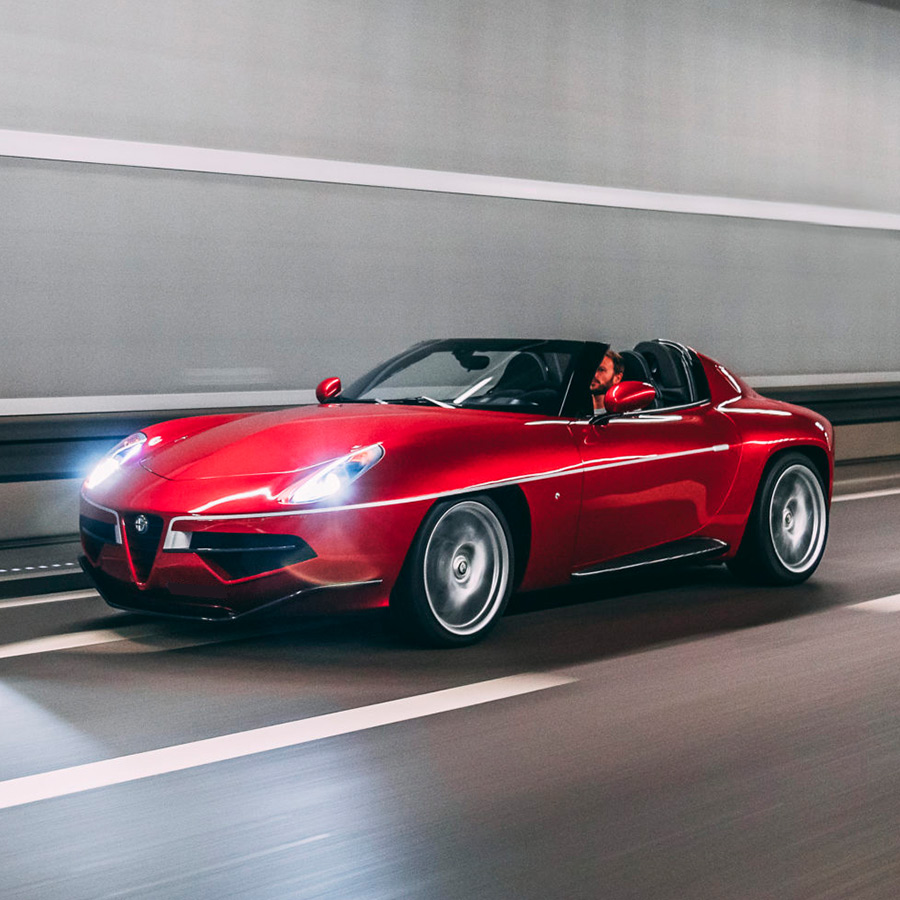