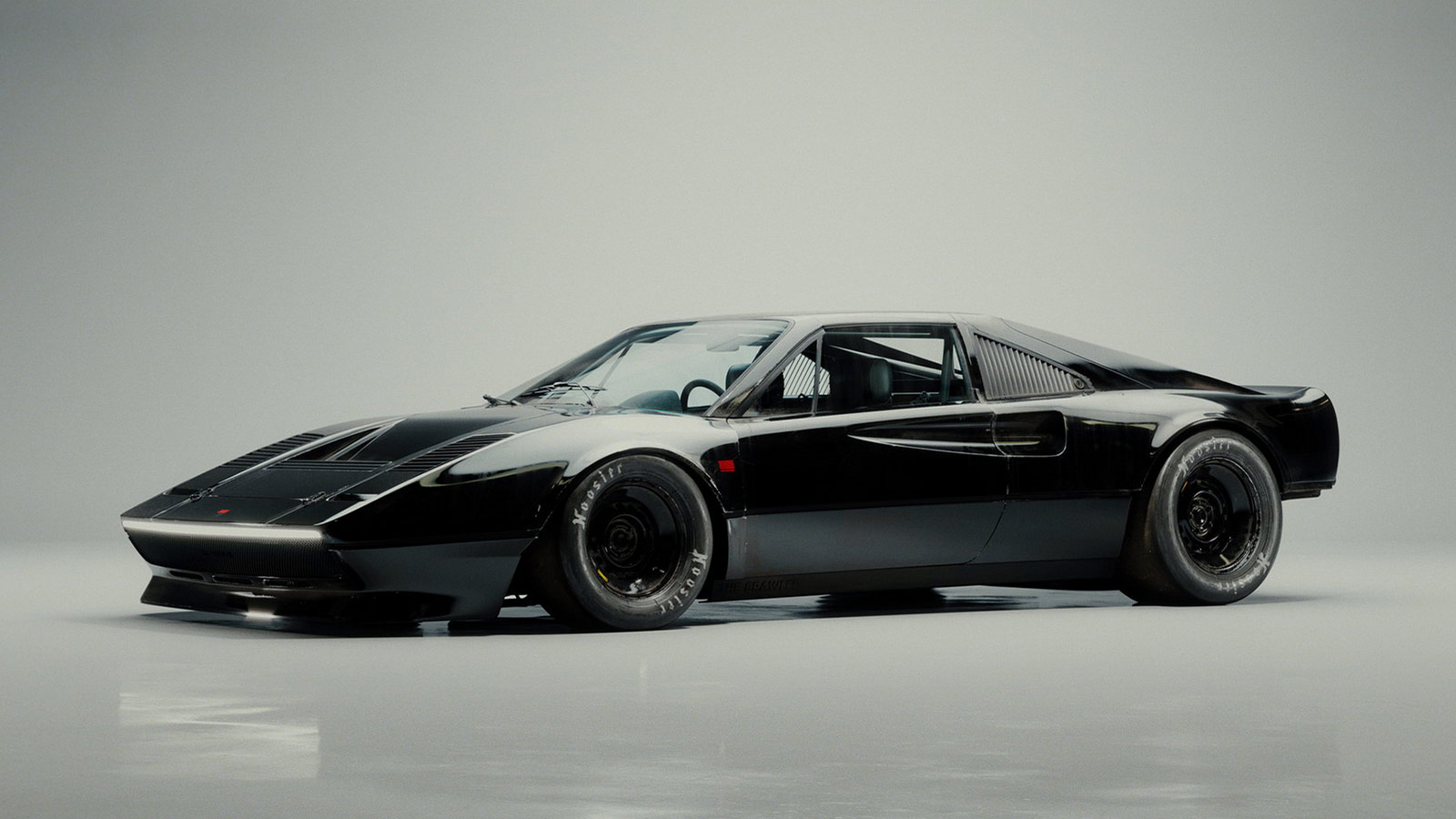 Tom Selleck’s mustache is what usually comes to mind when one thinks of a red Ferrari 308. Designer Carlos Pecino, however, had a completely different vision. His rendering of a resto modded Ferrari 308 is called The Brawler MHC 001 and is a sinister take on a classic 80s supercar. According to Pecino, with the Ferrari 308 “The Brawler,” the design goal was to keep the car’s original shape but add a proverbial chip on its shoulder and make it more aggressive. The car sits on a set of big, meaty Hoosier slick tires directly inspired by NASCAR stock cars. The Brawler also wears a slightly wider body to house the bigger wheels with a roll-cage and wears a midnight shade of black gloss paint.

A dream car would not be complete without rendering something special under the hood, and the Ferrari 308 Brawler MHC 001 is no different. The car’s race-ready-attitude is backed by a 4.0-liter twin-turbo V8 taken from a McLaren 720S. That means The Brawler packs 710 horsepower and 568 pound-feet of torque behind its punches. The car also uses a MonoCage II passenger cell from the McLaren 720S to enhance The Brawler’s handling. Now that we’ve seen it, someone, somewhere, needs to build it!

You may also be interested in checking out The Last 2017 Alfa Romeo Disco Volante Spyder Is For Sale. 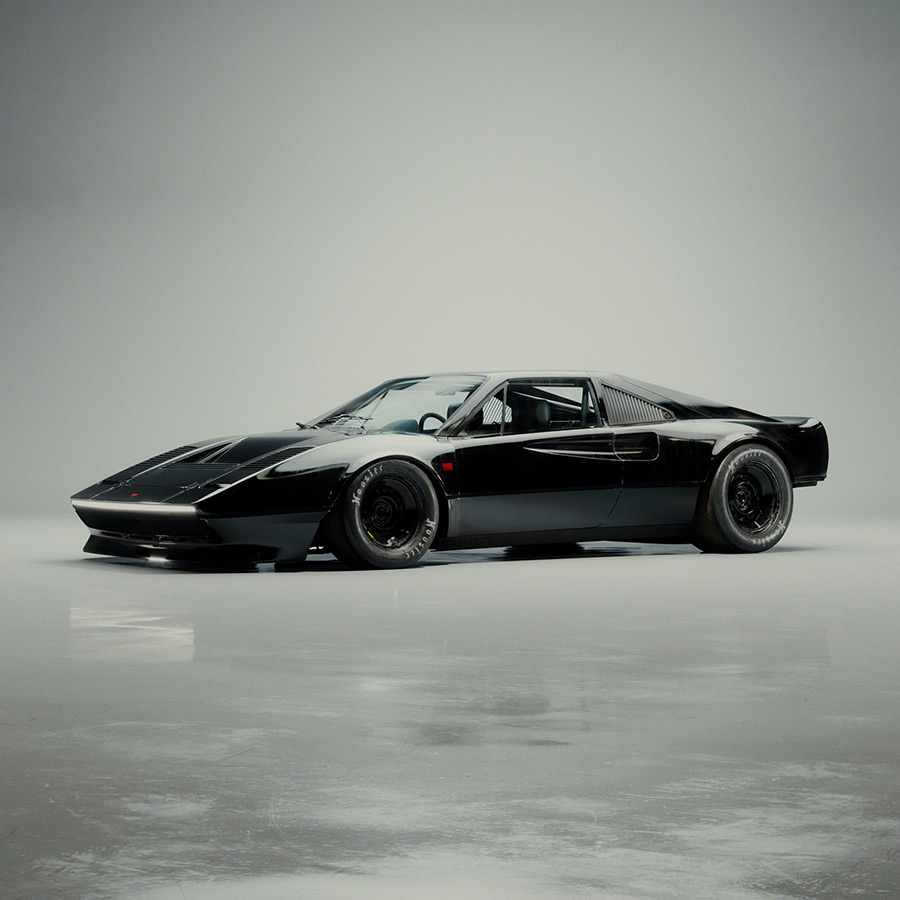