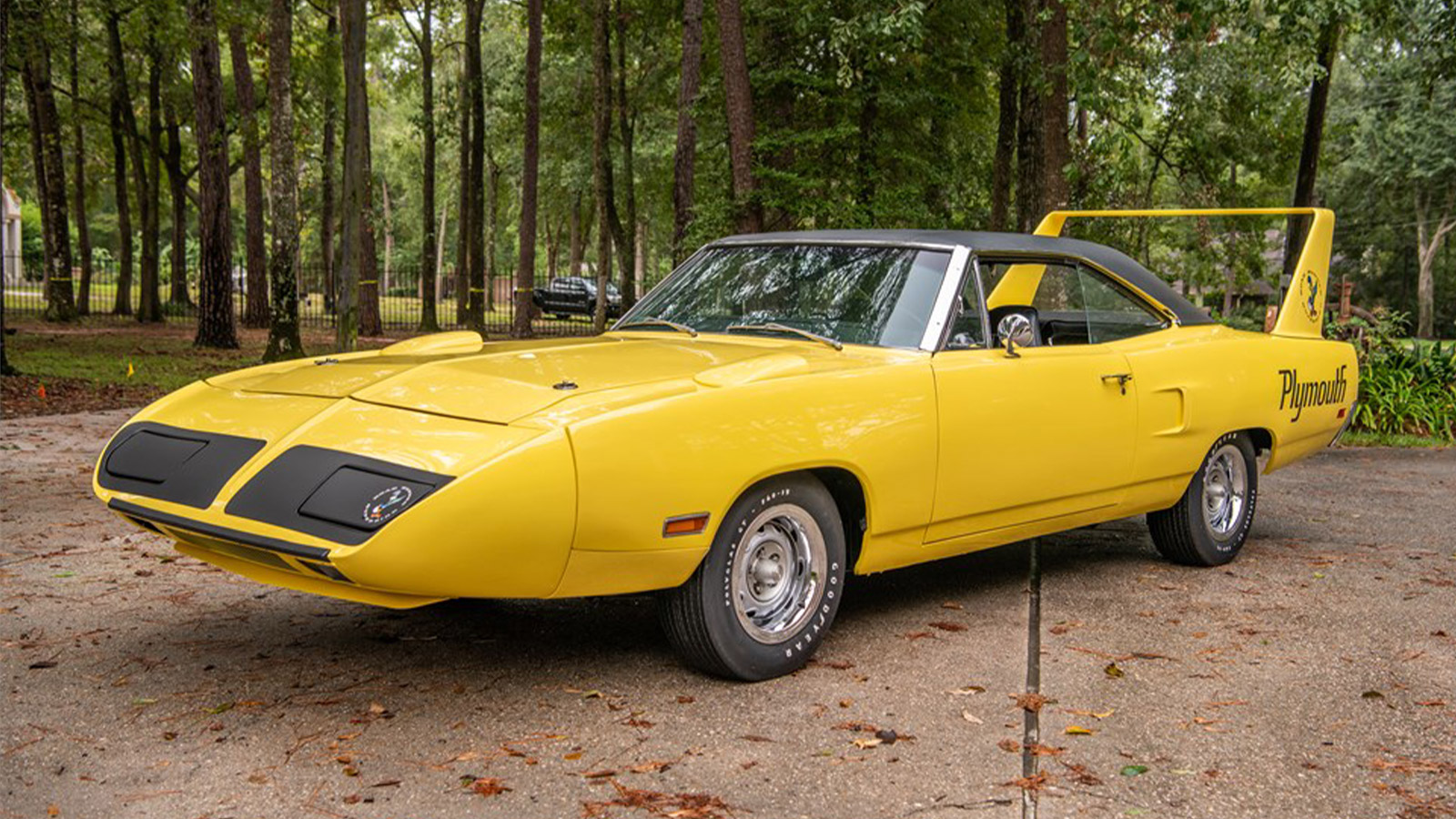 The 1970 Plymouth Superbird, and its Dodge Daytona sibling, were winged-warriors built to do one thing – win. These Hemi powered brutes dominated NASCAR in the 1970 season. These cars broke the 200 mph barrier and were so successful on the large oval tracks that they were banned for 1971. Even though the Daytona and Superbird’s glory was short, it left a lasting impression on muscle car enthusiasts. Today, these cars are some of the most desirable muscle cars to come out of the horsepower-wars of the late 1960s and early 1970s. Considering that Plymouth produced less than 2,000 production models of the Superbird in 1970, you can bet these cars have a high resale value amongst collectors.

This FY1 Lemon Twist Yellow 1970 Plymouth Superbird has spent its entire life in Texas. That’s good for one significant reason – no snow means no rust. According to Auto Hunter, the Superbird has been fully restored to its factory condition. Well, mostly. The 440ci engine is not original to the Superbird and was stroked to 505ci with a Six-Pack (three two-barrel carburetors) for more tire-burning power. The Plymouth four-speed manual transmission is original. According to the seller, the car has only traveled 20 miles since the restoration was completed and is offered with a clean Texas title, original trim tag, and paperwork. At the time of this publication, there are 14 days left on the Auto Hunter’s online auction with a current bid of $105,000.