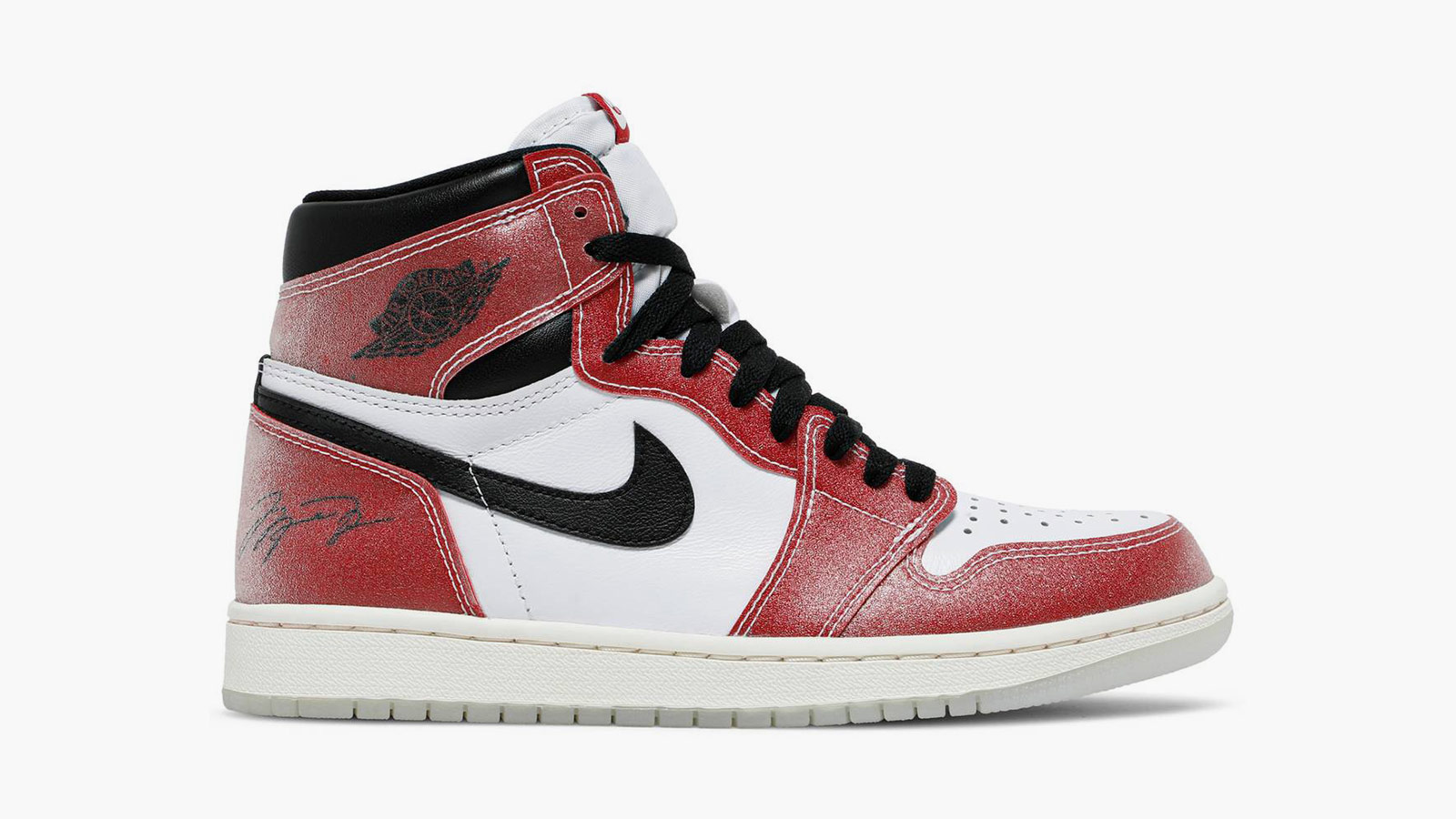 In a year where we have already seen a number of Air Jordan collaborations, Michael Jordan’s son Marcus and his Trophy Room store are adding to the list with the release of the Trophy Room x Air Jordan 1 Retro High OG SP ‘Chicago’. The back story to this new release has to do with the infamous “freeze out” of Jordan that took place during his first All-Star Game in 1985. It is alleged that a number of his fellow players were so resentful of his skills and brash confidence that they decided to embarrass MJ by refusing to pass him the ball, keeping him to only 7 points.

The Trophy Room x Air Jordan 1 Retro High OG SP ‘Chicago’ shoe wears the classic Chicago color scheme but the red overlays come with a glittery finish while the traditional red stitching on the upper has been replaced with a contrasting white. The shoe’s standout detail is Michael Jordan’s signature stamped on the heel counter along with a co-branded patch stitched onto the footbed. Capping off the look is a vintage-styled sail midsole and a translucent outsole. Marcus Jordan’s Trophy Room is restricting this release to just 12,000 pairs, so fans may have to jump through some hoops themselves to get ahold of these sneakers.

You may also want to check out Nike Hyperdunks Designed For Barack Obama.