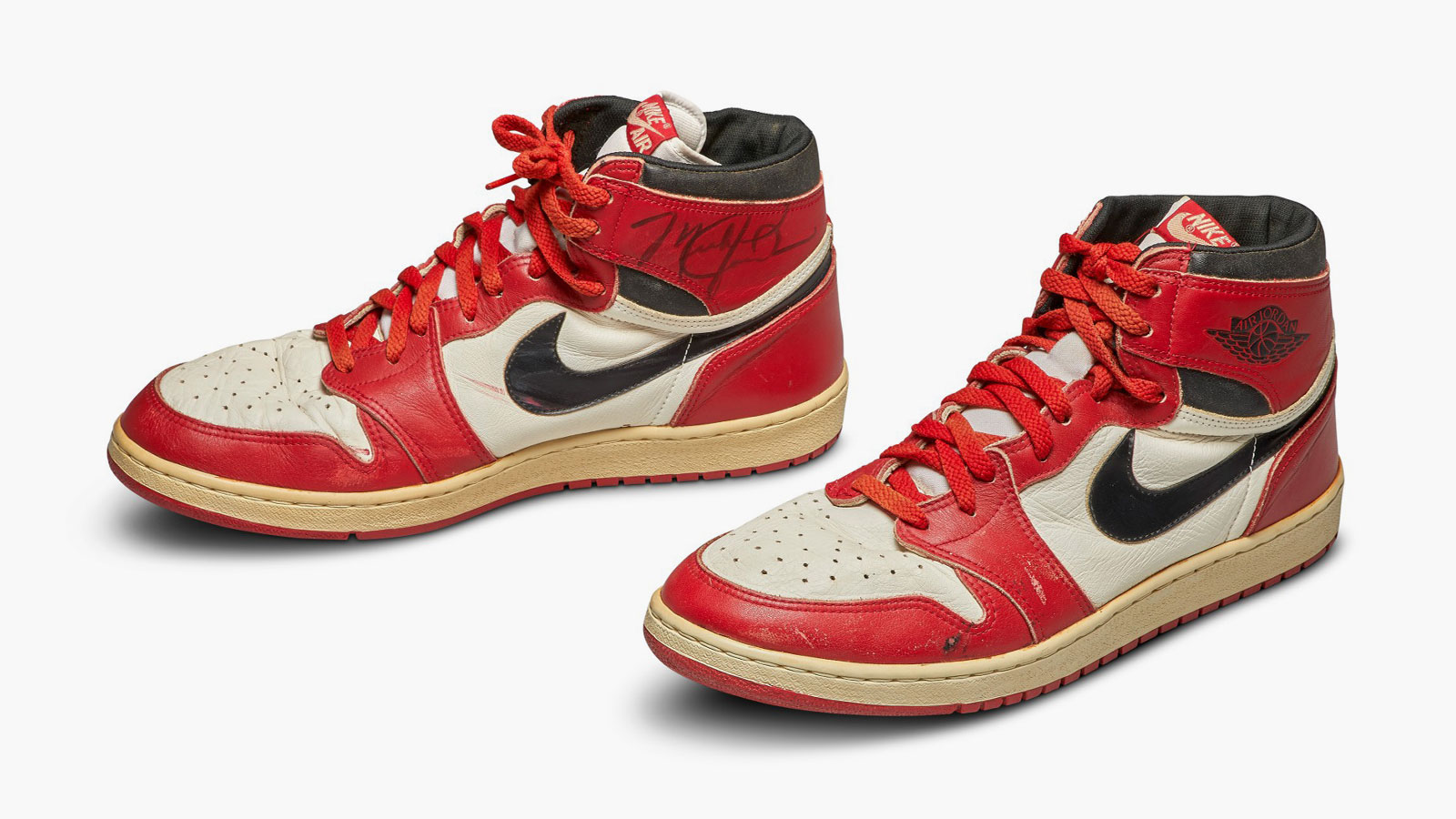 The 1985 Air Jordan 1 ‘Player Sample’ in its iconic Chicago Bulls colorway offers the opportunity to do what other NBA legends have only tried to do — step into the shoes of Michael Jordan. These game-worn Jordan 1’s are accompanied by a letter of authenticity that verifies they once belonged to His Airness himself. When MJ first put this pair on, it was only a year after Nike gave him his own line of clothes and shoes. The move reshaped the relationship between the sport and its sneakers, paving the way for countless collaborations between all-stars and the ever-enduring brand. This pair has been there from the very beginning of that journey.

If you peek on the inside of these shoes, in sizes 13, 13.5, you’ll find the coding 850204 TYPS. The numbers stand for the dates of production, meaning that this pair of Jordans was manufactured sometime between February and March of 1985 in the Player Sample style in the Tong Yang factory. While certainly a splurge, these incredible shoes are an investment in style, history, and a step closer to greatness.