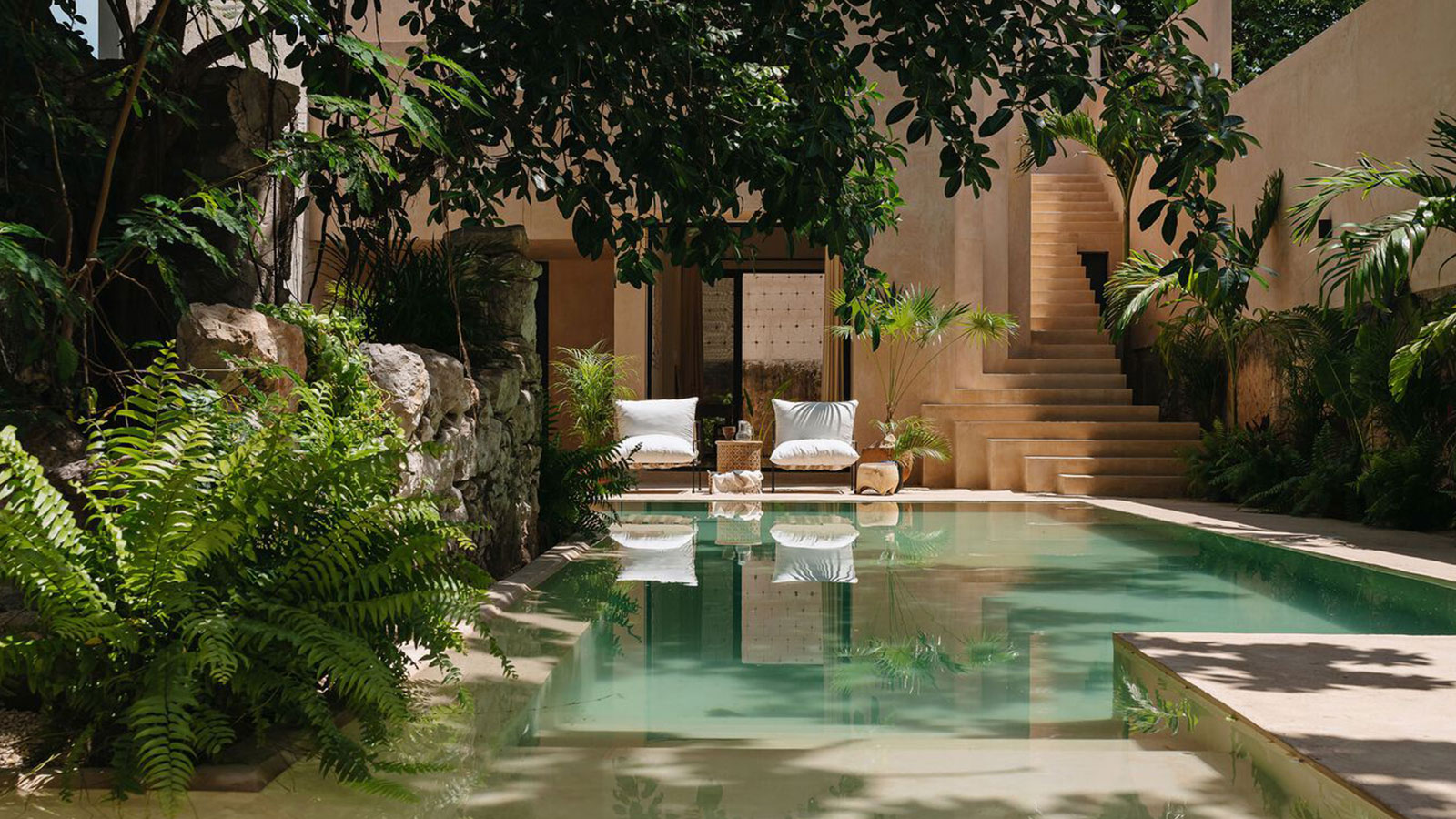 Mérida-based Workshop Diseño + Construcción recently completed the renovation of Casa Huolpoch, a 20th-century example of Colonial architecture. Casa Huolpoch, located on the Yucatán Peninsula of Mexico,  was named after a local snake that was said to regularly visit the property’s ruins. According to lead architects, Francisco Bernés Aranda and Fabián Gutiérrez Cetina, “At Casa Houlpoch we seek to respect and rescue the historical values of Yucatecan colonial architecture, combining them with contemporary details and volumes; and with the comforts of today’s life, in a reinterpretative, pure and sober way, creating different atmospheres to relax and to enjoy the outdoors in the warm peninsular climate.”

The team at Workshop Diseño + Construcción added an unconventional volume at the back of Casa Huolpoch that serves as a contrast between the historical part of the residence where the steps to the second level (where two rooms and a terrace are located) serve as a visual axis. The existing steps are important to the overall design as they reference the meandering steps of the ancient Temple of Kukulkán of Chichén Itzá in Yucatàn. Meanwhile, the interior spaces are infused with modern touches reflected in the furnishings, artwork, and colors used throughout the living and sleeping areas.

Behind its colonial façade, with a total of 3,300 square feet of space, Casa Huolpoch accommodates four bedrooms and a studio apartment. The living room is done in pastel tones, with modern and casual furniture by Artesano, integrating greenery and pieces of art from Galería Urbana Blanquis located in Mexico City. We see in the dining room a Tzalam dining table and benches from Mozambique, where the Dutch owners of Casa Huolpoch lived prior to settling in the Yucatán Peninsula. The dining room is connected to a terrace through a sliding glass door, creating a feeling of spaciousness.

The kitchen, with finishings in “pasta tile” and white quartz, has a reinterpretation of the old Yucatecan hoods above the stove. In Merida, they refer to cement tile as “pasta tile” or “paste”. The gray pasta tile “carpet” is surrounded by an antique white floor border that joins the kitchen and dining room through three old colonial doors that were reused, preserving their character and historical value. In the central courtyard, a Chukum-finished pool is the centerpiece of this serene space. Chukum is an ancient stucco technique that finds its origins in Mayan culture. A large tree in the courtyard serves to shade this entire area and creates a perfect atmosphere to host family and guests.

For more innovative architecture, check out The Ledge by Wallmakers.