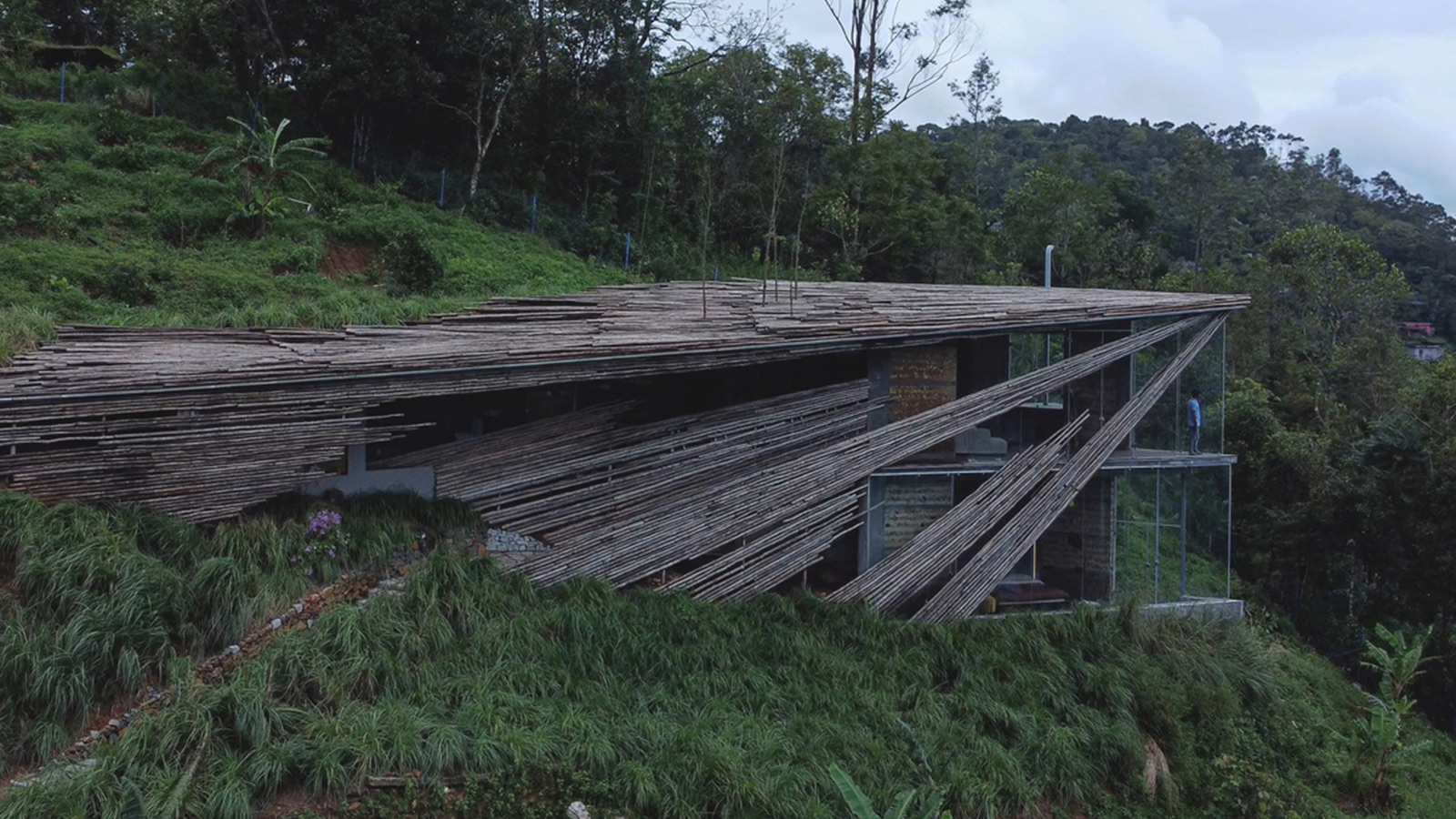 The Ledge is a 2,000 square foot residence built this year in Peerumedu, India, a spectacular village and hill station situated at 3,000 feet above sea level in the state of Kerala. Located in an area known for its pristine natural beauty, this singular residence was made largely of natural materials. Since its founding in 2007 by Vinu Daniel, the architectural firm, Wallmakers, has been devoted to the cause of using mud and waste as the chief components in designing and constructing buildings of all types. By way of explaining the firm’s philosophy, Daniel states, “Waste can be classified as anything that was produced, used and then discarded from its original function. While the work and construction of a building result in the production of a lot of scrap, we believe in not being deterred by this demon, but instead, have learnt to build with it.” This guiding principle informed the design and construction of The Ledge.

Integrated into a mountainside, The Ledge appears to be protruding as an extension of the mountain into the air. It becomes a virtual extension of the natural landscape as the roof and the external walls are made out of treated Casuarina poles, which is a fast-growing tree whose wood is considered waste and typically used only for scaffolding and fencing. The roof is a long expanse constructed with Casuarina-ferrocement (ferrocement is a material consisting of wire mesh and cement mortar) composite that is supported throughout thanks to the Casuarina trees planted at the outset of construction in the central courtyard of the house.

The internal walls of The Ledge are formed with loose stones recovered during the excavation process for the foundation. Said stones were used to create a SHOBRI (Shuttered Debris Wall), where the stones were inserted into the Debris mix in the shutters as alternating bands. The flooring is an assortment of cut pieces of wood waste. As one approaches the front elevation, floor-to-ceiling glazing serves to both retain heat and it also opens the main living space to the spectacular views of the valley below. The rooftop Casuarina pillars are strategically placed on different levels so that they serve as an outdoor party space with tables and benches. But the essence of this house still boils down to creating a living space that provides the best of both worlds, living inside a mountain and on a ledge that is in the clouds.

For another stunning architectural example, check out Osulloc Sullochyangsil House on the Korean Island of Jeju.